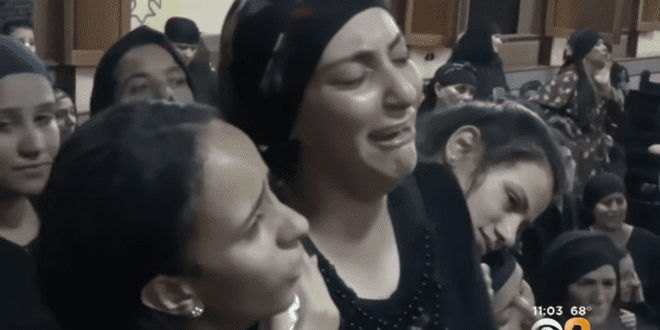 An Egyptian government-appointed village mayor has just ruled that a Christian family must sell its home and leave their village, in what is being described as a strange and unprecedented incident for that village.

This happened during a traditional “reconciliation session.”  In Egypt, local authorities and involved parties of a dispute often meet outside of courtrooms in an effort to resolve matters and restore peace before getting the law involved.

The case revolves around a young Coptic Christian who accidentally ran over and killed a Muslim girl in the village of Hawarat al-Maqta.  Despite the fact that such accidents are very common in the chaotic and near lawless roads of Egypt; despite the fact that even the girl’s father acknowledged that it was an accident and is not accusing the Christian youth; and despite the fact that these sessions are informal and meant to find the most equitable solution before the courts get involved—Mayor Hanni Snofar of Fayum governorate, who was invited to the session, ordered not just the expulsion of the youth, but his entire family, who must sell their home as soon as possible and essentially go in “exile.”

According to the August 15 report:

It was just another reconciliation session but it turned into a courtroom with the animated mayor ordering the selling of the Christian family’s home and their expulsion.  By what right does the mayor judge and issue mandatory decrees to expulse a family, force them to sell their home, and create other problems?  Do we no longer have judiciaries to rule on such cases?

Needless to say, if the Muslim girl was accidentally killed by a Muslim youth, no one would be ordered to sell their home and move.

Reconciliation sessions are regularly used against Coptic Christians—particularly when they are attacked, by pressuring them to drop charges against their persecutors.  This is so common that a 2009 book is entirely devoted to it.  According to a review of the book, which is titled (in translation), Traditional Reconciliation Sessions and Copts: Where the Culprit Emerges Triumphant and the Victim is Crushed:

In some 100 pages the book reviews how the security apparatus in Egypt chooses to “reconcile” the culprits and the victims in crimes where churches are burned; Coptic property and homes plundered, and Copts themselves assaulted, beaten and sometimes murdered; and when even monks are not spared. Even though it stands to reason that such cases should be seen in courts of law where the culprits would be handed fair sentences, this is almost never allowed to take place. And even in the few cases which managed to find their way into the courts, the culprits were never handed fair sentences since the police invariably fell short of providing any incriminating evidence against them.

The farcical scenario of reconciliation sessions has thus without fail dominated the scene where attacks against Copts are concerned, even though these sessions proved to be nothing but a severe retreat of civil rights.

Politically speaking, the authorities’ aim—through the reconciliation sessions—to secure a rosy façade of the “time-honoured amicable relationships between Muslims and Copts,” implying that they live happily ever after. The heartbreaking outcome, however, is that the only winners in these sessions are the trouble mongers and fanatics who induce the attacks in the first place and who more often than not escape punishment and emerge victorious. The Coptic victims are left to lick their wounds.