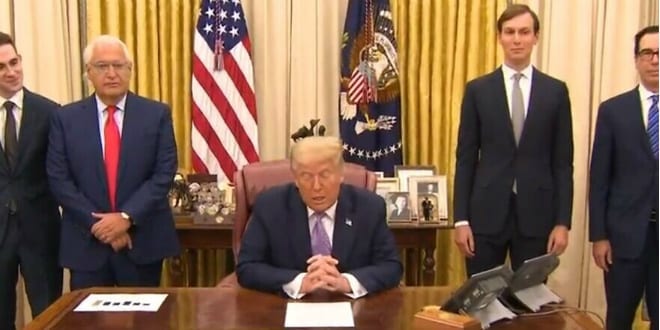 At the start of 1977, then-head of the IDF’s Military Intelligence Directorate Shlomo Gazit called in top experts and analysts to examine whether Egypt wanted peace with Israel. The discussion led to a clear conclusion. Everyone who took part agreed that there was no chance at all that Israeli-Egyptian relations would see any change in the near future. A few months later, Egyptian President Anwar Sadat was invited by Israeli Prime Minister Menachem Begin to speak at the Knesset in Jerusalem, and the rest is history.

Some two decades later, Israeli Prime Minister Yitzhak Rabin was told that Jordan would never dare sign a separate peace treaty with Israel, and in October 1994, King Hussein surprised everyone by doing just that.

Since then, we experts and pundits have been wrong repeatedly. Starting with the early 2000s, when the peace process between Israel and the Palestinians collapsed, Israel and the rest of the world have been locked into the view that unless the Israeli-Palestinian conflict can be solved through the establishment of an independent Palestinian state with eastern Jerusalem as its capital, Israel will be unable to make peace with any Arab countries.

That convention stands in stark contrast to the process of rapprochement between Arab nations—primarily, the Gulf states—and Israel, as Iran casts an increasingly dark shadow over the region. But this rapprochement has also come about because Israel has flourished in terms of defense and security, economics and diplomacy, and Arab countries are starting to realize that they can benefit from bilateral ties. This is true for Saudi Arabia, Bahrain, the United Arab Emirates and even Sudan. Even as these developments unfold, we have continued to cling to the assumption that the Palestinian issue is a glass ceiling that prevents us from moving ahead in making peace with Arab nations.

But then, last week, peace broke out with the announcement of a normalization agreement between Israel and the UAE, leaving us all embarrassed and asking questions. How did that happen?

It seems that there were a few reasons why we were all sticking to the old assumptions.

First, there was the dismissal of Arab states and the view that their regimes were weak or illegitimate, and therefore would not dare to buck Arab public opinion and move towards peace with Israel. But it turned out that the Arab regimes, certainly those in the Gulf and even Egypt, are strong, and have support, and can make historic decisions.

Second, there was the assumption that Arab public opinion is hostile to Israel, hate-filled and committed to war. But large sections of the Arab public have already dropped their past opinions and don’t see any problem in establishing relations with Israel.

Third, there was a lack of recognition of Israel’s strength and the fact that as the years passed, Israel turned from a marginalized state to a major regional player. Sometimes, it’s hard for us to accept that, but our neighbors have already gotten the message.

Fourth, the Palestinian issue is losing steam. The Arab street is no longer consumed by the matter, and it cannot be used to threaten Arab regimes, who are not willing to sacrifice their own interests.

Fifth, the United States still has enough weight to tip the scales, despite the rumors that Russia, Iran and Turkey are gaining influence. When the United States decides to help Israel and its neighbors move forward on the path of peace, it means something.

Finally, we have the threats posed by Iran and Turkey. This is not Israeli propaganda, but a real sense of threat that required a systemic adjustment, which occurred. It seems that the glass ceiling is broken, conceptions have come crashing down, and peace has arrived.