The ADL is Targeted for Not Being Woke Enough for Extremists 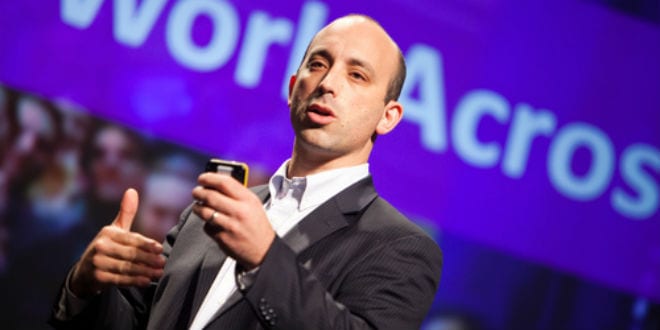 For the last five years, the Anti-Defamation League has undergone a not-so-subtle transformation. Under its longtime executive director Abe Foxman, who led the group from 1987 to 2015, it was a liberal-leaning but nonpartisan watchdog against anti-Semitism. But under his successor, Jonathan Greenblatt, a veteran of the Clinton and Obama administrations, the ADL has become a reliable auxiliary of the Democratic Party taking sides against Israel’s government and involving the group in partisan squabbles and bashing President Donald Trump.

In a supreme irony, leftist anti-Semites have chosen to target the ADL, and not more centrist or conservative Jewish entities, as part of an effort aimed at canceling the group. A coalition of organizations has joined together behind a campaign called “#DropTheADL” which has put together an indictment of sins all intended to prove that it is guilty of not being a true “ally” of “progressives.”

The signatories to this document are a ragtag collection of far-left extremist groups. Many of them are themselves guilty of anti-Semitism and efforts to delegitimize the State of Israel, as well as to mark out Jews for shunning and hate.

You would think a well-funded mainstream liberal Jewish organization like the ADL would not only dismiss the smears included in this list of accusations with contempt, but also to embrace the distinction of being singled out in this manner as proof that it is doing their job.

Instead, though the ADL’s response is an accurate refutation of the wild claims of its accusers, it also seems defensive in nature. The ADL seems to be as worried about being labeled as not being “progressive” enough to be considered a worthy ally for left-wing groups as it is eager to fire back at the haters who have singled it out for opprobrium.

The episode is an interesting commentary on why cancel culture, which has become a dominant force in American public life in the wake of the moral panic about racism directed at African-Americans after the death of George Floyd, is such an effective tool for leftists eager to silence anyone or any group that might oppose their radical agenda. Conservatives and moderates don’t care about the imprecations of extremists. They view their attempts to trash Western culture and free speech as an assault on basic American values. The most vulnerable targets for canceling are liberals who crave the good opinion of their tormentors.

This is not the first attempt to cancel the ADL. In 2018, the group suffered the humiliation of being dropped by Starbucks because of a similar effort. The coffee chain reacted to an accusation of racism against one of its stores by planning a mass racial bias re-education program for its employees. The ADL was initially to be among four organizations that would conduct the sessions. But after the ADL was accused of being “anti-Muslim,” it was downgraded to a mere consultant.

As the ADL learned then, when bigots like Women’s March leaders Tamika Mallory and Linda Sarsour, who are supporters of a hatemonger like the Nation of Islam’s Louis Farrakhan, are deemed credible judges of prejudice, then it’s time to opt-out of the “progressive” mindset. The same is true today when a collection of anti-Semitic and anti-Zionist groups, such as the Council on American Islamic Relations, Code Pink, Students for Justice in Palestine and its Jewish fellow travelers in Jewish Voice for Peace and a host of other Islamist and radical hate organizations, are now seeking to mark the ADL as beyond the pale. In an atmosphere in which “anti-racism” credentials are the new coin of the realm, the ADL fears being labeled as not progressive.

Morally serious people shouldn’t care about such charges. But the ADL understands that there is a price to be paid for being judged as not woke enough to pass muster in the bizarro universe of the contemporary left, where intersectional myths about Zionism being aligned with Jim Crow racism are accepted as truths.

The reason why this matters so much to the ADL is that under Greenblatt, it has been doing its best to earn the affection of its left-wing critics.

In his first year at the helm of the group, he chose to make it clear that his leadership would be very different from that of Foxman with respect to Israel. Greenblatt wrote an article in Foreign Policy magazine in which he said Israeli Prime Minister Benjamin Netanyahu was wrong to accuse the Palestinian Authority of advocating the “ethnic cleansing” of Jews from the West Bank, even though the charge was accurate. The point was to openly align the ADL with the Obama administration against the government of Israel.

That was just a foretaste of the partisan tilt that the ADL would take during the Trump administration. Greenblatt helped promote the false accusation that Trump was somehow responsible for a rise in hate that led to bomb scares at Jewish community centers in 2017 (the real culprit was a disturbed Israeli teenager). ADL doubled down on that charge by joining in the general liberal misrepresentation of Trump’s remarks about the neo-Nazi march in Charlottesville, Va., in August 2017, and subsequently falsely implying that Trump inspired white-nationalist shootings at synagogues in Pittsburgh and Poway, Calif.

Greenblatt also involved the group in the Democratic Party’s efforts to oppose the confirmation of Brett Kavanaugh to the Supreme Court. The ADL had abandoned any pretense of nonpartisanship and adopted liberal politics as its agenda rather than sticking to its job of fighting anti-Semitism.

Since then, the ADL has continued in that same vein by seeking to ally itself with race baiters like Al Sharpton in order to promote a common anti-Trump agenda. But despite its recent attempt to weigh in on behalf of the Black Lives Matter movement, the #DropTheADL campaign shows that the left still regards it as both an enemy and a vulnerable target.

That doesn’t mean Jews shouldn’t join in condemning the anti-ADL effort. The campaign should be viewed as an effort to silence all Jews and supporters of the Jewish state. But this is also an object lesson about the futility of liberal attempts to appease radicals. No matter how much the ADL attacks Trump and Republicans, it will never be enough for the intersectional left to grant it a pass for not completely disavowing Israel.