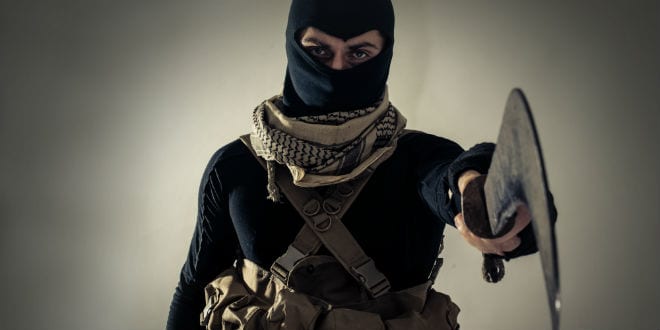 Jihadis continue to tell infidels what they wish to hear, and the latter continue to eat it up—to their own, often fatal, detriment.

This is one of the findings of a July 22, 2020 study titled “Prisons and Terrorism” in Western Europe (the second such publication of a decade-long project begun in 2010).  Published by Kings College London’s International Centre for the Study of Radicalisation (ICSR), it finds that “‘False compliance’ seems to have become more widespread, especially among jihadist prisoners, though its true extent is unknown. This can be a major issue in relation to risk assessment and release arrangements.”

The ICSR report documented several examples of jihadi prisoners pretending to have reformed and “de-radicalized.”  One of the two Muslims who beheaded 85‑year‑old Catholic priest Jacques Hamel in his church in France in 2016 had twice earlier been apprehended for trying to go to Syria and fight for the Islamic State.   All he had to do, however, was tell the judge what he wanted to hear: “I am a Muslim who believes in mercy, in doing good, I’m not an extremist … I want to get back my life, see my friends, get married.”  Based on these words, the judge released him, and soon thereafter this “Muslim who believes in mercy” slaughtered the elderly priest.

After being imprisoned for his involvement in a bombing plot, Usman Khan—who “was considered a success story of an extremist turning their life around,” to quote the report—was released early.  Not long thereafter he too went on a stabbing rampage that killed two and injured three on London Bridge.

Similarly, “many of the 40 female inmates in Fleury‑Mérogis prison in Paris have joked about how they tricked the judge or magistrate—by eating pork, for example, which is forbidden in Islam—to receive more lenient sentences.”

Sadly, the only ones learning from the interaction between Muslim prisoners and European authorities are the terrorists themselves:

From their perspective, prison is also an opportunity to understand how the authorities operate, and—in a sign of their growing awareness of counterintelligence and countersurveillance—jihadists have actively looked to pass their time in prison without incident or arousing the suspicions of the authorities.

Relatedly, the incarcerated terrorists “see prison as a test of their commitment to the cause and a place to recover from Islamic State’s battlefield losses and the wider upheaval in the jihadist scene.”

The ICSR report goes on to invoke the word taqiyya—Islam’s premiere doctrine of deceit:

[O]ffenders may try to ‘game’ a risk assessment if they are in contact with other inmates who have already participated in the process. Part of this involves knowing what to say to tick the right boxes. Much of this is seemingly the use of what is referred to as taqiyya, which is a (mostly) Shiite concept used to describe deception and dissimulation to hide one’s true intentions….  [T]he true scale of taqiyya may be greater than commonly understood…  Yet the assumption that jihadists are more willing to engage in deception than non‑terrorist prisoners can pose a conundrum, whereby anything less than admitting to holding jihadist ideas and intentions is thought of as a form of taqiyya.

It is, admittedly, somewhat surprising, refreshingly so, to see a normally politically correct Western think tank even use the term taqiyya.  For example, after “Islam’s Doctrines of Deception”—an article that Jane’s Islamic Affairs Analyst (a defense intelligence agency founded in 1898) had commissioned me to write on taqiyya—was published in September 26, 2008, its (since fired) editor called me in a panic: his superiors were outraged that he had allowed such an article to appear; part of their “damage control” was to publish another article refuting mine.

The great “crime” of my article was that it went against academic orthodoxy on taqiyya, which has long insisted that the doctrine permits Muslims to deceive others only when their lives are under threat.  My article argued what the ICSR report is now saying—12 years later: that the application of taqiyya is hardly limited to life threatening situations and is often employed in any way that can be seen as helping Muslims against non-Muslims.

As for the typical (and wrong) caveat offered by the ICSR, that “taqiyya … is a (mostly) Shiite concept,” this is not true—as evidenced by the simple fact that the prison subjects in ICSR’s own study are overwhelmingly if not entirely Sunni.  As Dr. Sami Nassib Makarem, the foremost authority on taqiyya, wrote in his seminal book, Al-Taqiyya fi’l Islam (“Taqiyya in Islam”):

Taqiyya is of fundamental importance in Islam. Practically every Islamic sect agrees to it and practices it … We can go so far as to say that the practice of taqiyya is mainstream in Islam, and that those few sects not practicing it diverge from the mainstream … Taqiyya is very prevalent in Islamic politics, especially in the modern era.

At any rate, it is good that modest portions of the establishment are finally beginning to acknowledge the role of taqiyya in modern day terrorist activities.  (For those interested in more detailed expositions on Islam’s doctrines of deceit, see here, here, and here.)