The heavens proclaim His righteousness and all peoples see His glory. 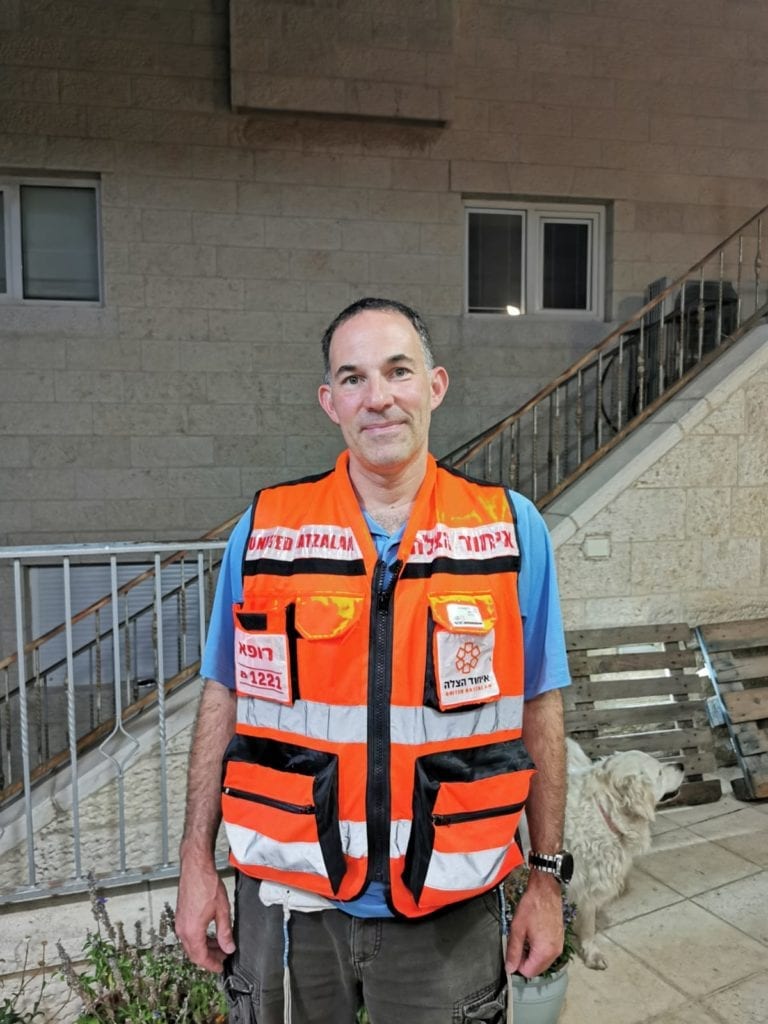 Dr. David Kupferberg was celebrating at his son’s wedding when he was called upon to help a young woman in distress. The following account is told in Dr. Kupferberg’s own words:

On Tuesday night, I was dancing at my son’s beautiful wedding. We held the festivities outdoors at the Gush Etzion winery to comply with the Covid-19 coronavirus restrictions that are currently in place in Israel. The guest list was limited to very close friends and family. As I am not only a Pulmonary and Critical Care physician but also a first responder for United Hatzalah, I had my medical kit with me in the trunk of my car as is my usual practice.

I was overjoyed to see my son and his new bride so happy under the chuppah even amid the pandemic that is currently raging all around us after many changed wedding plans and evolving regulations. Their joy was infectious and shared by all who attended.

After the ceremony amid the celebrations, I was in the middle of the dancing with the groom when all of a sudden the mother of the bride came and pulled me from the dancing circle. The first thought that went through my head was, “Had I missed a round of picture taking? Was it time for the family dance?”

As she pulled me across the floor she shouted (so that I could hear her over the music) that a young woman was ill and needed help. I rushed over and saw the young woman was clearly suffering from a very severe allergic reaction. She was still able to talk and I asked her if she knew whether or not she had any severe allergies.  She said she had suffered from this before and is allergic to fish and erythromycin (neither of which were served at the wedding!).  I immediately sent someone to grab my United Hatzalah medical bag from the car.

As I held the woman, she told me that she was having difficulty breathing and felt like she was about to pass out, which she then promptly did in my arms. I caught her and laid her down. The person had returned with my bag and I immediately pulled out a syringe and administered some epinephrine.

My brother, Jeff Kupferberg, who is also a volunteer first responder and was wearing his Corona PPE Hazmat suit to the wedding for some schtick (having some Covid-era fun), quickly joined me, and while he was still wearing his suit, together we stabilized the girl’s condition. I called dispatch and asked that an ambulance be sent. I could barely hear what I was telling them over the phone due to the music, but thankfully they heard me. It took a few seconds for the epinephrine to kick in and the young woman’s symptoms started to abate. She slowly began to regain consciousness.

When the ambulance arrived, they had a stable patient to transport to the hospital. After she was on her way, my brother and I went back to dancing, thankful that we were able to help.

Helping to save a life at my son’s wedding was surreal and beautiful. I am grateful that as first responders we take our medical kits with us wherever we go and for just this reason. One never knows when or where they will be needed. As a physician, my first response bag includes a variety of medications that I am allowed to administer in the field. This is precisely what United Hatzalah is meant to do: Have first responders go about their daily lives and when called upon, be ready to act to save lives.

The 6,000 volunteers of United Hatzalah answer 1,800 calls each day with an average three minute response time.