Expel the scoffer and contention departs, Quarrel and contumely cease. 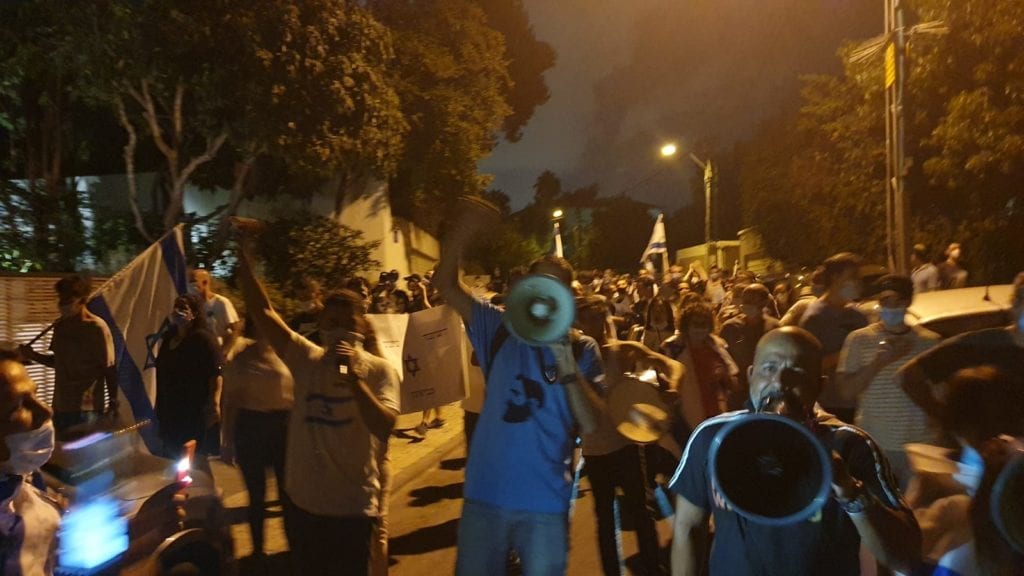 More than two hundred activists gathered on Saturday night for a second consecutive week in the Tzahala neighborhood of Tel-Aviv to protest outside the home of High Court of Justice President Esther Hayut.

The protestors, led by the Zionist watchdog group Im Tirtzu and the South Tel-Aviv Liberation Front, accused the High Court of being a politicized actor that acts in disregard of the wishes of the country’s elected officials.

The activists began the noisy protest at 11:00 PM and came equipped with drums, bullhorns, and other noise-making equipment.

“If Rehavia won’t be sleeping tonight, neither will Tzahala,” chanted the protestors in reference to the anti-Netanyahu protests that have been taking place in the Rehavia neighborhood of Jerusalem.

Last month, the High Court rejected a petition submitted by Rehavia residents who argued that the noisy protests that have been carrying on into the late hours of the night pose serious damage to their quality of life.

The High Court of Justice has faced wide criticism in recent years over its activist policies, which its opponents label as an abuse of power and “judicial piracy.”

Residents of south Tel-Aviv, who also participated in the protest, accused the High Court of torpedoing every solution proposed by the government to resolve the illegal migrant issue.

Tens of thousands of illegal migrant workers currently reside in Israel, the majority of them living in south Tel-Aviv.

Residents of south Tel-Aviv have long advocated for a solution to the migrant issue, which they say has made their lives unbearable given the rise in crime and drugs in their neighborhoods.

Matan Peleg, CEO of Im Tirtzu that has been a leading critic of the High Court’s activism, said: “The High Court justices twist the law and use it as a tool to advance their political goals.”

“This blatant violation of the basic principles of democracy endangers the future of the State of Israel, and the time has come for the judges to end their judicial dictatorship and realize that this is a democracy, not Iran,” said Peleg.