A Sword Over the Nile: New Book Exposes 14 Centuries of Christian Persecution

Home » A Sword Over the Nile: New Book Exposes 14 Centuries of Christian Persecution 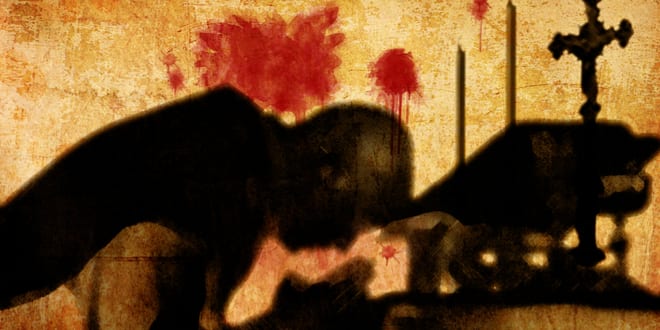 February 2015 was the first time many in the West heard of the Copts, Egypt’s indigenous, Christian inhabitants.  Then, the Islamic State published what subsequently went viral—a gory video of their jihadi members savagely carving off the heads of 20 Copts and one Ghanaian by the shores of Libya because they refused to renounce Christ for Islam.

Little known, however, is that, well before the Islamic State targeted and unwittingly “popularized” the Copts,  countless other Muslims in modern Egypt—individuals, mobs, sheikhs, organizations (the Muslim Brotherhood, the Salafi Front), and even governmental authorities—had persecuted or at the very least discriminated against the nation’s Christian minority.

Such oppression is often seen and presented in the West as an aberration.  After all, have not Muslims and Christians lived in peace for centuries in Egypt?  Does not the fact that Copts comprise at least 10 percent of Egypt’s population bespeak of tolerance—a Muslim willingness to live and let live for 14 centuries? Indeed, was it not the Copts themselves who initially called on the Arabs to enter and “liberate” Egypt from the Byzantine yoke in the seventh century?

All these observations that invariably arise in response to the so-called “Coptic question” suggest that current discord is rooted to temporal matters—poverty, ignorance, tribalism—anything and everything other than religion.

The problem, however, is that these observations are built atop a faulty first premise—and, as always, false first premises always lead to false conclusions.   Put differently, they are built atop a pseudohistory that has long dominated the West’s understanding of Islam’s history vis-à-vis non-Muslims in general, the Copts, for our purposes, in particular.   A corrective is needed.

The newly published book, A Sword over the Nile: A Brief History of the Copts Under Islamic Rule, is that corrective.  I first read an earlier version of it in Arabic and found its contents so useful as to urge its author, Adel Guindy, to translate it into English.  Not only did he comply—to the benefit and subsequent edification of English-language readers—but he greatly enlarged the original work, tying it to the current era and supplying several useful appendices.  (I ended up writing the book’s foreword.)

A Sword traces the history of the Coptic people under Islam, from the seventh century on to the present era.  Most of it is a chronological translation of lengthy selections of the compendious History of the Patriarchs of the Egyptian Church and other Coptic primary sources, some translated for the first time.   Although the History of the Patriarchs was first rendered into English in the early twentieth century, most editions are out of print; existing copies tend to be exorbitantly priced.  But Guindy has not only provided an accessible and fresh translation; he has spared the reader the agony of culling through the History of the Patriarchs’ many volumes—as might be imagined, hundreds of its pages make for dry and irrelevant reading—to find the most applicable selections for inclusion.

As such, A Sword’s merits are many.  Unlike the well-known and dominant Muslim historiographical tradition, which is largely hagiographical—that is, meant to put a “saintly” veneer on Muslim conduct vis-à-vis non-Muslim subjects—the Coptic sources used for this book tend to more accuracy.  For example, whereas the oldest Muslim history of the Arab invasion and subsequent conquest of Egypt was written two centuries after the facts (by Ibn ‘Abd al-Hakam, d. 870), the Coptic sources relied on in this book are contemporaneous with the events they record.  That alone suggests that their narrative is more authoritative.  Moreover, by relying heavily on Coptic sources, this book offers the benefit of presenting the story of Egyptian Christianity under Islam through the eyes of the vanquished, not the victors, the latter hitherto being the traditional guardians of the “narrative.”

Less academically, the great achievement of A Sword is that it gives the lie to the aforementioned and popular Western view that whatever the Copts are currently suffering has nothing to do with Islam.  Its hundreds of pages of source document translations make clear that everything modern Egypt’s Copts are currently suffering—including the burning, bombing, and banning of their churches, sporadic bouts of violent persecution, the abduction and forced conversion of Coptic girls, and a myriad of other forms of entrenched social discrimination—was suffered by their Coptic ancestors over the course of fourteen centuries.  The continuity is staggering; think what the Islamic State has been doing to Christians and others but on a prolonged and sometimes exponential scale (for instance, under the Mamluks).  Moreover, the persecutors were not fringe “radicals” but often the very rulers of Egypt, whether Arabs, Fatimids, Kurds, Mamluks, Turks, or Egyptians.

Mr. Guindy’s achievement, it should be noted, is not simply to document the historic persecution of Copts.  At the end of every chapter he analyzes the translated material’s significance; additionally, a comprehensive essay providing a synthesized overview—with suggestions on moving forward and solving the Coptic question—appears at the end of the book.  In his analyses, and to his credit, Guindy not infrequently calls out some of history’s individual Copts, often clerical leaders, for their complicity or at least acquiescence to their flock’s treatment—a phenomenon he traces to the modern era.

It is for all these reasons and more that A Sword over the Nile is a most welcome book and contribution to the existing literature.  Here in one volume we have the hitherto largely unknown historical experiences of Egypt’s Coptic Christians under Islam—and from the most primary if previously inaccessible or untranslated sources.  Not only is it a window to the past; it may be an ominous look to the future.