“A song of ascents. Of David. How good and how pleasant it is that brothers dwell together.” 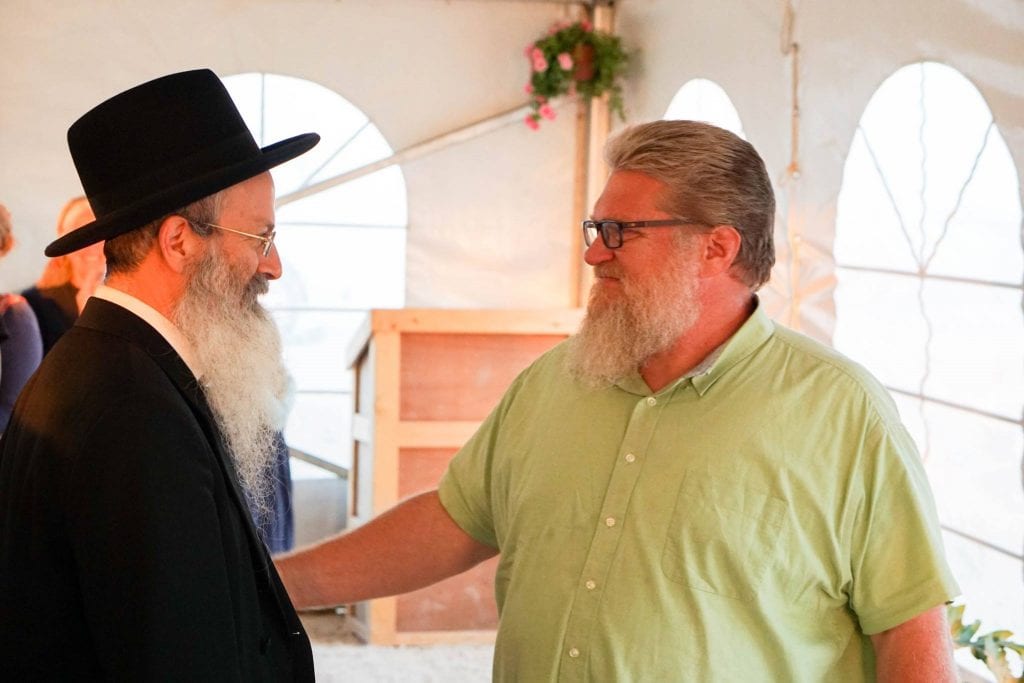 Earlier this week, 70 Jews and Christians from all over the world were honored in a ceremony inaugurating Bridgebuilders: Top Activists in Christian-Jewish Engagement, a new program, conceived by Gidon Ariel of Root Source and created in partnership with Israel 365. More than 300 people participated in and watched the two-hour ceremony online.

“Root Source and Israel365, activists in this space for close to a decade, recognized that engagement between pro-Israel Christians and Jews is not something to fear but to celebrate and support,” Ariel explained.

“I’ve been active in the Christian-Jewish field for many years and recently, we’ve been doing things that speak to the growing number of people active in the field. I came up with the idea that we really should raise the profile of the fact that this exists. We’re trying to turn the tide on thousands of years of animosity. We want to put friendship and engagement in place of animosity. It’s a long haul and we are doing our part.

“It’s very exciting to formulate this project and see it through. We’re hoping to do a lot more things, including creating an actual Bridgebuilders Movement. We believe it’s part of redemption [as the prophet said]:

For the earth shall be filled With awe for the glory of Hashem As water covers the sea. Habakkuk 2:14

“Knowledge of God is an integral part of the geula (redemption). That is what both Christians and Jews believe. We all believe in God, we believe in the Ten Commandments and we trust in the efficacy of prayer. It’s very exciting to work on that.”

Of the honorees, Ariel wrote, “This list of 70 honorees comprises Jews and Christians, women and men, newcomers and veterans, clergy and laymen, residents of countries around the world, in fact, nothing brings them all together except for their belief in God, friendship, and the commandment to act on both!”

Rabbi Tuly Weisz, founder of Israel365, editor of The Israel Bible and publisher of Breaking Israel News noted that, “For thousands of years, Jews and Christians were burning bridges. Now, it’s truly historic that there is a cadre of over 70 bridge builders who are committed to strengthening relationships between Jews and Christians. Acknowledging that, while yes, we have differences, we have so much in common in our shared love for Israel, the Bible and God. [This] is really historic and deserves to be celebrated.”

Bridgebuilder Rabbi Dov Lipman shared that, “There is an incredible healing going on. This is our time to come together to heal those wounds, to work together to bring the word of God to light up the entire world.”

“I believe there are hundreds of people who are active in promoting friendships between Christians and Jews. Though they vary in how active they are, I’m speaking about people who have it in their hearts.

“For now, the Bridgebuilders are mostly Christians. In the coming year, we’re planning lots of activities designed to raise the acceptance of bridge building on the Jewish side,” Ariel said, illuminating the goal that, “When a Jew hears ‘Christian’, he will think more friend and less enemy.”

Highlights of the Ceremony

The online ceremony opened with the official music video of Israel, You’re Not Alone by Christian Bridgebuilder Zac Waller of HaYovel.

During the ceremony, Ariel screened dozens of short, pre-recorded videos from Bridgebuilder honorees such as Weisz, who shared some words from last week’s Torah portion.

In his comments, Weisz emphasized that, “For a long time, it was the Bible that separated Jews and Christians. The Bible was a source of contention. The idea of Jews and Christians coming together over our love of the Bible is unique. What we are doing is so prophetic, it will usher in the age of Moshiach (Messiah) when we can all recognize that the God of Israel is the one true God.”

Greetings were brought from a number of Israeli politicians, including Yuli Edelstein, former Speaker of the Israeli Knesset and now Minister of Health, Bridgebuilder Gilad Katz who serves as Israel’s consulate to the Southwest United States and MK Sharren Haskel, Chair of the Knesset Christian Allies Caucus.

Special tribute was paid to pioneers in the field of Jewish-Christian relations, including Rabbi Yechiel Eckstein, founder of the International Fellowship of Christians and Jews. Ariel pointed out that Eckstein, who passed away in 2019, is the subject of a 2015 biography, written by Zev Chafets, entitled The Bridge Builder. Eckstein’s daughter Yael was among the 2020 Bridgebuilders.

Sharon Sanders commented poetically, “The recent Bridgebuilders presentation was an introduction to what Jews and Christians are doing together to connect. Bridgebuilders are wheels turning on a mechanism, carrying a big load of hope.

“As Christians find their spiritual roots, and the Jewish people find healing among genuine friends, we embrace the good in each other and are clearing the road to Zion as Jerusalem continues to rise to its destiny. The whole inspired movement is like receiving a fresh bouquet of flowers from the Almighty. Hopefully many will join us on our journey.”

During the ceremony, on behalf of Root Source Press, Ariel announced the forthcoming publication of two new books, one about the 2020 Bridgebuilders and an updated version of The LIST: Persecution of Jews by Christians Throughout History.

Among the 70 people honored as Bridgebuilders include four – two Jews and two Christians – who shared a panel, discussing the topic, “What do you think God is doing regarding Jewish-Christian relations?” The panelists were Christine Darg, Earl Cox of Israel Always, Rabbi Michael Freund of Shavei Israel  and Sandra Oster Baras of Christian Friends of Israeli Communities.

Bridgebuilder Chris Mitchell, Middle East Bureau Chief of CBN News, told Breaking Israel News, “In the past twenty years, Christian-Jewish relations have gone through an historic change. That change and cooperation can be seen in the rise of such organizations as the Knesset Christian Allies Caucus, Root Source, Israel365, the International Christian Embassy Jerusalem and Christian Friends of Yad Vashem.  They may have been unthinkable a generation ago but now they’re part of the landscape of Christians and the Jewish people working together.”

Shlomo Schreibman, Director of Israel365 Media and part of the Bridge Builders Selection Committee, shared his feeling that, “Christian-Jewish bridge building is important on many levels. We at Israel365 Media have had the honor of working with the Israeli government, VC’s and Israel’s leading organizations in order to create strategic partnerships with [what Prime Minister Netanyahu called] ‘Israel’s best friends’. When it comes to Jewish-Christian partnerships, it’s based off of shared faith values and that puts us in a position to create great long term partnerships.”

For more information, or to nominate  someone you know who deserves to be recognized as a 2021 Bridgebuilder, please email bridgebuilders@root-source.com.