That you will spare the lives of my father and mother, my brothers and sisters, and all who belong to them, and save us from death. 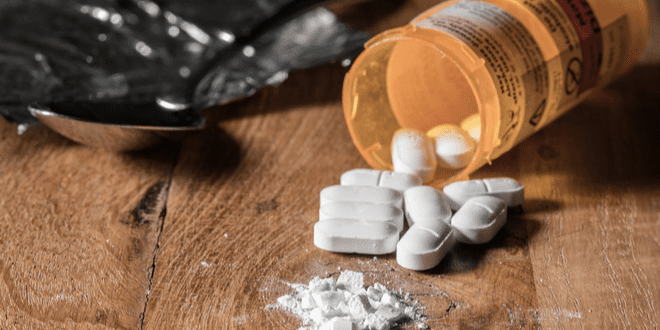 Passersby who are not trained medics can save lives. This has been proven for decades as citizens around the world have performed cardiopulmonary resuscitation (chest compression and mouth-to-mouth resuscitation) or used a defibrillator (a device to restore normal heartbeat by sending an electric shock to the heart.

Now, Israeli researchers have shown that properly-equipped laymen can potentially save people from dying from opioid overdose. Statistics from 2018 show that every day, an average of 128 people in the US alone die after overdosing on opioids. There are similar cases in Canada and many other Western countries, including Israel (but the problem is regarded as much less serious in this country).

The misuse of and addiction to opioids including prescription pain relievers, heroin, and synthetic opioids such as fentanyl is a serious national crisis that affects public health as well as economic and social welfare. According to the US Centers for Disease Control and Prevention, the total annual economic burden of prescription-opioid misuse alone in the America is nearly $80 billion, including the costs of healthcare, lost productivity, addiction treatment and involvement in crimes.

More than two decades ago, pharmaceutical companies told doctors that patients would not become addicted to prescription opioid pain relievers, and healthcare providers began to prescribe them at greater rates. This subsequently led to widespread diversion and misuse of these medications before it became clear that these medications could indeed be highly addictive.

In 2017,1.7 million Americans suffered from substance use disorders related to prescription opioid pain relievers, and 652,000 suffered from a heroin use disorder. A fifth to a third of patients prescribed opioids for chronic pain misuse them, and as many as six percent of those go on to take heroin for their pain.

In the race against time to reverse overdose, community members supplied with a drug called naloxone and a smartphone application can act in the crucial moments prior to arrival of the emergency medical service (EMS).

Naloxone, sold under brand names including Narcan and Evzio, is a medication used to block the effects of opioids. Commonly used to treat decreased breathing in opioid overdose, it can be given intravenously, injected into the muscle or sprayed into the victim’s nose.

Naloxone was patented in 1961 and approved for opioid overdose in the US in 1971. It is on the World Health Organization’s List of Essential Medicines. While US paramedics have carried naloxone for decades, law enforcement officers in many states throughout the country carry naloxone to reverse the effects of heroin overdoses when reaching the location before paramedics arrive.

Unless naloxone is given on time, opioid overdose causes respiratory depression that may deteriorate into apnea, leading to brain injury and even death. Naloxone has little or no effect if opioids are not present in the body.

One of the major challenges in decreasing lethal opioid overdose is ensuring that naloxone reaches those in need at short notice. For opioid overdose, as for out-of-hospital cardiac arrest, assistance from a trained and equipped passerby is a key link in the chain of survival – the complex relationship among bystanders, emergency services and hospitals. Locating a nearby volunteer with naloxone presents various challenges that may be addressed by means of collective mobilization.

In a paper just published in The Lancet’s EClinicalMedicine journal, researchers from Bar-Ilan University in Ramat Gan (near Tel Aviv) and Drexel University in Philadelphia, Pennsylvania report the results of the first observational cohort study of community members equipped with naloxone and a smartphone application to signal and respond to opioid overdoses. The article was titled “Layperson reversal of opioid overdose supported by smartphone alert: A prospective observational cohort study.”

The group was comprised of individuals who lived and/or worked in a neighborhood with high incidence of opioid overdose in Philadelphia.  After tracking the group for more than a year, the researchers showed that laypeople, including people who use opioids, can effectively signal and respond to overdose incident to administer nasal naloxone before emergency medical service personnel arrive.

Volunteers were trained in recognizing opioid overdose, administering intranasal naloxone and use of a dedicated smartphone application to signal and/or respond to a suspected overdose alert. The app was activated by volunteers witnessing an overdose to signal other nearby volunteers.

The researchers looked for three possible scenarios when volunteers received an alert – those who received the alert and chose to respond and help, those who explicitly declined to respond or those who missed/ignored the alert. The witnessing volunteer was connected to speak with 9-1-1 dispatch through a semi-automated telephone call. The primary outcome was layman-initiated overdose reversal before the arrival of first responders.

“We observed 202 layperson-initiated overdose true alerts with a rate of layperson naloxone administration of 36⸱6% (74 out of 202) and found that naloxone-based reversal was initiated over five minutes prior to EMS arrival in 59⸱6% of these cases,” said Prof. David Schwartz, of Bar-Ilan University’s Graduate School of Business Administration.

“We observed layperson support behaviors, including contacting EMS and remaining with the victim until recovery, that are consistent with American Heart Association guidelines and that strengthen the chain of survival that begins in the community,” added Schwartz, who led the study with Dr. Stephen Lankenau, of Drexel University’s Dornsife School of Public Health.

Equipping laymen with naloxone and an emergency response community app to signal suspected opioid overdose and alert other nearby volunteers to provide naloxone can result in naloxone administration before the arrival of EMS personnel and reversal of the overdose, potentially reducing death from opioid overdose. The findings support further study of smartphone-based naloxone intervention to strengthen the chain of survival starting at the community level.

It is time to recognize that opioid use disorder patients can benefit from similar forms of community support, the researchers wrote. Finding a nearby volunteer with naloxone presents some unique challenges, they continued, but is not inherently different than locating a nearby defibrillator. “Creating and studying smartphone-based emergency response communities for naloxone provision can help address this important challenge.”

The study was funded by the US National Institute on Drug Abuse.