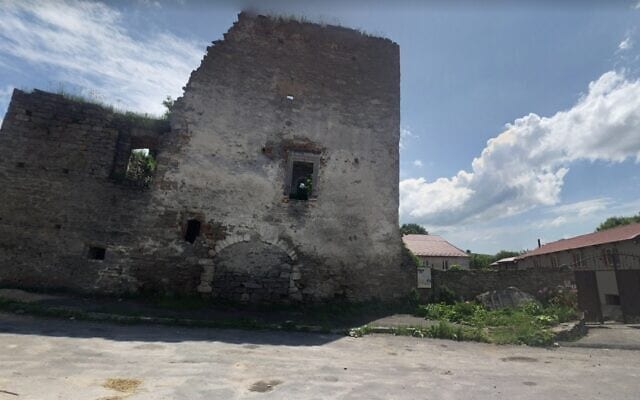 Seventy-eight years following their brutal murder by the Nazis, the bodily remains of 286 Jews, mainly women and children, were discovered in a basement underneath the market square in the town of Stanov in Khmelnytsky Oblast, Ukraine. The remains of the bodies were placed in garbage bags – and will be buried in a mass grave in the town’s ancient Jewish cemetery.
KGB documents and testimony reveal that Jews who returned to the town following the war, which took place on the eve of May 14-15, 1942, discovered that the Nazis rounded up 286 Jews, mainly women and children, and put their carcasses inside two basement cellars – where they were killed with Zyklon gas. “The Nazis did not even use bullets but rather killed the Jews with terrible cruelty in the cellars, ” Rabbi Alexander Feingold, rabbi of the Khmelnytsky and Ternopil districts in Ukraine told Ynet. Today, approximately 7,000 Jews live in the area.
Following the war, the cellars were opened, but a decision was made to keep the bodies in place with a sign indicating that they had been killed by the Nazis. On top of the basements was a house in ruins. Over the years, the structure’s entrances disappeared. A large market operated in that space for many years.
Over the past six years, Rabbi Feingold pleaded with both the authorities as well as landowners to permit him to search for the bodily remains and remove them. The landowner refused his request, The community  then waged a legal battle against him but lost. Eventually, they were able to arrive at an agreement with the rabbi and the community assumed ownership of the land.
In 2019, searches commenced at the site. One of those basements was uncovered. Approximately 200 bags were collected at the site, mostly consisting of human bones. “We brought in experts from Israel and the Ukraine and we could not find the second basement,” explained Rabbi Feingold. “It was very hard work. We did a lot of drilling and lifted the ground with bulldozers, but we didn’t find any. At some point we were already discouraged. About two weeks ago we made another attempt, and then we managed to find the second basement opening.”
Inside the second basement, Jewish bodily remains were discovered, along with articles of clothing, kid’s shoes, and even documents that they took to their grave. “It was very difficult to collect the remains because they were connected to the ground. We also found a mezuzah encasement there, and from this we conclude that above the basement was a Jewish house.”
“We keep all the bags in the basement, and after we finish the work we will bury them in a mass grave in the old Jewish cemetery in the city where Jews have been buried for over 500 years. When you see shoes of children aged two and three it is impossible to describe the feeling. It’s really chilling.” Rabbi Feingold added that the community will build a park in memory of the victims adjacent to the scene of the massacre.