Then Hashem said to Avraham, “Why did Sara laugh, saying, ‘Shall I in truth bear a child, old as I am?’ 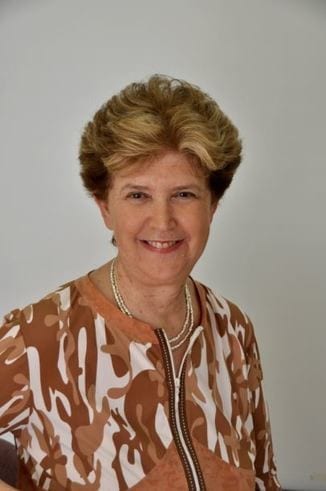 Alzheimer’s disease (the most common type of dementia) occurs in the elderly, while autism – the complex developmental disorder associated with symptoms including deficits in social communication and social interaction and restricted, repetitive patterns of behavior, interests or activities – presents itself by the age of three. The two disorders seem to have nothing in common, except that both involve the brain.

But now, an extensive international study led by Tel Aviv University (TAU) Prof. Illana Gozes of the department of human molecular genetics and biochemistry has found deposits of the tau protein typically found in Alzheimer’s patients in tissues taken from the postmortem brain of a seven-year-old autistic child.

The study was conducted in close collaboration with researchers from TAU’s Blavatnik School of Computer Science, Sheba Medical Center at Tel Hashomer near Tel Aviv and a variety of research institutions across Europe, including the biotechnology institute BIOCEV in the Czech Republic, the Aristotle University of Thessaloniki in Greece, the University of Antwerp in Belgium and the University Hospital Center in Zagreb, Croatia. Their article has just been published with the title “Tauopathy in the young autistic brain: novel biomarker and therapeutic target” in the journal Translational Psychiatry printed by the Nature Publishing Group.

The child suffered from the ADNP syndrome involving a mutation that causes a deficiency/malfunctioning of the ADNP protein, which is essential for brain development. ADNP syndrome, characterized by mental impairment, is known to be one of the 10 most common genetic syndromes on the autism spectrum.

The ADNP syndrome child was characterized by severe developmental delay, intellectual disability and autism. As a result of this discovery, her team of researchers tested an experimental drug called NAP – originally developed for Alzheimer’s disease – on nerve cells in an animal model of ADNP syndrome with the mutation inducing Alzheimer’s-like symptoms. The experiment was a success, with the damaged nerve–like cells returning to normal function.

The TAU clinical biochemist and her colleagues believe that they will ultimately reach the goal of developing a drug or drugs that will help children with autism that results from genetic mutations. “In all likelihood, treatment with the experimental drug will aid cognitive improvement in autistic children and will enhance their memory,” she said.

Gozes and her team found deposits of the tau protein typically found in Alzheimer’s patients in tissues taken from the boy’s brain. “When we compared the postmortem ADNP syndrome brain tissues to tissue from the brain of a young person without ADNP syndrome, we found deposits of the tau protein in the ADNP child, a pathology that characterizes Alzheimer’s disease.”

The researchers then “treated” damaged nerve-like cells carrying an ADNP mutation – similar to that in the deceased child – with a drug candidate called NAP, which is developed in Prof. Gozes’s laboratory and originally intended to be used to help treat Alzheimer’s disease.

“NAP is actually a short active fragment of the normal ADNP protein,” explained Gozes. “When we added NAP to the nerve cells carrying an ADNP mutation, the tau protein bound to the nerve cell skeleton properly, and the cells returned to normal function.”

“The fact that NAP treatment has been successful in restoring the normal function of neuronal-like cell models with impaired ADNP raises hopes that it may be used as a remedy for ADNP syndrome and its severe implications, including autism. Moreover, because other genetic disorders related to autism are characterized by tau pathologies in the brain, we hope that those suffering from these syndromes will also be able to benefit from NAP treatment in the future,” Gozes said.

It is important to note that NAP (also called CP201) has been classified as an “orphan drug” (one that afflicts only a relatively small number of patients) by the US Food and Drug Administration and is currently in the preparatory stages of a clinical trial in children with ADNP syndrome through the company Coronis Neurosciences.

In another phase of the study, the researchers sought to broaden their understanding of the effects of the mutation that causes ADNP syndrome. To do this, they extracted the genetic material mRNA (messenger RNA) from the tissues of the deceased child and performed an expression analysis of about 40 proteins in the same child, encoded by the mRNA. Full genetic sequencing was also performed to determine protein expression in white blood cells taken from three other children with ADNP syndrome.

An in-depth study was carried out on all of the data obtained in the genetic sequencing using advanced bioinformatics computational tools. The data were compared to online databases of protein expression data from healthy individuals, revealing a variety of characteristics that were common to the children with the syndrome, but very different from the normal appearance of these proteins.

Gozes concluded that “the significance of these findings is that the mutation that causes ADNP syndrome damages a wide range of essential proteins, some of which bind to, among other things, the tau protein, and impair its function as well. This creates various pathological effects in the brains (and other tissues) of children with ADNP syndrome, one of which is the formation of tau deposits, known to be a characteristic of Alzheimer’s disease. The vast and in-depth knowledge we have accumulated through the present study opens the door to further extensive and diverse research. We hope and believe that we will ultimately reach the goal of developing a drug or drugs that will help children with autism resulting from genetic mutations