All existence on earth was blotted out – man, cattle, creeping things, and birds of the sky; they were blotted out from the earth. Only Noach was left, and those with him in the ark. 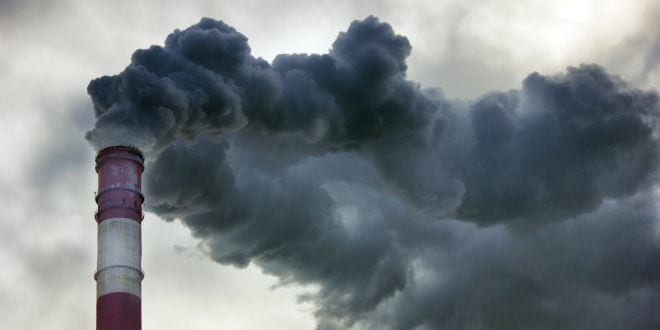 Being exposed to air pollution significantly increases the danger of death among patients infected with COVID-19, according to a leading Jerusalem epidemiologist and public health expert.

Prof. Hagai Levine of the Hebrew University-Hadassah Braun School of Public Health and Community Medicine, who is also chairman of the Israel Association of Public Health Physicians, has just submitted such evidence in a special report to Environmental Protection Minister Gila Gamliel.

“The link between air pollution and Corona virus is tightening,” said the minister. “We must work to reduce air pollution in urban areas so that we can be better prepared for future outbreaks of epidemics. Exposure to air pollution causes sickness and mortality, and I intend to focus efforts to improve air quality in Israel.”

Studies from abroad have found a direct link between exposure to air pollution and an increase in mortality from coronary heart disease. For example, in a study carried out in 3,000 districts in the US, it was found that an increase of air pollution by just one microgram per cubic meter of particles of pollutants sized 2.5 microns was associated with an eight percent increase in deaths from Corona virus.

The report also addresses the importance of reducing air pollution as way to alleviate the burdens that impair the efficiency of the health system. Reducing air pollution will improve Israel’s ability to contain COVID-19 by evacuating intensive care and hospital beds, including resuscitators and vital medical staff. Reducing air pollution can have enormous economic significance by raising the critical threshold of care capacity so that less stringent measures can be taken and the economy harmed less.

The corona plague has shaken the world and created a new reality that also invites opportunities, said Gamliel. “The Environmental Protection Ministry is implementing the conclusions from the first wave of illness in Israel and around the world and is working to drive significant change for public health,” she added.

Among its projects to improve air quality in Israel are the expansion of lower-emission areas where old diesel-powered vehicles are prohibited; promoting the achievement of high goals for renewable energy use; compliance with the green building standard for new homes; the transition to clean fuels in industry; reducing local nuisances such as bad odors, agricultural fires and more.

The current pandemic shows that the government has the ability to make far-reaching changes to benefit public health in cooperation with the public and even with industry, wrote Levine. As another wave of COVID-18 in the winter could be even more severe than the present one, wrote Levine, this report aims at making recommendations to policy makers based on a review of the scientific literature on the relationship between air pollution and Corona virus and examining the role of air pollution-reduction measures in creating resistance to it.