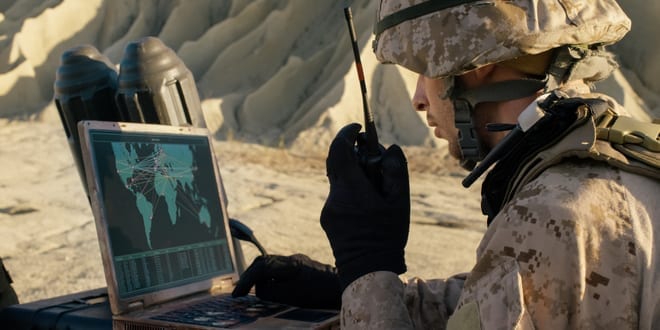 Washington is deploying its military forces throughout Asia for a potential confrontation with China, Defense Secretary Mark Esper said on Tuesday. The message was communicated in an effort to outline the military aspect of Trump’s hardening stance against Beijing reports WSJ.

Speaking via videoconference  from the Pentagon to the London-based International Institute for Strategic Studies, Esper added that Washington would continue sending Navy ships into the region to challenge China’s expansionary policies. It should be noted that the U.S. has now officially rejected China’s claims of sovereignty in most of the South China Sea

Esper added that the US would continue selling arms to Taiwan so that it can defend itself against an increasingly belligerent China.

Esper noted that based on China’s actions in Hong Kong, Taiwan has no reason to believe that Beijing will honor its commitments vis-a-vis the defunct “one country, two systems” model. He then reaffirmed his country’s commitment to executing freedom of navigation exercises in both the Taiwan Strait as well as the South China Sea.

Regarding Washington’s commitment to Taiwan’s defense, Esper noted that the People’s Liberation Army (PLA) activities in the region are destabilizing and “increase the risk of miscalculation.” He used Hong Kong as an example.

Esper recalled how in 1997, Bei Jing pledged to honor Hong Kong’s Basic Law and implement the “one country, two systems” model in the semi-autonomous region. However, following the draconian new national security law enforced against Hong Kong, Esper added that “I don’t think anybody in Taiwan believes that at this point China has any intention whatsoever of living up to its ‘one country, two systems.'”

The defense secretary stressed that Washington’s policy has been consistent since the passage of the Taiwan Relations Act in 1979. Esper then recalled how in 1982, the Reagan administration established a policy of selling weapons to Taiwan “based entirely on the threat posed by the PRC.”