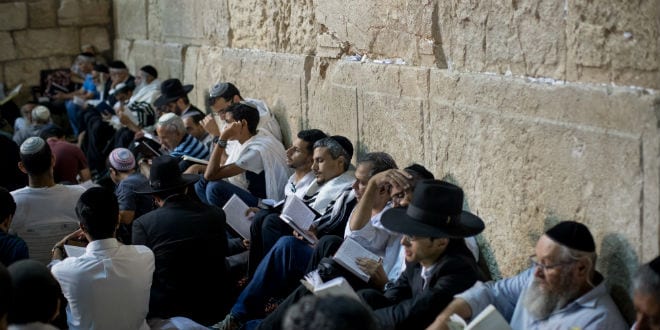 (NEW YORK) Herut North America, a leading American Zionist organization has developed an inspirational new eBook offering ideas about how to improve Jewish Unity in these challenging and polarizing times, and it is now being offered for free in time for Tisha B’Av.

“The need for Jewish unity has perhaps never been greater,” said Karma Feinstein Cohen, the Executive Director of Herut North America. “As followers of the great Zionist leader, Ze’ev Jabotinsky, we know we must do our part to campaign for Jewish unity at all times, and especially at this time of year. Tisha B’Av, in part, commemorates the destruction of Betar, the Bar Kochba led rebel stronghold, during the Roman occupation of Israel. Jabotinsky deliberately chose Betar as the name for his Revisionist Zionist youth movement. It was coined with a double meaning. In addition to its reference to “Brit Trumpeldor,” after Yosef Trumpeldor, it was also named after the ancient battle site. With the name Betar, Jabotinsky indelibly linked the last site of ancient Hebrew courage and martyrdom with Zionism’s first contemporary Zionist hero-martyr, the man with whom he had conceived the Jewish Legion.”

“In order to positively shape our destiny, we must unite, and we must start the process of unification now,” explains Goldstein. “How on earth can we do this, if we continue to focus on sowing more seeds of strife? Herut is publishing the eBook with the idea that despite our differences we need to unite. Tisha B’Av is a time for introspection and mourning for what we lost due to baseless hatred. Baseless hatred among the various segments within the Jewish community is still in place and as a nation we have still not made much progress in breaking down the stereotypes and biases that we have against Jews who may be different from what you are practicing and living.”

“Please take advantage of this free book offer,” says Karma Feinstein Cohen. “We must challenge ourselves and each other to do more on behalf of the cause of Jewish unity, and there’s no better time to contemplate this vital need than the Nine Days leading up to Tisha B’Av.”

Herut is an international grassroots movement for Zionist pride and education and is dedicated to the ideals of pre-World War Two Zionist leader Ze’ev Jabotinsky. More information about Herut can be found at www.HerutNA.org