You shall have no other gods besides Me. 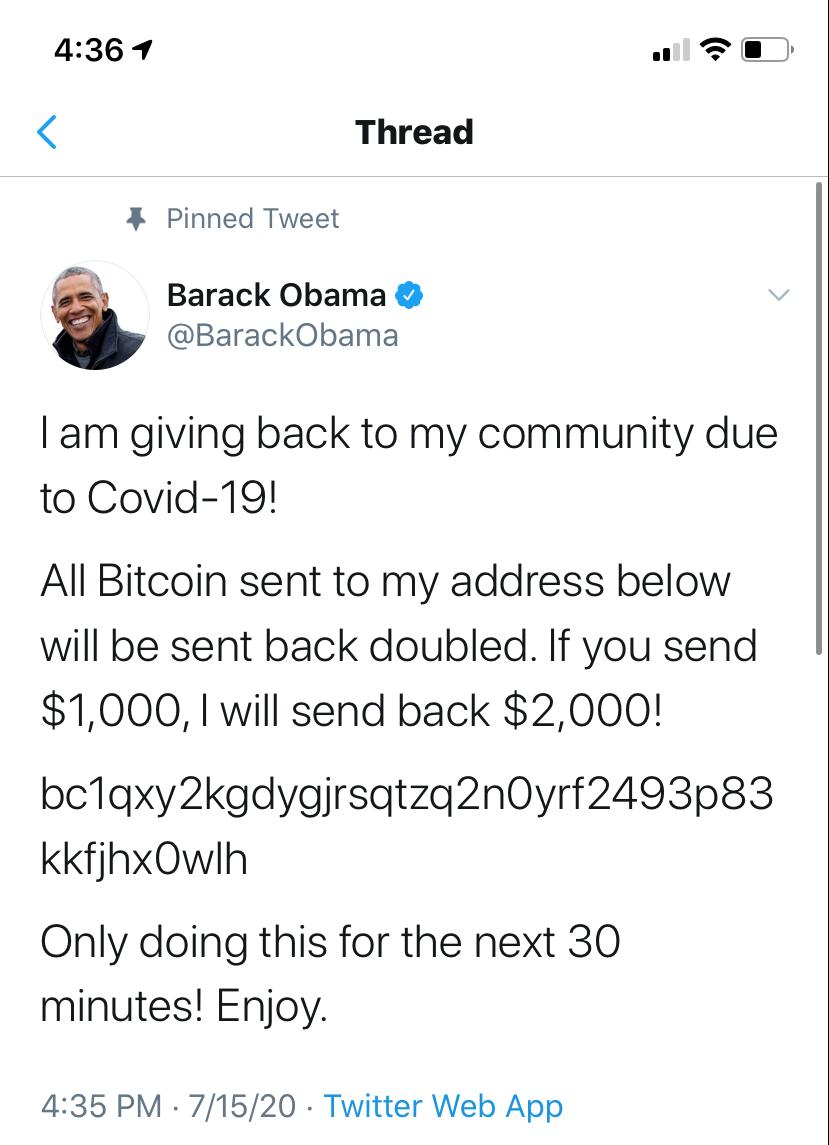 The Twitter accounts of Elon Musk. Kanye West. Bill Gates. Joe Biden. and Barack Obama were all hacked within minutes of each other on Wednesday. Some of Twitters most highly followed celebrities and politicians posted almost-identical tweets soliciting bitcoin payments with an offer to pay back twice the amount they donated reports the LA Times.

But it didn’t stop there. Jeff Bezos, Warren Buffett, and even Apple posted a similar status, It still hasn’t been made clear who was behind the hack that seemingly fleeced a large amount of users out of money. Other companies and celebrities who were hacked included Wendy’s, CashApp, Uber, Michael Bloomberg, Wiz Khalifa, Mr. Beast and Floyd Mayweather

But after the scam already garnered $100,000 in cryptocurrency, Twitter decided that the only way to safeguard its most popular users was to temporarily shut down their accounts. “We are aware of a security incident impacting accounts on Twitter,” the company said in a statement. “We are investigating and taking steps to fix it.”

One of the steps taken was to temporarily block “verified users” — this includes most celebrities, news organizations and major corporations.

Massive accounts including NBC News, with millions of followers, had to tweet from alternative or temporary handles to cover the story of the scam.

Twitter, whose shares fell by as much as 3.8% after the market closed, blamed “a coordinated social engineering attack by people who successfully targeted some of our employees with access to internal systems and tools.”

“Tough day for us at Twitter,” Chief Executive Jack Dorsey tweeted. “We all feel terrible this happened.”