Pandemic Politics in America and Israel 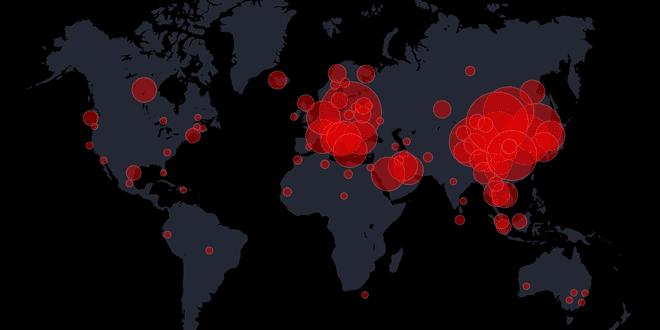 Nothing better illustrates Thomas Mann’s famous statement that “everything is politics” than the response of opposing ideological camps to the government’s handling of the coronavirus pandemic.

This makes sense. The global COVID-19 crisis affects two fundamental aspects of the human condition. Yes, health and finances affect us all, and are a source of obsession to many. It is no wonder then that the first fights surrounding the spread of the highly contagious disease—a novel strain of an existing virus—centered on its point of origin.

Indeed, no sooner had the world begun to grasp that the microbe—initially pooh-poohed by skeptics as merely another type of flu—was stumping doctors and epidemiologists alike than the battle about blaming China entered the debate. The question of whether it came from bats sold in wet markets or was manufactured in the laboratories of Beijing seemed to override discussions of symptoms and cures.

Another related topic of heated conversation focused on the legitimacy of closing borders to prevent carriers from country-hopping.

Then came the disagreement over the efficacy of lockdowns where containing the virus was concerned, with some leaders opposing them not only for economic reasons, but out of a belief that closures would hinder the creation of herd immunity. When British Prime Minister Boris Johnson, who had been one such head of state, not only contracted the virus but nearly died from it, he changed course and imposed stricter measures on the United Kingdom.

Sweden, which boasted a “keeping everything open” policy—and letting the elderly quarantine themselves if they wanted to—ended up with the highest death rate in Europe and little herd immunity to speak of.

Early on, Israel barred incoming tourism, forced most of the populace to barricade itself indoors, recommended avoiding physical contact between family members not sharing a residence and even prohibited people from straying more than 100 meters (328 feet) from their homes. It wound up flattening the curve in May, when it reopened most of the economy. Today, with a surge in COVID-19-related morbidity, the powers-that-be in Jerusalem are backtracking by reshuttering establishments that lend themselves to overcrowding.

None of the above has served to settle the dispute that continues to rage in parliaments, Cabinets and Congress, or among pundits on the op-ed pages of newspapers and experts presenting contradictory data over the airwaves. If anything, the cacophony proves that conclusions will not be reached until the plague passes or after a vaccine is approved, whichever comes first. Or both together, perhaps.

The endless bickering is boring by now. But something fascinating is happening that reveals a peculiar divide between otherwise like-minded Americans and Israelis. Whereas the right in the United States and its counterpart in the Jewish state tend to be generally on the same ideological page—ditto for the left in both countries—in the case of COVID-19, the positions are flipped.

While American conservatives, particularly those who support U.S. President Donald Trump, consider coronavirus restrictions to be an infringement on their freedom and a violation of their constitutional rights, Israelis of the same political persuasion tend to believe that abiding by government-imposed regulations, such as mandatory mask-wearing, is a civic duty.

The latter also thinks that individuals should take personal responsibility for their own health and show consideration for the vulnerability of others—not walk around flouting the rules and then faulting the government for its poor handling of the pandemic.

Trump’s last two major public appearances—at an election rally in Oklahoma on June 20 and an Independence Day celebration at Mount Rushmore in South Dakota on July 4—elicited howls of anger from the left about the fact that neither he nor the vast majority of his audiences wore masks during the events. His detractors accuse him of minimizing the risks of the virus in order to revitalize the economy quickly, in an attempt to win re-election on Nov. 3.

Israeli Prime Minister Benjamin Netanyahu, in contrast, has been nigh hysterical from the get-go, warning of thousands of deaths (by the time of this writing, no more than 334 Israelis had perished in total) and a severe shortage of ventilators in the event that the curve isn’t flattened. Then, when it did flatten in May, he undertook a not-so-gradual reopening of much of the economy, all the while beseeching the public to wash hands, wear masks and engage in social distancing.

But the minute that most of the restrictions were lifted, Israelis behaved as if they had been released from prison. Suddenly, they treated masks like necessary appendages to carry, in case a police officer should happen by and write up a ticket.

In America, members of the entertainment industry—now busy joining the ranks of the Black Lives Matter movement to protest against American history, culture and exceptionalism—spent their lockdowns in mansions, creating YouTube clips of themselves in pajamas while baking bread and saying piously, “We’re all in this together.”

In Israel, on the other hand, artists in the “biz” are attacking Netanyahu for robbing them of their livelihoods. Unlike their counterparts in the United States, they want to go back to work now, and demand that crowds be allowed to flock to arenas to see and hear them perform.

This seemingly divergent attitude on the part of the left in Israel and America, like that of the right on either side of the ocean, is pretty easy to understand when put in a different light.

Since Trump’s opponents see him as insufficiently panicked about COVID-19, they take the opposite approach. The same goes for Netanyahu in the reverse. His constant pleas for caution cause his rivals to claim that he’s exaggerating and fear-mongering.

In other words, everything really is politics. And health is no exception.