How Can Israel Help Diaspora Jewry? 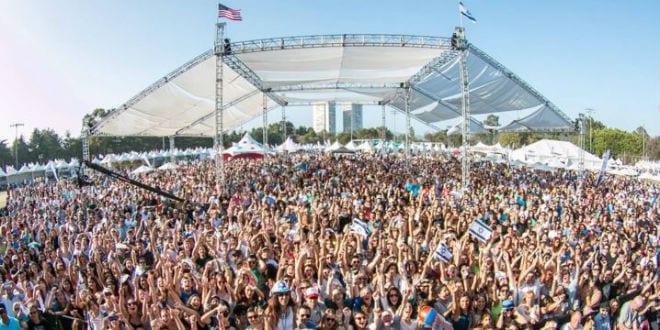 Diaspora Affairs Minister Omer Yankelevich heralded the move saying, “The government decision represents an acceptance of responsibility for the Jewish people, as Israel is obligated to do from the Declaration of Independence to the Nation-State Law. The framework that was approved enables us to build a stable strategic plan for the long term that won’t be dependent on the make-up of future governments.”

To be clear, as the largest and strongest Jewish community in the world, Israel is duty-bound to help the Jews of the Diaspora. Just as Jews worldwide poured their passion and money into helping Israel when it was young and vulnerable, today, Israel is morally obligated to return the favor. Between the steep rise of anti-Semitic violence and harassment from all sides of the political spectrum and the worldwide economic recession spawned by the coronavirus pandemic, the survival of Jewish communities abroad is threatened in ways never seen before.

Having settled the issue of whether Israel should help Diaspora communities by approving the framework presented by the Diaspora Affairs Ministry Sunday, the question the government now needs to answer now is how should it help them?

The framework decision approved on Sunday provides little guidance. The 10-page decision is heavy on platitudes but empty of substance. The Diaspora Affairs Ministry’s press release praising the decision said that future government programs will focus on: “Formal and informal education, activities in Israel, tikkun olam, innovation and technology, assessment and measurements, and common goals.”

The government decision itself emphasized the need to cultivate an “honest and true partnership” with Diaspora communities.

For all their vacuousness, the ministry press release and the government decision point to two potential problems moving forward. They should be put on the table and dealt with now before they put Israel in a position where it commits to programs that do more harm than good.

The first warning light is the ministry’s inclusion of tikkun olam, as one of the main focuses of government efforts. Today, tikkun olam, or “repairing the world,” is a verbal hologram. It can mean anything you want it to mean.

In classical Jewish texts, the goal of “repairing the world” is to bring about universal recognition of God’s kingdom among all nations of the world ushering the Messianic age complete with the return of all Jews to Israel and acceptance of God’s dominion by all humanity.

For some Jews, tikkun olam boils down to giving charity.

But today the term tikkun olam as most widely understood means something completely different from either its traditional definition or its more mundane conceptualization.

Today, tikkun olam is not a religious concept so much as a political one. To work towards tikkun olam is to act in the name of Judaism to achieve the political goals of the ideological left.

In the United States, tikkun olam, is presented as the central theme of Jewish identity not to inspire Jews to embrace ritual and religious observance or to move to Israel, but to push them to work on behalf of the ideological—and increasingly revolutionary—left.

Taken together, the purpose of these campaigns and activities is to redefine Judaism—particularly in the U.S.—as leftism. Tikkun olam Judaism rejects the particularism of the Jewish faith and the Jewish people in favor of a universalistic vision that is increasingly hostile to traditional Judaism, to Jewish peoplehood and to the Jewish nation-state, Israel.

Given that this is how tikkun olam is predominantly understood and practiced in the Jewish world today, Israel’s announced plan to develop tikkun olam programs raises the worrying possibility that the government will find itself dedicating public funds to projects that run counter to the public interest.

This brings us to the second problem with the framework that the government approved on Sunday. Which groups and communal leaders does Israel plan to develop “honest and true” partnerships with? Like the problem with tikkun olam, this problem relates primarily to Israel’s relations with U.S. Jewish communities.

Today, there are many forces in the United States—both Jewish and non-Jewish—that are investing astronomical sums to radicalize the Jewish community. [See here for details].

With many communities steeped in deep economic crisis, wealthy groups located on the leftmost edge of the political spectrum are becoming powerful actors in the Jewish community. With their deep pockets, they are able to buy massive influence over Jewish communal life. Among other things, groups like Bend the Arc have developed programs to control communities by paying the salaries of rabbis. They control curricula in day schools and Hebrew schools by among other things, requiring them to use materials provided by radical groups and by training teachers and subsidizing their salaries.

The outcry against these subversive efforts has been muted. And the lack of significant outcry among liberal Jews points to a significant problem for Israel. Under the circumstances, any group that Israel partners with will be condemned by someone. If it partners with conservative groups and philanthropists or with Orthodox Jewish outreach organizations, Israel will be condemned by the progressives. If it joins forces with liberal and progressive groups it will be condemned by conservative groups and find itself partnering with organizations and activists that oppose its efforts to strengthen the Zionism and Jewish identity of Diaspora Jewry.

So what is Israel to do?

Israel should develop true and honest partnerships with Jews on the grassroots levels of stressed and weakened Diaspora communities by providing them with services that they need and that Israel is in a position to render. There are three areas where Israel can be of greatest assistance: education, religious services, and security.

As the Diaspora Ministry’s program points out, particularly in the United States, only a tiny minority of Jewish children study in Jewish day schools. High tuition prices most Jews out of the system. It isn’t Israel’s job to subsidize Jewish day schools abroad and with Israel itself on the verge of coronavirus-induced economic depression, it couldn’t subsidize them even if it wanted to.

But Israel can provide two services that could decrease costs for day schools and so enable them to reduce tuition fees and enable more Jewish families to send their children to Jewish schools.

First, Israel’s Education Ministry could develop curricula and publish textbooks and other educational materials for Jewish students in the Diaspora. This wouldn’t be a new program.

Decades ago, when Israel was far poorer and weaker, the Education Ministry had a department dedicated to preparing and disseminating curricula and school books for Jewish schoolchildren in the Diaspora. Textbooks included Hebrew language instruction, Jewish history, Israeli history and religious texts. The time has come to reinstate it in the department.

Second, Israel can provide teachers. Israel has a surfeit of teachers and no problem training more. It could launch a program to train teachers to teach in Diaspora communities for a period of three to five years. Such a program could include scholarships in teacher accreditation programs and dedicated training ahead of relocation. Israel can subsidize the teachers’ salaries or partner with philanthropists to finance their work abroad. The Diaspora communities could pitch in by providing housing for the teachers and their families and paying at least part of their salaries for the duration of their stay.

Like the production and dissemination of educational materials, by providing teachers—in everything from Torah to mathematics—Israel would reduce overhead costs for Jewish day schools and enable them to reduce tuition. Moreover, it would build deep, lasting partnerships and friendships between Israeli and Diaspora Jews.

One of the reasons for the precipitous drop in synagogue membership and ritual observance is costs. Today, there are already extraordinary programs in Israel that train young rabbis to serve as community rabbis in Diaspora Jewish communities. The young rabbis and their families move to far-flung communities for five years where they build, organize and serve the communities. The rabbis provide religious leadership and training and religious services like supervising the preparation and sale of kosher food enabling local community members to open kosher restaurants and supermarkets.

The government should support and expand these programs. By sending young Israeli rabbis abroad, Israel will lower synagogue membership costs—and through them the cost of living Jewish lives. These rabbis and their families will develop strong, lasting grassroots relationships between Israeli Jews and Diaspora Jewry.

The rise in violent attacks on synagogues and Jewish schools, grocery stores and other Jewish institutions worldwide over the past several years has made many Jews fearful of participating in communal life. Israel can and should help Jewish communities protect themselves by providing them with the means to protect their institutions.

Again, at marginal cost in terms of manpower and financial outlays, Israel can and should provide training for local Jewish security officers and when necessary, provide security officers to protect Jewish institutions from attack.

By every measure, the position of Jewish Diaspora communities is deteriorating. The steep rise in anti-Semitism; the high rates of assimilation and the rising cost of membership in synagogues and tuition costs for Jewish schools amid economic turndowns all contribute to the rapid emptying out of Jewish communities worldwide; the weakening of their ties with Israel and the rise of radical forces within the weakened communities.

The government made a critical decision on Sunday. Israel has to develop and begin implementing a strategic plan to reconnect Diaspora Jewry to Israel and to Judaism. Israel has the professional and human resources to accomplish this vital goal. Given the gravity of the situation, the government must define clear methods and goals now to ensure the success of its efforts.