Thomas Jefferson: Good or Evil Based on the Left’s Agenda

Home » Thomas Jefferson: Good or Evil Based on the Left’s Agenda 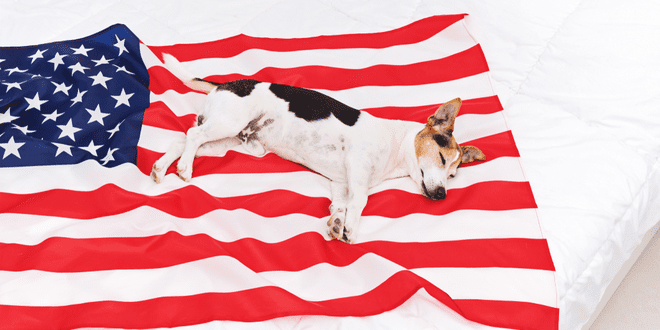 Before the “progressive” Left began tearing down American monuments, they tried to use the Founding Fathers’ names to their advantage.

Thus, for Barack Obama, “Islam has been woven into the fabric of our country since its founding.”  The main “proof” of this dubious claim is that Thomas Jefferson, whose statues are being torn down, owned a Koran.  This simple fact supposedly “demonstrates that from the very beginning of our country, we had people who were visionary, who were religiously tolerant, who believed that knowledge and wisdom could be gleaned from any number of sources, including the Qur’an,” exulted Keith Ellison, before being sworn into the House of Representatives on Jefferson’s Koran.

Over a decade later, in January 2019, Rashida Tlaib, another Muslim elected to the House of Representatives, announced that she too would be sworn in on Jefferson’s Koran. “It’s important to me because a lot of Americans have this kind of feeling that Islam is somehow foreign to American history,” Tlaib said.  “Muslims were there at the beginning… Some of our founding fathers knew more about Islam than some members of Congress now,” she added, implying that any of her counterparts who are critical of Islam are low-browed cavemen in comparison to the supposedly “open minded” founders of this nation.

Similarly, according to Denise Spellberg, author of Thomas Jefferson’s Qu’ran: Islam and the Founders, Islam’s holy book “was really a bestseller” in early America.  “By using Jefferson’s Quran,” she said of the aforementioned Muslim politicians, “they’re affirming the fact that Islam has a long history in the United States, and is in fact an American religion.”

How much of any of this is true?  Next to none.

For starters, Jefferson’s Koran was produced under the usual circumstances: to understand and therefore better resist Europe’s ancient foe.  Indeed, from Christendom’s original contact—or rather collision—with Muslims in the seventh century, “infidels” always turned to the Koran for answers, to understand what all this “jihad” business was about.

Beginning with John of Damascus (b. circa. 675)—who concluded that “[t]here are many other extraordinary and quite ridiculous things in this book which he [Muhammad] boasts was sent down to him from God”—till the modern era, non-Muslims, particularly Christians and Europeans, reached an unwavering consensus: that the Koran, that “most pitiful and most inept little book of the Arab Muhammad,” not only promoted hate and violence, but was full of “ugly and vulgar filth,” including by portraying paradise as a “sexual brothel” for those who die waging jihad, to quote the eighth century’s Nicetas Byzantinos, who had and closely studied a copy of Islam’s holy book.

Even the first English translation of the Koran (based on a French translation) was produced at a time when the Muslims of North Africa (“Barbary”) were terrorizing virtually every corner of Europe and enslaving at least 1.25 million Europeans. From 1627 to 1633, Lundy, an island off the west coast of Britain, was even occupied by the Islamic slavers, whence they raided and pillaged England and Ireland at will.

In this context, the motive of Alexander Ross, the translator of this first English language Koran (published 1648), was so that, in “viewing thine enemies in their full body, thou maist better prepare to encounter and, I hope, overcome them.”  He continued:

There have been continual wars, and will be still between us.  It concerneth every Christian who makes conscience of his ways, to examine the cause and to look into the grounds of this war [as laid out in Islam’s sacred book].

As for Jefferson’s Koran—the first English translation made directly from the original Arabic (1734)—its translator, George Sales, noted in his introduction “the calamities brought on so many nations by the conquests” of Islam, which helped “occasion all the detestation with which the name of Mohammed is loaded.” He further implored “Providence” for having “reserved the glory of its [the Koran’s] overthrow.”

Even the Smithsonian, in a typical article meant to put a “progressive” spin, concedes that “Jefferson bought this book while he was a young man studying law, and he may have read it in part to better understand Islam’s influence on some of the world’s legal systems.”

And “better understand Islam’s influence” he most certainly needed to do, when Barbary’s Muslims turned their attention to and began enslaving American sailors.  In an effort to ransom them and establish peaceful relations, Jefferson and John Adams—then ambassadors to France and England respectively—met with Tripoli’s ambassador to Britain, Abdul Rahman Adja.  Following this diplomatic exchange, the Americans laid out the source—that is, the Koran—of Barbary’s hitherto inexplicable animosity in a letter to Congress, dated March 28, 1786:

We took the liberty to make some inquiries concerning the grounds of their [Barbary’s] pretentions to make war upon nations who had done them no injury, and observed that we considered all mankind as our friends who had done us no wrong, nor had given us any provocation. The ambassador answered us that it was founded on the laws of their Prophet, that it was written in their Koran, that all nations who should not have acknowledged their authority were sinners, that it was their right and duty to make war upon them wherever they could be found, and to make slaves of all they could take as prisoners, and that every Musselman who should be slain in battle was sure to go to Paradise.

Although America tried for years to buy peace—including by paying an annual tribute (jizya) amounting to 16 percent of the federal budget—war was inevitable.  Therefore, on becoming president, Jefferson led America in its first war as a nation: the Barbary Wars (1801-1805; 1815).

Even the editor’s note of the very first American edition of the Koran, which came out in 1806, one year after the First Barbary War ended, makes clear that it was not published for the “cultural enrichment” of Americans, but to inform them why they had been at war. “Thou wilt wonder,” the editor observes, “that such absurdities hath infected the better part of the world, and wilt avouch, that the knowledge of what is contained in this book, wilt render that law [sharia] contemptible.”

The facts are simple: from Islam’s birth to the present, non-Muslims—including Thomas Jefferson—always turned to the Koran to understand why its adherents maintained a “pious” hostility for them.  In so doing, they were simply making use of Sun Tzu’s famous dictum on war: “know thy enemy.”

That many today are committed to rewriting this and other unflattering facts about Islam in ways that exalt Muhammad’s creed and make wary Americans appear xenophobic and “unenlightened” is part and parcel of the Left’s over all war on America.

As for Thomas Jefferson himself, the Left loves or hates him according to which better helps further their agenda.  Regardless, whether they judge him by today’s standard on race—which by definition is anachronistic and indicts virtually every single American and European before the twentieth century—or whether they project their own “progressive” (i.e., asinine) mentality onto him, they lie, exclusively for their benefit.