Current Economic Crisis will Cause Jews Outside Israel to Dissolve, Expert Warns

Home » Current Economic Crisis will Cause Jews Outside Israel to Dissolve, Expert Warns 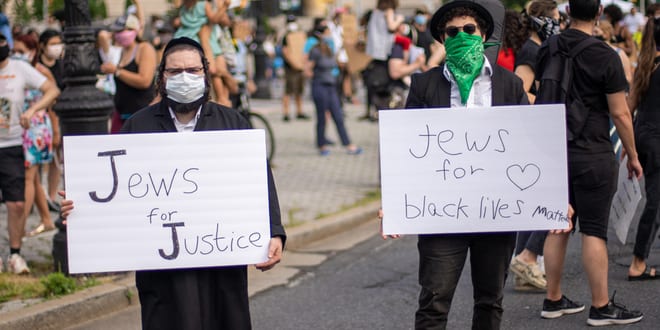 Vice Chairman of the World Zionist Organization Yaakov Hagoel warned of rising antisemitism in America in an interview on Monday saying that “Antisemitism has reached an all time high not seen since the Holocaust. We are talking about two years already and the coronavirus only compounded it.”

In fact, anti-Semitic inicdents hit an all-time high last year. The Anti Defamation League reported in May that the American Jewish community experienced the highest level of antisemitic incidents last year since tracking began in 1979, with more than 2,100 acts of assault, vandalism and harassment reported across the United States. This included the Poway synagogue shooting, the shooting in in the Greenville section of Jersey City that targeted Jews, and a wave of  of violent assaults in Brooklyn.

Hagoel also said that in addition to a health crisis, Jews in the diapora are also facing an economic crisis brought upon by worldwide corona lock-downs.  He explained that  the religious Jewish communities outside of Israel will suffer economically to a far greater degree than secular or nonj-Jewish communities  as they have the added  burden of paying for expensive Jewish Day-Schools.

“Unfortunately, you will be forced to send your kid to public school to save the $40,000 so that you will be able to have food for your kid.”

“You will see that they learn and grow up with gentiles and eventually marry them and in the next generation, there will be no more Jews” Hagoel lamented.

Intermarriage has always been a challenge for the Jewish community but the problem is clearly growing. A Pew report in 2013 revealed that 44% of all currently married Jewish respondents – and 58% of those who have married since 2005 – indicate they are married to a non-Jewish spouse.In the US, other causes, such as more people marrying later in life, have combined with intermarriage to cause the Jewish community to decrease dramatically; for every 20 adult Jews, there are now only 17 Jewish children.Some religious conservatives now even speak metaphorically of intermarriage as a silent holocaust.

“You need to understand, this is a troublesome time for Israel” he added. Hagoel then called on the Israeli government to help find a solution for the unique crisis.

In the interview, Hagoel also lamented the rising violence targeting those who are identifiably Jews – a phenomenon that can add to the enticement of assimilation.

“We won’t have to wait even ten or fifteen years to see the assimilation and intermarriage,” Rabi Kahana warned.

“A lot of people, religious Jews especially, don’t want to talk about the Shoah (Holocaust),” Rabbi Kahana said. “It presents a lot of very troubling questions for someone who believes in God. But if you don’t talk about it in a deep and meaningful manner then six million Jews died in vain.”

“This upsets a lot of people but the Holocaust was not a Jewish problem,” Rabbi Kahana said. He noted that in World War I, anti-Semitism was not a central aspect of the conflict so many Jews served in the German army, even achieving the highest ranks. In World War II, many Jews served in the Russian army, also as high-ranking officers. In comparison, the US Army had one Jewish general at that time. The only places Jews suffered in the Holocaust were where other nations were fighting each other.”

“A fantastic amount of Jewish blood was spilled. How did that happen? In my opinion, the Holocaust was not a judgment from heaven. It was not a Jewish story. Both world wars were between Esau and Esau; Germans, Russians, all of Europe. When Esau kills Esau, it is not a good place for a Jew to be.”

“The same thing is happening in the US right now,” Rabbi Kahana noted. “There are a lot of fierce conflicts: Democrat versus Republican, black versus white, rich versus poor. This is all Esau against Esau. Once Esau starts to fight Esau, or even Ishmael agains tIshmael, or even Esau against Ishmael, and blood starts to get spilled, they have always come for the Jew.”

Rabbi Kahane referred to a verse in Exodus, using the legally relevant  verse as a parable.

When a fire is started and spreads to thorns, so that stacked, standing, or growing grain is consumed, he who started the fire must make restitution. Exodus 22:5

“Once a fire starts, it will consume everything in its path: thorns as well as wheat,” the rabbi explained. “Once fighting begins, it will kill everything in its path; guilty, innocent, involved parties and uninvolved third parties. When Hashem (God, literally ‘the name’) sends a judgment to the evil people, if there are any righteous people among them, they will be burned too.”

Rabbi Kahane referred to a Midrash that states that 80% of the Jews died in Egypt before the Exodus.

“If that were true, the Jews would have been in mourning when they left Egypt. But we see that they were happy, even singing a song after passing through the Sea pf Reeds  My interpretation of the Midrash is that it was as if 80% of the Jews died. How is that? They disappeared through assimilation and intermarriage. This happened in Babylonia when many of the Jews stayed because they were wealthy. This is exactly what is happening in America.”

“Just like the day the Jews left Egypt, the redemption is now and it is here. If you push it off, you are finished.”

“Israel is an exquisite mitzvah that is not everyone, not for the masses. Only a few can understand it, or have the eyes to see it. Every Jew has the requirement to live in Israel but not everyone can do it. He has to be invited. A Jew does not do  aliyah. A Jew is called by God to live in Israel.”