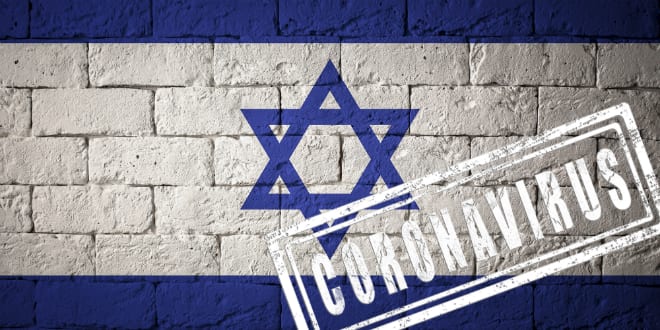 The coronavirus pandemic knows no borders, and its rate of infection is breaking records by the day. It’s also a fact that shutting down border crossings and banning entry to foreigners has failed to stop the virus from spreading across the globe.

Among other places, the virus has made its way to Iran, the epicenter of the outbreak in the Middle East. Iran has tethered itself, we all know, to the axis of evil comprising Hezbollah in Lebanon, the Assad regime in Syria, and even Yemen, where it supports the Houthi rebels. Along the same routes Iran has used to smuggle missiles and other weapons to its allies across the region, the coronavirus has followed. Lebanon has become the second hardest-hit country in the region, followed by Yemen and Syria.

Mapping out the routes of infection, therefore, goes beyond epidemiological inquiry. It can also tell us a story with diplomatic and security implications. One such story was revealed last week in the pages of a report published by the Corona National Information and Knowledge Center, which sought to assess the ways in which the virus is transmitted in Israel.

It appears that the outbreak in Jaffa, which was reported on a month ago, led to the spread of the virus to Bedouin population centers in the Negev Desert, which then became one of the more significant hot zones in Israel. From there, the virus spread to the Mount Hebron region and then to Hebron, Ramallah and even Nablus and its environs. From there, it spread to the villages and towns in the Triangle region (Wadi Ara) on the Israeli side of the Green Line.

These are not guesses or assumptions, but rather the result of epidemiological questioning of confirmed carriers, who have explained the reciprocal nature of relations between the populations in these areas—familial and commercial relations, which bring, for example, Bedouins from the Negev to Mount Hebron or Arab residents of the Triangle region to Judea and Samaria. Against this backdrop, it should come as no surprise that in half the cases investigated in the Triangle region, the source of infection was the Bedouin villages in the Negev. This also explains why the morbidity rate in the Palestinian Authority, which decided to ban entry to Arab Israeli citizens, spiked so dramatically.

First and foremost this is a health challenge, because it’s hard to monitor the observance of the Health Ministry’s safety guidelines inside the Palestinian Authority. But the infection routes also illuminate the network of connections that should also be troubling from a security viewpoint, because these familial and business networks—which today are also infection routes—can become a security headache.

At the same time, these corona routes also inform us that the Green Line, which many in Israel and abroad view as some sort of official boundary, has essentially been erased and doesn’t exist in actuality. Not just because of the settlement enterprise, but also because Arab Israelis and Palestinians are voting with their feet in favor of one open space for familial and commercial relations. The coronavirus didn’t tell us something we didn’t already know; it simply reflects a fact of life that some people are trying to ignore.