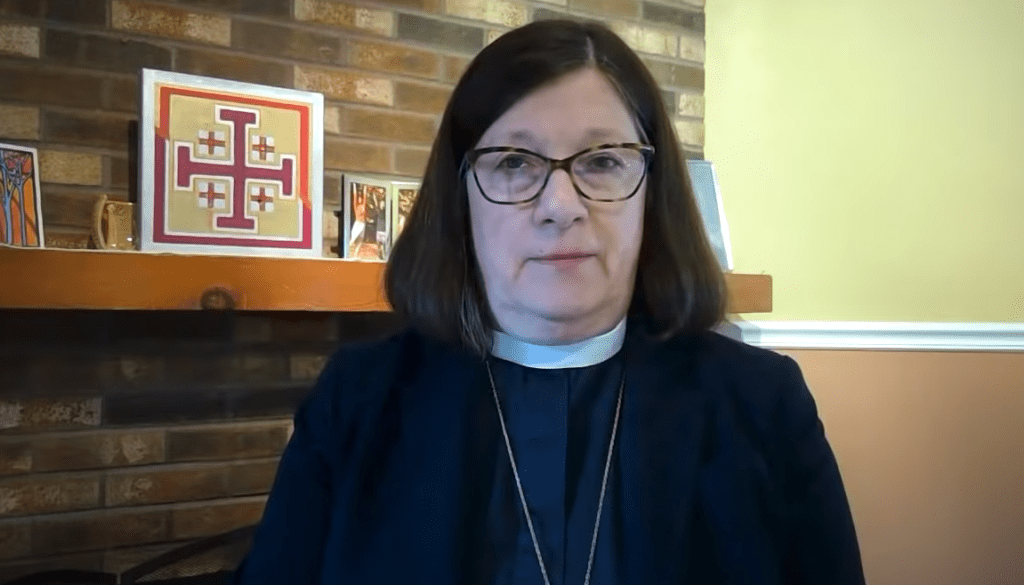 The Evangelical Lutheran Church in America (ELCA)  26 other churches, sent to the US Congress in opposition to Israel accepting sovereignty in the Biblical heartland of Judea and Samaria.

The letter was a response supporting the position of Bishop Sani Ibrahim Azar of the Evangelical Lutheran Church in Jordan and the Holy Land as expressed in his letter titled “Liberation, Not Annexation.” In his letter, Bishop Azar accused Israeli Prime Minister Netanyahu and US President Trump of taking “ advantage of the current global health crisis to move forward with plans to annex West Bank settlements and the Jordan Valley.”

The Bishop inaccurately states, “This unilateral action—taken without negotiations and consultation with Palestinian leaders—ignores long-standing peace accords agreed upon under international sponsorship and guarantees. Annexation violates international law and is certain to have severe consequences for Israeli and Palestinian people.”

Trump’s peace plan, officially called  “Peace to Prosperity: A Vision to Improve the Lives of the Palestinian and Israeli People”, was presented to the Palestinian Authority, which rejected it outright and cut off all ties with Israel and the US. The plan does not violate any international laws and is in compliance with UN Resolution242 establishing the ground rules for negotiations between Israel and the Palestinians and how it relates to Judea and Samaria.

In her response, ELCA Presiding Bishop Elizabeth Eaton took the Bishop’s anti-Israel stance quite a bit further.  Eaton joined 26 other U.S. Christian leaders in a letter to Congress asking it “to wield its power of the purse and not allow any United States funds provided to Israel until the “occupation” ended.

In the letter, The Rev. Rafael Malpica Padilla, executive director of ELCA Global Mission, said that there was a connection between the Israeli government’s “repressive tactics against Palestinians” and racism in the US.

“As it has been reported, the kind of police tactics used to kill George Floyd are among those taught to a number of police departments that have taken part in training by Israeli police and military forces,” Malpica Padilla said. “For example, 100 Minneapolis police officers received counterterrorism training from Israelis at a conference held in 2012.”

Padilla’s claim was based on a report by Amnesty International which has since been discredited. Micky Rosenfield, the national spokesman for Israeli police, tweeted on 9 June: “There is no procedure that allows an officer of the Israel police dept to carry out an arrest by placing a knee on the neck of a suspect.”

And after the article was first published, the Israeli Embassy in London told FactCheck: “Any attempt to create a link between what took place in Minnesota with Israel is baseless and misguided.

“The said 2012 event in the Israeli Consulate was on counter-terrorism training that involved information sharing and explosive disarmament training. No arrest tactics were taught as part of the event. “

The FactCheck article went on to discredit any claim that the Minneapolis Police instituted the technique used to kill  George Floyd after learning it from Israeli police.

“The conference hosted by the Israeli consulate for US police officers took place in July 2012. We’ve seen evidence that “neck restraints” involving an officer’s leg were permitted by Minneapolis Police in 2010, and perhaps even as early as 2002.

“Archived versions of the Minneapolis Police Department “Use of Force Policy” show that “neck restraints” and “chokeholds” were written into the code in October 2002.”

Padilla also claimed that the detention of migrant families and children stopped while illegally entering the United States is comparable to the plight of many Palestinian children. “We have continued to for children not to be detained and separated from their parents as is happening on our southern border, and we are concerned that the Israeli government continues to detain Palestinian children in a similar way,” he said.

Kathryn Mary Lohre, Assistant to the Presiding Bishop of the ELCA and Executive for Ecumenical and Inter-Religious Relations & Theological Discernment, made a similar comment on the ECLA’s website connecting the George Floyd murder with Israel.

Last year, the Simon Wiesenthal Center denounced several anti-Israel measures adopted by the ELCA. Rabbi Yitzchok Adlerstein, the Center’s director of interfaith affairs, was especially harsh in his criticism of the ELCA.

“The measures were passed around the 18th anniversary of the notorious Sbarro suicide attack that claimed the lives of 15 including two Americans,” Rabbi Adlerstein said at the time. “Since that time, the PA has paid out $910,823 to the terrorists involved and their families. We looked unsuccessfully for language in the measures that asked Palestinian parents to stop sending their children out to murder Israeli civilians and to ask the PA to stop funding terrorists.”

“We acknowledge that ELCA, to its credit, also reaffirmed its 1994 statement that repudiated Martin Luther’s vicious anti-Semitism, and promised to reach ‘out in love and respect to the Jewish community.’  But if this is what their love looks like, we say, ‘Thanks but no thanks.’”