Does Anyone Still Love America?

Home » Does Anyone Still Love America? 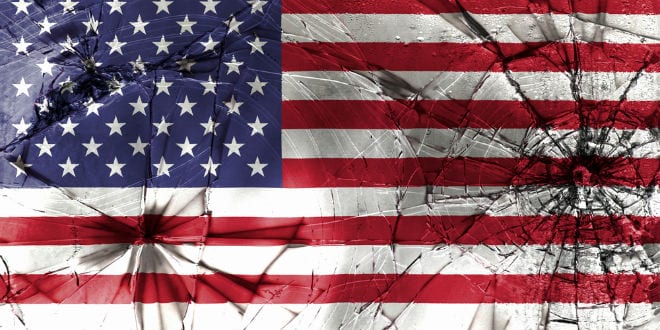 So many people are so angry about so many things in America that it’s easy to overlook what we love about this country in the first place.

I get all the anger. It’s human. It’s a visceral reaction to injustice.

What I don’t get is the hate.

It seems as if the anger against injustice has morphed into a hatred of America itself. Simply put, a lot of people right now just don’t like this country.

In this overheated climate, love of country is the last thing on one’s mind. Ask yourself: When is the last time someone told you something beautiful they love about America?

That’s right. You can’t remember. Neither can I.

We’ve become so paranoid about looking politically correct and seeing only America the Bad, we no longer care to see America the Good.

Saying anything decent about your country may even get you in trouble. Our newspaper of record, The New York Times, now publishes all the indictments against America that are fit to print. Slowly, inexorably, even our founders are being dismantled. Virtually every opinion piece on the subject goes in one predictable direction: America is a country born and raised and bathing in sin.

This is not just an intellectual failure; it’s also a tactical one. Lost in the whirlwind of indictments are the values and ideals that have made this country the most sought-after destination for refugees the world over, and are the proven building blocks for any progress.

We have no leaders today to remind us of these cherished values and ideals. We used to have them even in our darkest times, as in the social upheavals of the 1960s.

That year, in the wake of assassinations, police brutality, insidious racism and the horror of the Vietnam War, The Los Angeles Times editorialized: “We are a sick society that has fallen far short of what we claim to be,” adding that a “kind of mental and moral decay is eating out the vitals of this country.”

And yet, from that darkness came some of our most inspirational leaders, from John F. Kennedy to Rabbi Abraham Joshua Heschel to Martin Luther King Jr., all of whose words still resonate.

They resonate because they were fearless. Kennedy told us, “Ask what you can do for your country.” Heschel told us, “The rejection of reason is cowardice and betrays a lack of faith.” King told us, “Hate cannot drive out hate; only love can do that.”

When few others did, these leaders showed their faith in America’s ability to perfect itself.

Who are the fearless leaders today promoting that same faith and optimism? Who is telling us not what we want to hear but what we need to hear? Certainly not our politicians or our corporate and civic leaders or the mainstream media.

Instead of leading and inspiring the masses, our nervous leaders are replicating their anger. They can’t afford to say anything that deviates from the accepted narrative, so they’re happy to play it safe and be foot soldiers against big, bad America.

Expressing love of country is now a courageous act. It makes me wonder: How will the America-bashing narrative play out when we celebrate Independence Day on July Fourth?  How many Americans will prefer to express national shame rather than national pride?

In President George Washington’s famous letter to the Hebrew Congregation in Newport, R.I., in 1790, he spoke of a new nation that “gives to bigotry no sanction, to persecution no assistance,” requiring only “that they who live under its protection should demean themselves as good citizens, in giving it on all occasions their effectual support.”

How would we define a “good citizen” today?

It’s an irrelevant question. We are at war with one another. “Good citizen” means anyone who can help your side win. There is no common hope, no common destiny, no common language. And there’s certainly no common love.

I love America not because it’s perfect, but because it’s constantly trying to improve. It is a messy and halting work in progress. It offers the freedom and liberty to fight for justice. It offers hope.

It’s almost quaint to hark back to these words from former President Barack Obama: “Instead of giving in to cynicism and division, let’s move forward with the confidence and optimism and unity that define us as a people.”

As naive as those sentiments may appear, they are precisely what is needed at the moment. America is overdosing on guilt, which is demoralizing us and paralyzing progress. To move forward, we need to reclaim some of our innocence.