Report: Hezbollah (Lebanon) to Wage War Against Israel This Summer 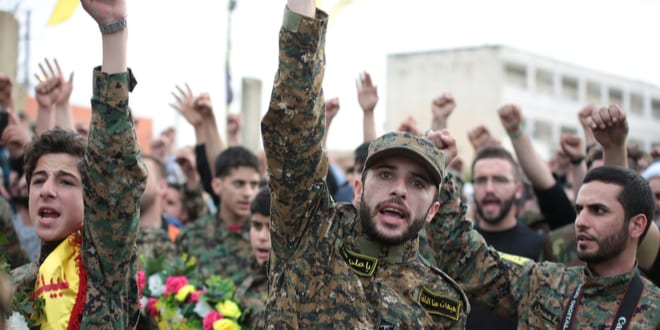 Media reports claim that Hezbollah, the terrorist organization that effectively runs Lebanon, has announced that it plans on attacking Israel this summer.

The Israeli Broadcasting Corporation “Kan“, cited an article in the Arabic Saudi Arabian daily newspaper Okaz published on Thursday. In the Okaz article,  Western diplomatic sources in Beirut stated that all the data indicates a war is imminent in the very near future. The cause for Hezbollah’s rise in aggression, according to the diplomatic sources, is that they feel besieged from all sides and is, therefore, willing to go to extreme measures to break out.

“War against Israel can turn the bowl upside down so they can grab all the cards,” the sources said. The diplomatic sources also said a confrontation can also break out in the northern section of the border between Lebanon and Syria before the US presidential elections.

This week, the Lebanese newspaper a-Nahar reported that there is talk in Hezbollah circles about a possible war with Israel in August. A few days ago, American Caesar Syria Civilian Protection Act went into effect. The legislation imposes economic sanctions on the Syrian government, including Syrian President Bashar al-Assad, for war crimes against the Syrian population. The law has economic implications for both Lebanon and the Lebanese Hezbollah.. Iranian and Russian entities are addressed for their governments’ support of Assad in the Syrian Civil War.

In his last speech, Hezbollah leader Hassan Nasrallah threatened that “we will kill every person who tells us ‘either you will die of starvation or we will kill you in order to take Hezbollah’s  weapons’.”

Last weekend, Hezbollah’s military branch released a video in the context of psychological warfare with Israel, in which they tried to convey a message that they have in their arsenal accurate missiles despite Israel’s attempts to thwart Hezbollah’s attempts to acquire advanced missiles. The soundtrack of the video is one of Nasrallah’s previous speeches in which he speaks in a calm voice is narrated by Nasrallah speaking in a calm voice.

Hezbollah is generally considered the most powerful non-state actor in the world, and to be stronger than the Lebanese Army. Estimates of Hezbollah’s total rocket count range from 40,000 to 150,000, which is considerably more than most countries. Since 2010 there have been rumors that Hezbollah has been supplied with large, powerful Soviet-made Scud missiles from Syria. Hezbollah possesses limited numbers of anti-aircraft and anti-ship missiles, as well as thousands of anti-tank missiles, which they are skilled at using. By comparison, during the 2006 war, Hezbollah fired 4,000 short-range rockets into northern Israel, killing an estimated 50 Israelis.

In an article for the Begin-Sadat  Center for Strategic Studies (BESA), Dr. Ehud Eilam noted the threat of Hezbollah missiles.

“The IDF has many more weapons and much more manpower than Hezbollah—but Hezbollah has up to 150,000 projectiles aimed at Israel. All of Israel is within Hezbollah’s missile range, but it would primarily target the north of the country. The sheer quantity of rockets available to Hezbollah means that Israel’s defense systems such as the Iron Dome would only be able to intercept some of them. The only way to completely stop the firing of missiles and rockets would be to run a large-scale offensive inside Lebanon.

“The IAF has been training to launch thousands of sorties aimed at destroying Hezbollah targets, mainly its rockets. But the IAF might not be able to accomplish this mission by itself, especially if rockets hit its airfields. Israel might have no alternative but to also conduct a major ground offensive.”

“If Hezbollah opens fire first, targeting Israeli cities, it will force Israel to react immediately and in a massive way. An Israeli preemptive strike is unlikely, though surprise is crucial in capturing Hezbollah off guard.

“The IDF has an overwhelming edge over Hezbollah, but the latter has relative advantages, mainly its missiles/rockets. The two sides will continue to try to avoid a costly war, but a war might still occur—against the will of one or even both of them.”