From Marine to IDF: A Soldier Compares the Experiences

Home » From Marine to IDF: A Soldier Compares the Experiences 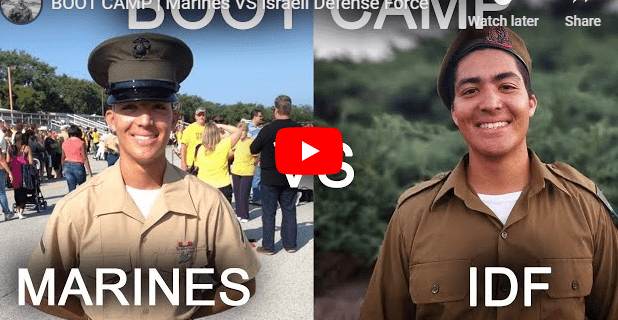 Isaac Ben-Nun originally served as a combat correspondent in the United States Marine Corps. But after moving to Israel, he is now a combat camera in the Israeli Defense Forces (IDF).

Ben-Nun has become somewhat of a rising Youtube star making video blogs (vlogs) highlighting the differences between the Marine Corp and the IDF. But aside from comparison videos, Ben-Nun also advises Jews in the diaspora considering drafting into the IDF.

In one recent video; ‘5 Tips for Lone Soldiers‘, Ben-Nun offers prospective IDF recruits from abroad advice about what to expect when drafting into the IDF.

In that video, Ben-Nun tells prospective draftees to learn Hebrew well. Other pieces of advice he offers include the importance of spending time in Israel (before being recruited), managing expectations, and humility.

Soldiers like Ben-Nun are not only protecting the land God gave to the Jewish people, he is also helping to facilitate more Jews in the Diaspora fulfilling the same prophecy of returning to Israel.

And there is hope for your future —declares Hashem: Your children shall return to their country. Jeremiah 31:13

What most people don’t realize is that there is one organization that provides lone soldiers like Ben-Nun with all their needs. That organization is called Libi.

Behind the scenes, Libi ensures that every lone soldier who drafts into the IDF is well taken care of any time they go off base. For instance, Libi launched a new program that provides fully furnished apartments for lone soldiers on leave.

The organization provides over 100 apartments throughout Israel where lone soldiers can live on a permanent basis. The apartments, also known as “Bayit Cham” or “Warm House” are maintained by a professional staff providing maintenance, food to stock the fridge and other household supplies.

For the soldiers, the apartment and its upkeep is free of charge. But for Libi – the organization providing it, it’s not.

That’s why Libi depends on friends of Israel worldwide to support their efforts in providing homes and all its amenities to Israel’s bravest. In other words, now can be your chance to donate. Help Libi help Israel’s soldiers. You can do that by donating to the Libi organization.

Empower to the IDF by donating to Libi today.