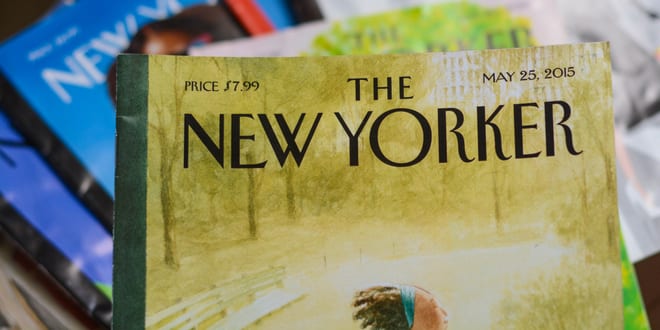 A recent article in The New Yorker described Biblical King David as the head of a “rebel gang”  lording over a “neglected chiefdom of pastoralists and outlaws”, making a living by collecting “protection money” from the locals. The theory was the brainchild of Yisrael Finkelstein,  professor emeritus at Tel Aviv University, who

In the article, Finkelstein claims the original Hebrews were  “of local stock” or, as the article explains “Bedouin nomads.” Nadav Na’aman, an authority on Jewish history and a colleague of Finkelstein’s at Tel Aviv University, describes David’s story, what the article describes as |ground zero” for reconciling the Bible and historical fact, as “extraordinary fiction.”

“There is no archeological record of Abraham, or Isaac, or Jacob,” the article claims. “There is no Noah’s Ark, nothing from Moses. Joshua did not bring down the walls of Jericho: they collapsed centuries earlier, perhaps in an earthquake.”

While claiming that archaeological evidence for Biblical King David was lacking, the article mentioned the Tel Dan Stele a fragmentary stele discovered in 1993 in Tel-Dan, described as the northernmost city of the Kingdom of Israel and belonging to the tribe of Dan. The surviving inscription, which dates to 9th century BCE, details that an individual killed Jehoram, the son of Ahab, king of Israel, and the king of the house of David.

In the fifth year of King Yoram son of Achav of Yisrael—Yehoshafat had been king of Yehuda—Yoram son of King Yehoshafat of Yehuda became king…However, Hashem refrained from destroying Yehuda, for the sake of His servant David, in accordance with His promise to maintain a lamp for his descendants for all time. II Kings 8:16-19

The likely candidate for having erected the stele is Hazael, an Aramean king, whose language would have been Aramaic, who is mentioned in Second Book of Kings as having conquered the Land of Israel, though he was unable to take Jerusalem.

Its significance for the biblical version of Israel’s past lies particularly in lines which mention a “king of Israel” and a “house of David”.

But the discovery was not enough to convince Finkelstein that the “king of Israel” and the “house of David” described in the stele actually existed.

Three years after the discovery of the stele, Finkelstein published a paper in the peer-reviewed journal Levant titled “The Archeology of the United Monarchy: An Alternative View.” In the paper, Finkelstein rejected the accepted chronology of archaeological finds at Megiddo attesting to a significant material culture. He set the date over one hundred years later to the 9th century BCE. Finkelstein’s revised chronology placed the accepted Davidic period at a time when no archaeological proof existed for significant material culture.

“In effect, however, Finkelstein was stripping David and Solomon’s United Monarchy of any ruins attesting to splendor, and reattributing those ruins to the Omride kingdom of northern Israel,” The New Yorker wrote. “Omri is presented in the Bible as a marginal king—but, according to Finkelstein, that only underscores the authors’ Judean bias. The archeological record suggests that Omri’s kingdom was a dominant regional power, with the House of David serving as its vassal.”

Finkelstein’s theory is referred to in the field of archaeology as ‘low chronology’ in which he proposed to “lower” the dates of the Iron Age strata in the Levant by several decades.

“The description is of a glorious kingdom, a huge empire, authors in the king’s court, a huge army, military conquests—and then someone like me comes along and says, ‘Wait a minute. They were nothing but hillbillies who sat in Jerusalem in a small territory, and the rest of it is either theology or ideology,’ ” Finkelstein said. “So someone for whom the Bible represents the word of God views what I have to say with complete shock.”

The bias of the article became clear when it began to describe the archaeological site at Silwan, adjacent to the Temple Mount. Finkelstein has admitted to objecting to the political ramifications of the site which has revealed proof of many Biblical aspects, confirming Jewish roots in the city going back more than 3,000 years.

The article states that the site was developed by a group named Elad which the Israeli government allowed to “buy and seize the homes of Palestinian families in Silwan, and install Jewish families in their place.”

“He looks like a paratrooper from the fifties, with his tzitzit [prayer tassels] and his sandals,” Finkelstein said. “But he’s extremely sophisticated.”

What the article fails to report is that the area of Silwan, known in the Bible as Shiloah (the Siloam Pool), is a location essential for the Jewish Temple. It was established in 1882 as a Yemenite Jewish village but Arab riots decimated it in the early 1900s. In 1938, the British took out the last 35 families with the false promise they would be permitted to return shortly to their homes.

All of Jerusalem, including Silwan, was annexed by Israel in 1967. Acquiring the properties is a difficult process since Palestinian Authority law prohibits selling property to Jews is a capital offense punishable by either hard labor or death. Nonetheless, all of the purchases in Silwan were legal and binding if challenged in court.

Dr. Eilat Mazar,  a renowned archaeologist, was mentioned in the article as claiming to have found the palace of King David. This would have been the missing material culture consistent with the Biblical description of King David’s rule being significant and splendid. Finkelstein was highly critical of her claim.

“She says it’s a majestic building from the tenth century, and that it’s the palace of King David,” Finkelstein was quoted as saying. “Not one word in that sentence is true.”

“The article was about Dr. Finkelstein and had nothing to do with King David,” D. Mazar said. “The article did not deal with archaeological evidence or proof. The article therefore cannot claim to represent such an important subject without bringing any of the proofs.”

“The article was very well written which makes it even more of a pity that it was not serious about the subject. It is a shame to misguide the public and misrepresent this subject. If they want to write about a particular archaeologist, that is fine and it is certainly their right. But they should not present it as if they are giving proof on a subject of study. Scientific proof is something entirely different. It is misleading to the public to present the theories of a specific archaeologist as fact when these theories have not been proven by facts and evidence.”

“As a researcher, I am deeply concerned about how this type of process affects the process of proofs and evidence. The proofs are stronger than anything else but what is happening is a focus on errors. This confuses and misleads the public. It may take another ten years, twenty years, or maybe even one hundred years. The truth will eventually come out but it is a huge waste of time and that is the pity. We could be spending this time following the real evidence.”

“Everyone can understand the proof as he chooses. It is even possible to say that history is not relevant. But it cannot be that the truth is misrep[resented, that tangible evidence is not acknowledged. First, present the evidence and then people can form their own opinions.”

Dr. Gabriel Barkay, head of the sifting project and a highly respected veteran archaeologist, does not agree with Finkelstein’s theory and timeline.

“There is not enough evidence supporting his theory,” Dr. Barkay said simply. “For that reason, many archaeologists do not accept the timeline of low chronology.

Tricia Miller is a Christian Media Analyst for the Committee for Accuracy in Middle East Reporting and Analysis (CAMERA). Though her role in CAMERA in the theological arena involves false foundations of replacement theology,  Bible denial in the archaeological arena is a subject she is passionate about since the area of focus in her doctoral work was the history and archaeology of Israel and the ancient Near East.

“I did a fair amount of research on the topics mentioned in this inaccurate and biased article in the New Yorker – in particular, the fall of Jericho and the city of David,” Miller told Breaking Israel News, noting that she was very familiar with the work of Israel Finkelstein and the other scholars cited in the New Yorker article.

“I am a Bible-believing Christian, and in the archaeological world, would be labeled a maximalist,” Miller said. “I did a detailed paper in grad school on the excavation of Jericho. Suffice it to say, there is clear archaeological evidence that the walls of Jericho fell as it says they did in the Tanakh. There is also a vast amount of evidence of the rule of David, and the extent of his kingdom, beginning with the Tel Dan inscription, the Moabite Stone (the Mesha Stele), and others.”

The Moabite stone, also known as the Mesha Stele, was set up around 840 BCE by King Mesha of Moab, a kingdom located in modern Jordan that features prominently throughout the Bible. The stone was discovered intact in Jordan in 1868. The stele, whose story parallels, with some differences, an episode in the Bible’s Books of Kings (2 Kings 3:4–8).In addition to verifying the existence of the Biblical kingdom of Moab, It is the most extensive inscription ever recovered that refers to the kingdom of Israel (more specifically, the “House of Omri”), it bears the earliest certain extrabiblical reference to the Israelite god Yahweh, and refers to the “House of David” which would mean it might contain the earliest extra-Biblical witness to David. Some archaeologists, including Finkelstein, contest that translation, believing instead that the phrase is a reference to  ‘Balak’, a Moabite king mentioned at Numbers 22–24.

“I think it goes without saying that I completely disagree with the approach and conclusions of Finkelstein, and have considerable respect for the work of both Mazars,” Miller said. “I believe that the archaeological record supports the biblical account of the fall of Jericho and the history of the kingdoms of David and Solomon.”

Barnea Levi Selavan, a licensed tour guide and archaeologist, is the co-director of the Foundation Stone organization which the New Yorker article claimed “boasted of using history to inform ‘Jewish identity’.” It is unclear why the term “Jewish identity” was in quotation marks, implying perhaps that Jewish identity does not really exist. It also described the director as living in a “West Bank settlement”, a term that is inaccurate, representing a left-wing anti-Israel agenda. Selavan told Breaking Israel News that the article in The New Yorker  was “smear all the way.”

“The Tel Dan Stele was a total game-changer,” Selavan said. “The norm is now that archaeologists say there was a David. Professor Oded Lifshitz and others acknowledge that King Solomon also existed. Some archaeologists dispute the Biblical description of power and glory but their existence is generally accepted.”

“It is important to understand that ‘chieftain’ is a social construct. It means that the society has determining that this person is their leader and that it is hereditary. It can be a small group of people or a society of hundreds of thousands. But it is a royal family with an inherited succession of leadership.”