Jerusalem, Jordan and the Jews

Home » Jerusalem, Jordan and the Jews 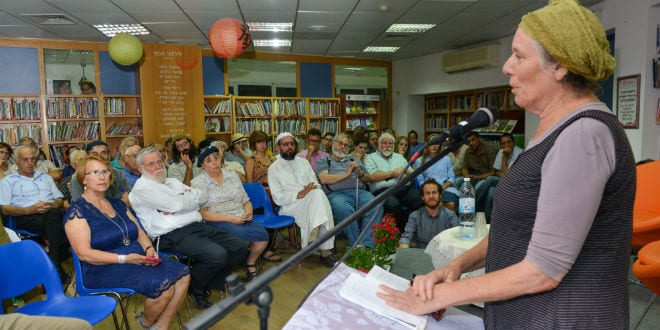 The Palestinian Authority and Hamas famously deny any historic or religious connection of Jews to Jerusalem. To cite one example, Ikrima Sabri, the city’s mufti, announced in 2001 that “there is not the smallest indication of the existence of a Jewish temple on this place in the past. In the whole city, there is not even a single stone indicating Jewish history.” This bizarre fraud, Itamar Marcus has explained, is based on a simple switch: Take authentic Jewish history, “documented by thousands of years of continuous literature,” cross out the word “Jewish” and replace it with “Arab.”

So much for the rejectionist Palestinians. What about the moderate and sober Jordanian government, Israel’s long-time, discreet partner; what says it? Amman does not go so far as to deny any Jewish connection, but it too makes a hash of history.

Consider the just-issued 108-page, English-language-only white paper, “The Hashemite Custodianship of Jerusalem’s Islamic and Christian Holy Sites 1917–2020 CE,” published by The Royal Aal Al-Bayt Institute for Islamic Thought. (Aal al-Bayt means “family of the house,” or the family of Muhammad, the Islamic prophet.) Although nominally an independent non-governmental organization, the institute was founded by King Hussein in 1980 and since then has continuously been headed by a member of the royal family. Secretive about its lavish funding, it appears to depend completely on government largesse.

• “Jerusalem was always an Arab city.”

• “When the Ancient Jews came, they attacked, killed and destroyed everyone and everything they could.”

• “Even after they conquered the city of Jerusalem, however, [the Jews] were never able to expel all the original Arab inhabitants.”

• “The Palestinian Arabs of today are largely the direct descendants of the indigenous Canaanite Arabs who were there over 5,000 years ago.”

There are just a few problems with this account. The Arab (or more accurately, Arabian) identity does not go back 5,000 years; even 3,000 stretches the record. The Canaanites were not Arabians. The ancient Jews did a little bit more than “attack, kill and destroy everyone and everything they could”; does one really have to point out that the Bible they wrote serves as the basis of Judaism, Christianity and Islam, whose adherents make up over half the world’s population?

And while DNA evidence shows that descendants of the Canaanites in Palestine survive throughout the Middle East, the great majority of its Muslims and Christians descend from immigrants. Writing in 1911, before the many twentieth-century immigrations, Irish archeologist Robert Macalister already listed 19 foreign ethnicities in addition to native farmers and Jews in Palestine: Algerian, Arabian, Armenian, Assyrian, Bosnian, Circassian, Crusader, German, Greek, Italian, Kurd, Motawila, Nawar, Persian, Roman, Samaritan, Sudanese, Turkic and Turkoman.

How disappointing that the Hashemite Kingdom of Jordan, which wishes to be seen as responsible and moderate, publishes such twaddle in a purported scholarly study. It is the more dismaying when one recalls that King Abdullah II, Jordan’s ruler since 1999, has taken a brave and forthright stand against Islamists, denouncing them as “religious totalitarians … who seek power by intimidation, violence and thuggery.” He has also called for “a dynamic, moderate Islam—an Islam that upholds the sanctity of human life, reaches out to the oppressed, respects men and women alike, and insists on the fellowship of all humankind.” An Islamist-style white paper applauded by a Palestinian anti-Zionist substantially undercuts these bold words.

The white paper promotes a familiar Islamic imperialism. Other recent examples include Turkish President Recep Tayyip Erdoğan’s government insisting that the Hagia Sophia Cathedral was originally a mosque; Muslims pressing to use the Cordoba Cathedral as a mosque; and the so-called Ground-Zero Mosque near the obliterated World Trade Center in New York City.

Ironically, the English-language “Hashemite Custodianship” meant for international consumption distorts history more than Arabic materials intended for locals. For example, Jordan’s Royal Committee for Jerusalem Affairs only asserts Arabs founded Jerusalem 5,000 years ago, without the nasty corollary that Jews “attacked, killed and destroyed everyone and everything they could.”

The Jordanian government can and should do better. If falsifying ancient history seems like a small matter, it is not; such errors form opinions, shape governments, and potentially lead to renewed hostilities.

Where are the historians and theologians to denounce these falsehoods? Where are the friends of Jordan to urge a responsible course? Where are the Israelis, inhibited by an ever-present mistress syndrome, to protest this calumny?