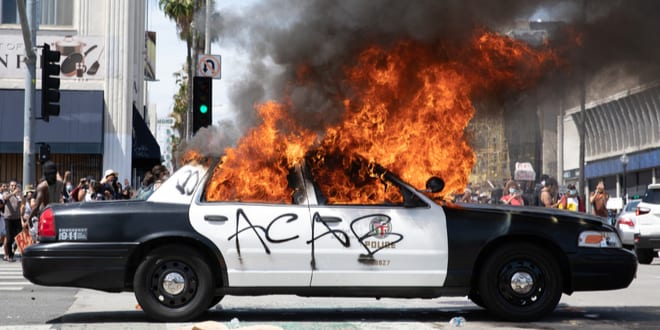 The Land of Israel Network Fellowship

Many Christians acknowledge that extensive preparations have been made in their churches and communities to shelter Jews in the event of an uptick in anti-Semitism, but very few are willing to speak openly about them.

Mindful of the fact that Christians who hid Jewish families during the Holocaust endangered their own lives and the lives of their family members, out of concern for the safety of those Christians involved, details are hard to pin down.

Breaking Israel News was able to speak to two people, Jeanette Kent (not her real name), a Christian from a state south of the Mason Dixon line and Rabbi Ari Abramowitz of The Land of Israel Network, about this hidden phenomenon.

Kent told Breaking Israel News, “We have been attending group preparations meetings for years, as well as meetings in Israel.

“[Among] the Nations, God has sovereignly called people all over the world to assist in hiding and moving Jews out. That includes varied and multifaceted areas [including] transportation (boats, cars, wagons, trains, etc), housing, food, medical assistance and security.

“There is a network,” she explained, which includes what she called “hubs” covering certain geographic regions. “Wherever God has placed you, you know your hub,” Kent asserted.

“Prophetically we have learned some of God’s plans and what is coming. There is much strategic prayer. We expect Nazi-type resistance from the government down, so most [people involved] maintain low profiles about specifics.

Breaking Israel News was able to secure first-hand confirmation of the existence of these preparations from Rabbi Ari Abramowitz. Prior to the coronavirus era, Abramowitz routinely traveled to the US to meet with Jewish and Christian groups and speak with them about the Land of Israel.

“Four years ago,” he related, “I was on a speaking tour throughout the US and I was invited to speak to a community of Christians with a self-proclaimed love for Israel. The day before the event, I was invited to a closed-door meeting of the community leadership. They confided in me that they have established a secret shelter for Jews, to protect them in a future wave of anti-Semitism in America.

“They proceeded to show me a warehouse with well over 100 cots, mattresses and boxes of sealed food which they claimed were kosher. Soon thereafter, I met another community, disconnected and unaware of the first, that was preparing for the same scenario in nearly the same way.

“As you can imagine, I was shocked to encounter these groups, yet moved and comforted [to learn] that they exist and that there would be some refuge, should such a disastrous scenario occur.”

Speaking more generally, Abramowitz further explained, “As someone who considers myself a student of history, I think it is critical that Jews around the world remain vigilant and aware that anti-Semitism can rear its ugly head anywhere in the world, albeit wearing different masks and taking different forms.

“In that spirit, there are times that I, and many others, feel responsible to sound the alarm when Jew hatred is getting particularly virulent,” he concluded.

Kent elaborated on the same theme. “I believe what we are seeing in the US today is only a small example of the anarchy, chaos and evil hatred we are going to see. We also expect a sudden tsunami (not a physical tsunami) to catapult aliyah (immigration of Jews to Israel), so we are ready in advance,” Kent said.

Yael Katsman, VP of PR & Communications for Nefesh b’Nefesh, the Jewish organization that coordinates aliyah from North America confirmed that her organization is “indeed seeing a tremendous rise in aliyah interest through inquiries to our call center as well as actual aliyah applications.”

One American pastor who wished to remain anonymous quoted Isaiah 49:22, saying that as God calls His people back, He will beckon to the gentiles to assist.

Thus said Hashem: I will raise My hand to nations And lift up My ensign to peoples; And they shall bring your sons in their bosoms, And carry your daughters on their backs. Isaiah 49:22


“It’s a mandate for Christians to fulfill that Scripture. There is a large contingency of Christians who take that verse at face value and work to help our brothers and sisters make the journey,” he explained.