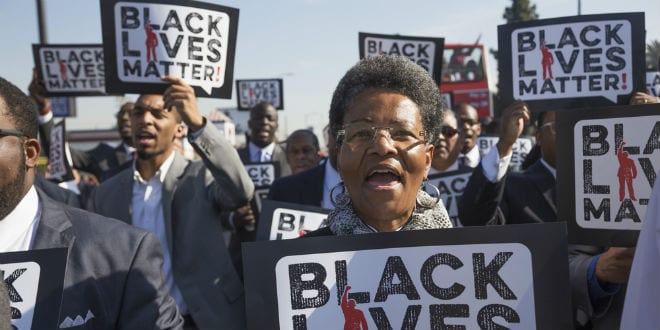 An extraordinary moment has arisen in America that taps into a deep history of racism that predates the birth of our country.

But instead of allowing blacks their moment, I’m seeing an outpouring of hysterics from some in the Jewish community about “anti-Semitism rearing its ugly head again!”

A small fraction of the countless businesses that have been damaged and looted across the nation have a Jewish connection. I get it. Even one is too many. After 2,000 years of persecution, we’re always on edge. Any sign that “they’re coming after us” is cause for alarm.

But let me ask you: When was the last time you saw a video of a cop killing a Jew because he was Jewish?

Nothing about the plight of Jews in America can compare to the racism against blacks. While we have our own global history of horrible suffering and persecution, the difference between the suffering Jews and blacks have experienced in this country is not merely in degree, but in kind.

When you see a white cop dig his knee into a black man’s neck for close to nine minutes, while the man pleads for his life, you get a reminder that the racist poison that started in 1619 is still lingering in our midst. Yes, we’ve come so far in the past 50 years, but we have so far to go.

That’s why fighting racism is the cause of the moment. It’s tapping into a well of pain that is 400 years old. It has triggered an emotional hurricane where millions are saying, “Enough is enough.” Is this really the best time for Jews to say, “Hey, what about us?”

Don’t get me wrong. I’m disgusted by Israel haters who exploit the protests to bash Israel. But are we surprised? This is what they always do.

I know that Black Lives Matter officially supports the BDS movement against Israel, which is a vile and discriminatory movement. But here’s the new reality: In the protests against racism, “black lives matter” is as much a slogan and rallying cry as an organization.

And yes, I’m disgusted by anti-Jewish graffiti on a synagogue wall or anywhere else. This is the mark of Jew-hatred. It is eternal and irrational. It will always be with us.

There are myriad, effective ways we can combat the evil of anti-Semitism without taking away from the cause of the moment. The cause of fighting racism is dominating the national consciousness right now and many Jews have joined the fight.

Both of those fights are good for the Jews.