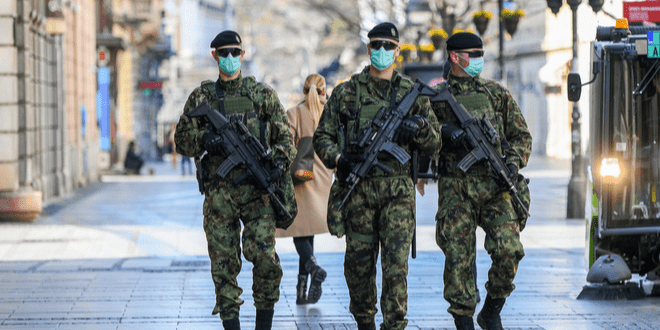 The reopening of the Israeli economy after nearly two months of COVID-19 closures was bound to lead to laxity on the part of the public. And it did, in spite of endless Health Ministry warnings that a release from lockdown bondage would require extra vigilance where social-distancing, mask-wearing and hand-washing were concerned.

Israelis’ initial anxiety about the contagiousness of the deadly virus—fed by predictions of mass casualties and other doomsday scenarios—made it relatively easy for the powers that be in Jerusalem to force the populace into weeks of virtual and actual quarantine.

In addition, the draconian measures appeared to pay off. The death toll and need for ventilators remained relatively low. The curve flattened. Life gradually began to resume a semblance of normalcy. Even some of the most stir-crazy among us felt, in retrospect, that perhaps the insanity had been worth the trouble.

Such people embraced their newfound freedom to stray as far from their residences as they pleased, meet with friends and visit family.

The millions of Israelis who lost their jobs, on the other hand, never really came to terms with having their places of employment shut down or businesses destroyed—all for a virus that killed fewer people than other diseases during the same period last year.

Naturally, much of this newly impoverished sector has resented coronavirus regulations from the beginning. For them, the easing of restrictions didn’t provide optimism about the future, but rather a sense of being left alone to hunt for jobs they do not want, while others enjoy the hot summer sun and cold beer along the beach.

It is no wonder, then, that as soon as schools were back in session, with shops and restaurants up and running, huge swaths of the population began to shed their masks along with their fear of infection.

This breezy attitude didn’t change when students and teachers started coming down with COVID-19 in large numbers, other than among those parents whose kids were back at home, bored out of their wits. Nor did cynics suddenly become convinced that a return to stringency was the solution.

Israel’s so-called “corona cabinet,” a special ministerial taskforce established to deal with the pandemic, is in a rage and panic for different reasons. A dangerous spike in morbidity is one. The prospect of reinstating lockdowns is another. The latter undoubtedly has more ministers wringing their hands than washing them.

What they all understand is that the economy cannot take another blow like the one it just suffered. Nor are most Israelis likely to accept another proverbial jail term, regardless of COVID-19 rates.

As a result, the government is wasting its breath, not to mention shrinking funds, on a public-service commercial threatening that if we fail to follow the rules, we will be placed under lockdown. Again.

The ad, broadcast repeatedly between programs on every Israeli TV channel and radio station, uses a cutesy play on words to convey the ominous message. If anyone has paid it the slightest bit of attention, which is doubtful, it hasn’t helped one iota.

Israeli Prime Minister Benjamin Netanyahu’s announcement on Monday that the government is “hitting the emergency brake” on the relaxation of COVID-19 restrictions, however, is causing many people to cringe, particularly commuters. Backtracking on the promise that trains were about to resume activity will do that, as will the news that theaters and other entertainment venues are staying closed until further notice.

More disconcerting are reports of his telling associates that if the uptick in infection continues, the government will have to weigh shutting down everything that just opened. He also said that if this move becomes necessary, it would be implemented in the “least harmful way” to the economy.

Health officials constantly state that the virus “is not behind us.” It’s time for the government to realize that human nature and Israeli behavior are also still around. The obedient among us will take orders from the authorities. The rest of society will conduct itself according to the circumstances. No amount of brow-beating will alter that reality.