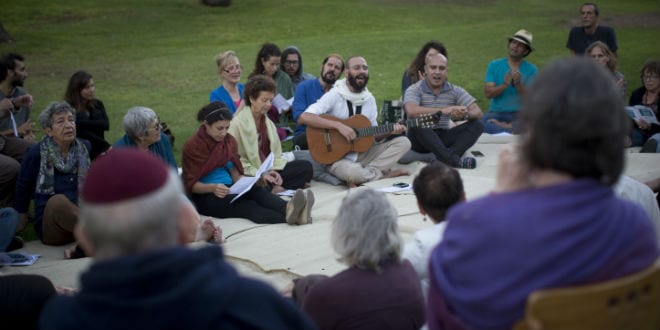 With talk of Israel’s annexation of Jewish communities in historic Judea and Samaria (the West Bank), and unilateral actions and threats by Palestinian and other Arabs even in advance of such a decision much less any actions being taken, the status and fate of Christian Arabs in the Land has been overshadowed.

Throughout the Arab and Islamic world, the status of Christians has become perilous. Threats of kidnapping, torture, rape, and murder are not uncommon. This is true in the Palestinian Authority where Christians live in fear, and from where many have fled in droves. The irony is that while Palestinian Arabs claim Israel is responsible for a decades old refugee crisis, today’s refugee crisis targets Christian Arabs being threatened by fellow Moslem Arabs.

Despite Israel being a democracy with freedom of worship for all, there are challenges specifically among Christian Arabs. Unfortunately, this is partly a consequence of the overall national conflict that Israel has with the wider Arab world.  Many Israelis look askance at, and even fear Arabs, due to decades of war and terror.  Israeli Jews don’t typically look at Arabs without distinction as Christians or Moslems. Stereotypes exist and are propagated by the situation.

That’s bad and hopefully will change. Israel has the obligation to do its best to integrate Arabs.  Its not that efforts are not made, but that not enough efforts are made, Consequently, both the Jewish and Arab sectors have become more polarized.  One example of this is the presence of a block of Arab parties elected to Israel’s Knesset (parliament) that range from Islamist and anti-Zionist, some outright supporting violence against Israel.

Efforts to paint Israel as an apartheid state take advantage of the fact that there is polarization and lack of integration among Israeli Arabs. This is a situation that is at least as much the responsibility of Israeli Arabs’ resistance to do so.  Despite the fact that many Arabs are very well integrated within the highest levels of Israeli society, including the Knesset, all levels of the judiciary, and more, one of the places in which its felt perhaps the most is the dearth of Israeli Arabs participating in either the army or civilian national service (like a domestic peace corps).

There’s no excuse that threats and intimidation happen making Christians feel unsafe anywhere. All the more so in Israel where Jesus lived and ministered. The landscapes of once Christian cities like Bethlehem and Nazareth are dotted with the green lights of minarets above scores of mosques.  The population reflects that as well.  Cities central to Christianity and once had a Christian majority now have a tiny and shrinking minority of Christians. In Bethlehem, the Palestinian Authority rules and life for Christians is very much like living among mafia. Christians need to toe the line of what’s acceptable politically and religiously lest the PA ‘not be able to guarantee their safety.’

Nazareth is somewhat better. It’s true that in the entire Middle East, only in Israel can Christians practice their faith openly and be productive members of society. But there are problems in Israel that need to be fixed. Overt threats and intimidation that make Christian Arabs feel unsafe and even flee must be stopped.

The Genesis 123 Foundation, a coalition of Jews and Christians who share the vision for building bridges among Jews and Christians is taking decisive action. Specifically now, when there are those who deliberately seek to stoke tensions and widen a rift, the need to support Christian Arabs is paramount.

While some fan the flames of divisiveness, there are positive trends among Christian Arabs integrating into Israeli society. There’s a growing trend of Christian Arabs joining the Israeli army, both because they want to express their nationalism as proud Israelis, and because the army is a common denominator that brings people together from throughout Israeli society.

Israel’s Moslem Arab population is less tolerant.  Christian Arabs joining the army are seen as traitors and suffer threats and intimidation.  Social service organizations that help Christian Arab soldiers are harassed, even over things as mundane as using a Star of David or Israeli flag in their promotions. When Christian Arab soldiers come home for the weekend, unlike Jewish soldiers, they are required to leave their guns on base and remove their uniform before they get home, for their own safety.

The consequences of Christian Arabs integrating within Israeli society are severe.  They trickle down into every level of life.  Christians who integrate publicly may be blacklisted and find businesses attacked. They may be blackballed from other aspects of the broader Arab community, even by relatives. They are unfriended in more than social media terms. Their children are barred from kindergartens as the parents are viewed as “collaborators” with “traitors,” even “helping the enemy of the Palestinian people.”  No nuance there.

Because Israel is an open society its relatively easy to find out about these and other problems including Christians either being forced to flee, or fleeing for their own safety. This creates a demographic shift that sees the Christian population shrinking. However, within the Palestinian Authority, things are much worse.  There are instances of churches being firebombed and shot at, of Christians being persecuted and killed, and expectations that in order to be recognized and allowed to practice, they must uphold certain political positions.

Those who promote fighting against Israel, either Israeli Arabs or Palestinian Arabs, advocate for Christian Arabs to be more marginalized.  At a time when Christian Arabs are threatened and their voices are being silenced, you can join the Genesis 123 Foundation to make a difference (Genesis123.co) and support those who understand that Israel is central to their success as Arabs, and theologically significant as Christians.