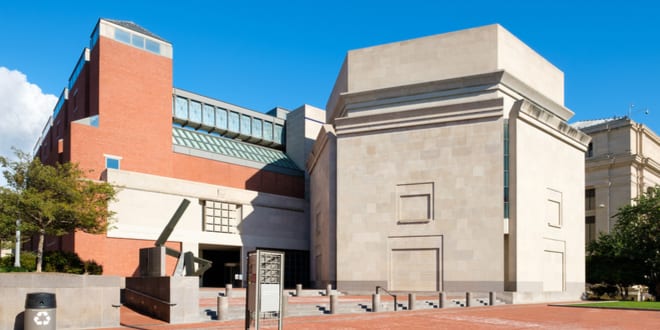 Yet another scholar at the U.S. Holocaust Museum has denounced Israel as racist, colonialist, and murderous. Is this an appropriate use of our tax dollars?

The latest attack on the Jewish state comes from the pen of an Israeli historian, Amos Goldberg, who last year served as a Senior Scholar-in-Residence at the United States Holocaust Memorial Museum, in Washington, DC.

Goldberg’s denunciation of Israel, which appeared in early June on “+972 Magazine” website (and was co-authored by Alon Confino), was titled “To Understand Zionism, We Must Listen to the Voices of its Victims.” The article was published just after several synagogues were graffitied with anti-Israel hate messages during the George Floyd riots.

According to Goldberg, Zionism is “a settler colonial movement.” The State of Israel is “based on segregation and discrimination.” Israel is “a wrongdoer, and an occupier” which carries out “crimes against the Palestinians” including “the plunder of land” and “the killing of innocents.” He also claims that the hundreds of thousands of Arabs who fled from Israel during the 1948 war “were in fact expelled.”

In another paragraph that reveals Goldberg not only as an extremist, but also as an incompetent historian. He writes that “Arab resistance to the Zionist movement”—that’s what he calls Arab terrorist massacres of Jewish women and children—“and later Israel, did not derive from antisemitism but rather from their opposition to the colonization of Palestine.”

Another incredible aspect of Goldberg’s article—especially for someone who claims to be a Holocaust scholar—is his complaint that some Germans are too sympathetic to Jews and Israel. Until now, Germany “has been a model of coming to terms with its past,” he writes, referring to restitution and education. But that has “reached a dead-end,” because some criticism of Israel in Germany today is “deemed antisemitic” by some people. “This kind of philosemitism is disturbing,” Goldberg declares. In other words, he actually wants Germans to become more hostile to Israel.

For example, in a 2018 article in the Arab journal “Madar,” Goldberg charged that Yad Vashem’s emphasis on the persecution of Jews is “very narcissistic and problematic” and “perhaps even chauvinistic.” He claimed that Yad Vashem’s approach could lead to a “fascist enterprise” (in Israel) and “extreme violence” (by Israelis).

Last year, Goldberg signed a petition accusing Israel of “the systematic oppression of the Palestinian people.” He also signed a letter urging the German parliament to reject anti-BDS legislation. Earlier this year, he signed a pledge to boycott German academic agencies or committees that exclude BDS supporters.

So when the leaders of the U.S. Holocaust Museum chose Goldberg as its Senior Scholar in Residence, they must have known—or certainly should have known—that they were bringing on board someone who has expressed strong hostility to Zionism and Israel.

A cynic might say that Prof. Goldberg felt right at home at the Museum. Just last year, the Museum’s journal, Holocaust and Genocide Studies, published an essay by radical scholar Amy Weiss, in which she accused the Jewish National Fund of secretly plotting to “alter a Palestinian landscape to resemble a European one more familiar to Jewish pioneers and Holocaust survivors.” According to Weiss, the racist JNF sought to “erase” Arab villages as part of a sinister “politicized land reclamation project to secure land” for the Zionists. She also mocked the JNF’s work as “the myth of ‘making the desert bloom’.”

Another extremist historian at the Holocaust Museum, Rebecca Erbelding, has repeatedly compared economic immigrants trying to cross America’s southern border to Jewish victims of the Holocaust. “The parallels to the 1930s-1940s refugee crisis are so obvious,” she asserted in one tweet. The echoes keep coming,” she wrote in another.

When Alexandria Ocasio-Cortez last year compared U.S. border detention facilities to Nazi-era “concentration camps,” Erbelding sent out multiple tweets and re-tweets displaying sympathy with her. In one tweet, Erbelding gave “a Geppetto checkmark” to Cortez’s defense of her declaration. That’s the designation which the Washington Post fact-checker uses when a statement is found to be “the truth, the whole truth, and nothing but the truth.” One of Erbelding’s re-tweets began with the words, in bold, “They’re concentration camps.”

Other troubling items on Erbelding’s resume include her offer of free copies of her book to anybody who donates $50 to the American Friends Service Committee, despite the fact that the Committee openly compares Israel to Nazi Germany; and a tweet last year in which Erbelding claimed there is such a thing as a “Jewish nose.”

Maybe it’s just a coincidence that extreme critics of Israel and Zionism keep popping up on the U.S. Holocaust Museum’s staff and in its publications. Or it may indicate something about the mindset in certain segments of that government-funded institution. Either way, the fact that there is a clear trend to hire detractors of Israel in these museum positions represents a very disturbing use of the American public’s tax dollars.