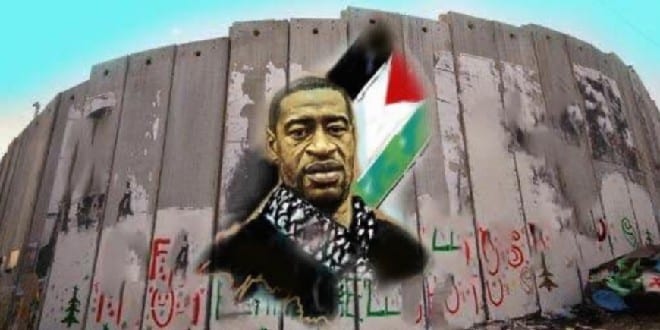 The appalling rioting that followed the shocking death of George Floyd under the knee of a police officer has left a trail of devastation across America. Once again, however, Jews have found themselves singled out for particular attack.

In Los Angeles, Jewish-owned stores and synagogues in Beverly Hills and the heavily Orthodox Fairfax district were looted and defaced with anti-Jewish graffiti.

How could this Jew-hatred have occurred in what was repeatedly described as “protests” against racism? And why were so few Jewish voices raised against either this or the general destruction and violence?

In a statement by the Jewish Council for Public Affairs, 130 organizations said they were “outraged” by the killing of Floyd, declared “solidarity” with the black community and called for an end to “systemic racism.”

Yet they expressed no outrage about the rioting during which police officers had been shot, businesses and buildings torched and looted, and innocent people beaten up. They made no protest against the specifically targeted attacks on synagogues and Jewish businesses.

In the Jewish Journal, Yonathan Reches was “pained” by the picture of “a predominantly white and highly militarized police force,” which used “heavy handed tactics to protect a synagogue from a predominantly black crowd.”

The riots, he asserted, were a “natural response” to “five centuries of unfathomable subjugation,” which gave “communities of color” an “undisputed moral authority to call attention to their own oppression.”

In L.A., Canter’s Deli was one of the few Jewish businesses untouched by the riots after it posted a sign expressing solidarity with Black Lives Matter (BLM). Yet BLM is an anti-white, anti-capitalist and anti-Jewish hate group.

Four years ago, its members accused Israel of “genocide” against the Palestinians. Last weekend, BLM activists held a rally in Los Angeles at which they led chants of “disrupt white capitalism” and issued a string of expletives against Fairfax, Beverly Hills and other L.A. districts which were attacked and vandalized that night.

Astonishingly, Marc Canter, the owner of the deli, actually excused the violence. “Tensions have been very high since COVID-19 and a lot of people are out of work, so it’s hard to do peaceful demonstrations with so much going on at the same time,” he said.

Floyd’s death was horrific. But the rioting that followed was because Antifa, Black Lives Matter and others—some of whose organizers were white—seized upon the incident as an excuse for insurrection, violence and criminality.

This has all been excused or justified by those who claim it was an explosion of rage and despair against the racism of the police and white society.

Few would deny there are instances of police racism or brutality. But as the researcher Heather MacDonald pointed out in The Wall Street Journal this week, the evidence shows it is untrue to claim that the police unfairly target black people.

Roughly a quarter of fatal police shootings are of African-Americans. This isn’t surprising, even though they constitute 13 percent of the population, given the disproportionate number of armed black suspects encountered by the police. In 2018, they made up 53 percent of known homicide offenders in the United States and committed about 60 percent of robberies.

Nevertheless, the image of a black man dying while pinned to the ground by a white police officer graphically embodies the belief that black people are victims of white racism. And victim culture, the dominant orthodoxy of the age in which assorted groups claim to be victims of the rest of the world, turns morality upside down.

That’s because victims are given a moral free pass for whatever they do. So, the rioters’ callous indifference towards their own victims has been denied, while those condemning the riots are denounced.

Grossly slandering all white people as innately racist, Antifa or BLM activists can never acknowledge their own racism against white people. That’s because victim culture derives from the Marxist dogma that everything is defined by power relationships. So, racism isn’t prejudice but only prejudice with power.

This moral impunity is why so many groups want to be considered victims. The one group that victim culture refuses to accept as victims, however, is the Jews.

That’s because identity politics ideologues share the anti-Semitic belief that the Jews are all-powerful because they control the banks, the media, the professions and so on.

So the Jews, the most persecuted people the history of the world, are excluded from the definition of a victim.

Worse still, there’s a yet deeper connection between victim culture and anti-Semitism.

Victim culture draws upon the resentful belief that the Holocaust and the claim of anti-Semitism give Jews moral impunity that allows them to get away with bad deeds, such as controlling the world in their own interests regardless of others’ needs.

In other words, this assumed Jewish moral impunity is actually no more than the paranoid fantasy of anti-Semites. Victim culture, by contrast, bestows impunity for things like rioting, looting and beating up innocent people.

Which is why any attempt to point out that anti-Semitism is worse than any other racism, because it uniquely demonizes Jews as a diabolical conspiracy against the world, sends progressives into a tizzy. In order to conceal the false claims of victim culture, they must deny the true and unequivocal victimization of the Jews.

These have displayed an inability to distinguish right from wrong, truth from lies, victim from oppressor. This moral bankruptcy has spread through American and Western society like a cultural coronavirus.

In response to the crowd’s demand that the police “take a knee,” the gesture of sinking to one knee pioneered by black American footballers in protest against police brutality, a number of British officers proceeded to do just that. A sadder demonstration of the extent to which a demoralized British society has come off the moral and cultural rails could hardly be imagined.

Jews have a duty to stand up for right against wrong. Victim culture is based on an Orwellian moral reversal. It stands for intimidation, lies and violence masquerading as compassion and conscience. It also has the Jews firmly in its sights.

Western civilization is now hovering perilously in the balance. Too many Jews are supporting the twisted, amoral thinking of those who are on the way to destroying it. Their stance is as lemming-like as it is a betrayal of Judaism and the values that lie at the West’s ethical core.