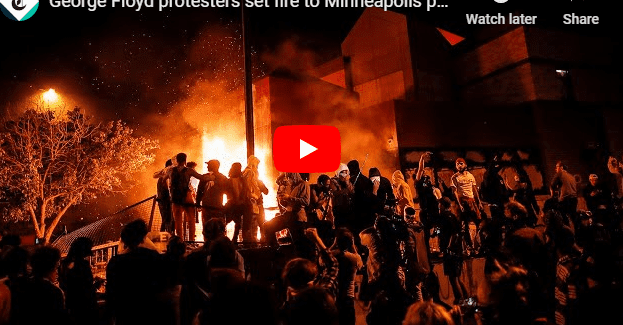 “Scoffers inflame a city, But the wise allay anger.” (Proverbs 29:8)

Dr. Sam Mehdi Torabi, the Director of the Risalat Strategic Studies Institute, praised the recent riots in the US in a May 30, 2020 interview on Iranian Channel 2, saying that they were a good prelude to a revolution similar to the revolution in 1979 that replaced the Persian Empire with the current extremist and oppressive regime.

The interview was translated by the Middle East Media Research Institute (MEMRI).

“The reality is that there is an oligarchy in America. There is no democracy. The existing legal process and the American Constitution are not supposed to reform America.”

Dr. Torabi saw the current violence in the US as the only hope of transforming the country.

“Don’t pin your hopes on reforms through the existing legal methods in America. So long as the power and the wealth are held by one percent of society, America will remain the same. If we want America to change, we must deal with those people – not in legal ways but through a revolution.”

“I’ve said before that I don’t pin much hope on the Americans carrying out a revolution, but the only solution that will bring an end to this Satan (the US), in the words of Imam Khomeini, is for those oligarchs to be annihilated.”

Dr. Torabi volunteered the services of Iran to help the American citizens wage a revolution.

“If the Americans have the courage to do it – by all means. We will help them, too. If they do not have the necessary courage, someone from the outside must finish those [oligarchs] off.”

Ironically, Dr. Torabi rejects the “liberalism” that is behind the protests and riots. He has also justified the use of nuclear weapons by claiming that the 9-11 attacks were part of an American plan to invade Iraq and Afghanistan.