Defund the Police? Only if You’re Willing to Sacrifice Jewish Security

Home » Defund the Police? Only if You’re Willing to Sacrifice Jewish Security 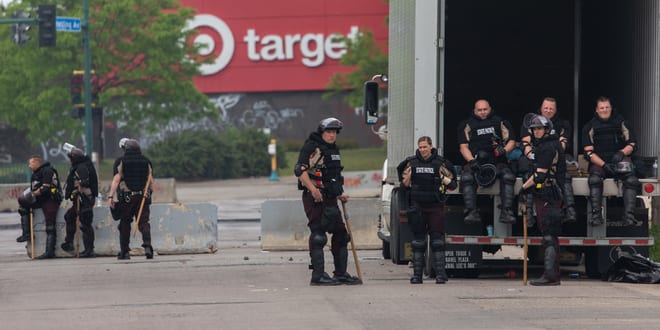 If your synagogue were under attack from a shooter, would you want a social worker to arrive in response to your 911 or a squad of armed policemen? You may think that when you’re in danger, a cop with a gun is your best chance of survival. But the murder of an African-American man by a Minneapolis policeman and America’s history of racism have led some to demand revolutionary change, rather than merely justice for the perpetrators and better police training. And to them, you’re part of the problem.

In the course of the last week, support for a movement to “defund the police” has spread across the nation. Protesters, liberal groups and many in the media have embraced the notion that the answer to police violence is to get rid of the police.

The actual facts about police shootings don’t back up the notion that there is an epidemic of police murders of unarmed African-Americans caused by systemic racism. But the perception that this is true has become so deeply embedded in the national consciousness that an idea about disarming and even abolishing the police, which would have been dismissed as a crackpot notion not long ago, is now being seriously debated in the mainstream media, and even advocated by some community leaders and politicians.

Indeed, as part of his response to the furor over the murder of George Floyd, Los Angeles Mayor Eric Garcetti announced that he was going to seek to cut the budget for the LA Police Department by $100 million to $150 million.

While some will cheer if this money is diverted to programs to benefit the African-American community, it may not sound like such a good idea to some of the city’s citizens who want more security, rather than less, after this week’s protests led to rioting and looting. Among them are the LA Jews who were cleaning up the anti-Semitic and anti-Israel graffiti on one synagogue, as well as the owners of Jewish businesses that were attacked and looted.

In the wake of increased incidents of anti-Semitic violence in the last two years, including two murderous shooting attacks inside synagogues, American Jews have been rightly focused on providing greater security for their institutions. This has meant communities and Jewish organizations have been relying on greater cooperation with law-enforcement agencies and seeking a greater police presence at potential Jewish targets.

A report produced by the Secure Community Network, an initiative of the Jewish Federations of North America and the Conference of Presidents of Major Jewish Organizations created in response to this rising threat, recommended that synagogues hire police officers to guard them rather than security guards.

But the push for more police protection for vulnerable Jewish targets has placed even liberal groups like the Anti-Defamation League on the wrong side of an argument in which some Jews are joining with other leftists to denounce the whole idea of the police. Indeed, a group calling itself Jews for Racial and Economic Justice is promoting a campaign to demand that the New York City Council shift funding from the police to social services. As an op-ed in The New York Times recently argued, what we need are more social workers and less police.

According to an article in The Forward, the impetus for this movement is the belief that Jews of color see police as a threat to their security, rather than as protection. But support for this notion seems more about intersectional ideology in which Jews are labeled as white, and therefore, by definition, members of the oppressor class. Part of this is the effort by BDS groups like Jewish Voice for Peace to promote the anti-Semitic blood libel that Israel is training American cops to kill blacks.

The radicals who seek to exploit a unique moment in history think that divisions about race, President Donald Trump and the use of force to put down the rioting have all created an opportunity to get something more than just police reform.

Sensible people know that we don’t have to choose between justice and preserving the rule of law. And if anyone ought to know that, it is a Jewish community and other minority groups that depend on both in order to feel safe.

While the ideologues are successfully promoting the slogans about abolishing and defunding the police, polls show that both black and white Americans, including those who think the cops are prejudiced, want more police protection, not less.

Indeed, the problem in many poor urban areas with minority populations is that high crime rates and violence there are in part caused by neglect of these neighborhoods by law enforcement, rather than systemic racism and police violence.

The police are not perfect. Some can be bullies or corrupt. And as we saw in Minneapolis, some are capable of murder. But the overwhelming majority of officers are brave individuals who do a difficult and dangerous job with a far greater chance of suffering injury or death in the line of duty than their critics want to admit. And if you’re in trouble, then they’re likely to be your best bet for survival—no matter your race or religion.

The impulse to demonize law enforcement or to treat all efforts to maintain public order—and to defend the safety and the property of citizens at risk from rioters—as illegitimate or evidence of fascist oppression is madness.

Fashionable liberal opinion has been hijacked by extremists who teach contempt for American ideals, and who see the country and our police as irredeemably racist. But it’s also particularly foolish for a community that has endured a surge of anti-Semitic attacks in the last year to join with those who wish to abolish or defund to the point of irrelevance the only group that can deter or adequately respond to such incidents. Any Jewish group that wants to defund the police isn’t just wrong. Those who succumb to this delusion will have on their hands the blood of future victims of violence that only the cops could stop.