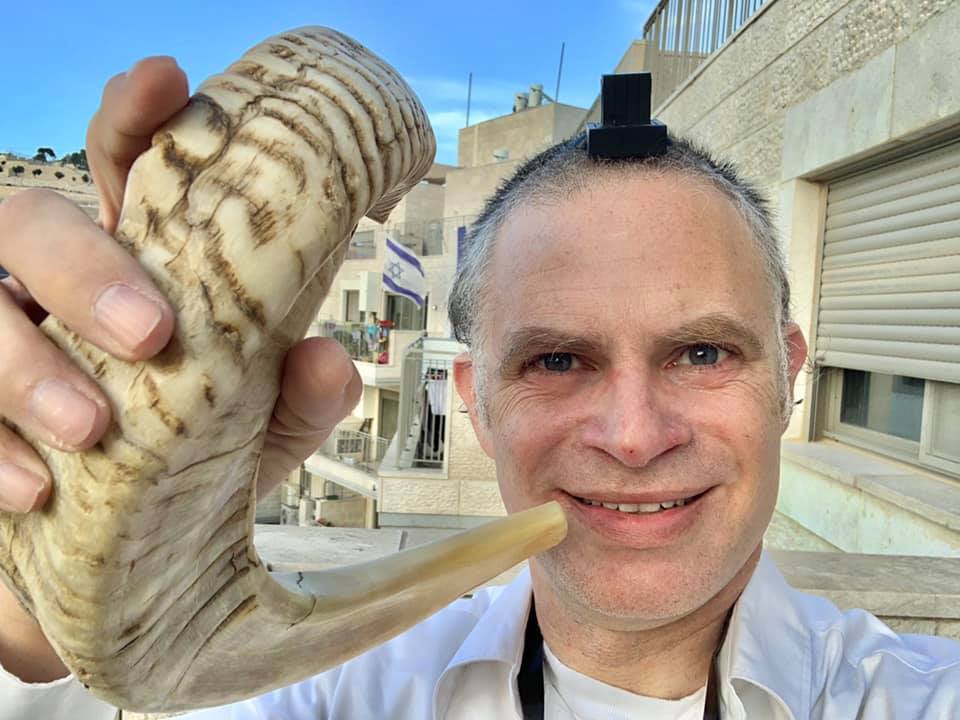 During a lecture on Monday, influential orthodox Rabbi Yosef Mizrahi offered several solutions for the American Jewish community to protect themselves against the violent riots sweeping the United States. The Israeli born rabbi, who boasts over 25,000 subscribers on Youtube alone, offered up several spiritual solutions such as tzedakah (charity) as well as some more pragmatic solutions including wearing a baseball hat instead of a yarmulke in “bad neighborhoods” to avoid antisemitic attacks.

But then, the New York based rabbi said something that was rather out of character. Rabbi Mizrachi advised his followers to purchase real estate in Israel, especially those who can afford to. The rabbi estimates that the current George Floyd riots can lead to a “serious civil war” adding that “We don’t know if we have to move to Israel or not but at least (if people buy property) we have a place there.”

Many diaspora Jews. particularly in the US, seem to realize that their country is going through a historic change and that the America of their grandparents is no longer. But as diaspora community leaders like Rabbi Mizrahi suggest buying a home in Israel as a potential insurance policy, Josh Wander, founder of the ‘Bring them Home’ organization says it’s not enough.

“My goal is not to sell property. My goal is to get people on planes” Wander said.

“I’m all for people buying property but more importantly, I think people should get on the next El Al flight and come to Israel.”

That’s why Wander established the ‘Bring them Home’ organization. The new initiative is designed to educate and inform orthodox communities in the diaspora about the importance of bringing the Jewish people ‘home’ to Israel. And it’s all based on teachings from the Torah.

In contrast to Rabbi Mizrahi, Wander sees treating the move to Israel as a mere insurance policy is somewhat of a tragedy. However he admits that it is common within modern diaspora Jewish thought – even in orthodox communities. He believes that coming to Israel out of fear isn’t a sustainable solution. “If people just come here to escape, they’ll leave as soon as a better opportunity comes up in Australia or New Zealand. The home of the Jewish people is in Israel. It should be a first resort and not a last resort” he adds.

Nefesh B’Nefesh, an organization that facilitates Aliya (the process of relocating Diaspora Jews to Israel) reports an all-time high in the number of new aliyah requests, with over 800 households applying online to move to Israel in the next few months.

Letters from the shaken

“People are feeling it. Whether is be corona or the riots and antisemitism. It’s the first time Jews in the west are shaking in their core” Wander said. Since launching a campaign targeting North American Jews, Wander has received hundreds of letters from all over the US and Canada. Many asking how to make Aliya while others contact him to argue over the Torah’s perspective on Jews remaining in the exile.

Wander explains that even in religious circles, the idea of making Aliya is considered to be a taboo subject in the diaspora.

He recalls a synagogue in L.A where the rabbi asked him to speak about any subject…except Aliya. Needless to say, Wander spoke about Aliya exclusively. Following the speech, he was asked to never return.

And although orthodox Jews in the diaspora are well versed in the Bible, Wander explains that many don’t necessarily connect the dots when it comes to actually moving to Israel even though it is not only prophecy, but a commandment from God. According to Wander, one reason many rabbis avoid speaking about Aliya is due to a conflict of financial interests. After all, if his entire congregation relocates, it will leave that rabbi without a job.”Other rabbis fear that they’ll look like hypocrites if they preach Aliya while they themselves remain in the exile” Wander says.

And although many organizations like Nefesh b’ Nefesh help with the logistical hurdles involved with the Aliya process once people decide they want to move, ‘Bring them Home’ serves as an advocacy group educating diaspora communities about the Biblical and spiritual importance of relocating to Israel before they arrive at any decision.

The safest in the world?

Additionally, Wander believes that Israel is the safest place for the Jewish people. He backs up this claim with a Midrash (Bilbical commentary) which states that in the end of days, Israel is going to look like a hurricane to the rest of the world. And people outside of Israel will say how dangerous Israel is because it looks like a hurricane. But those who are in Israel, will be in the eye of the storm where it’s safe.”