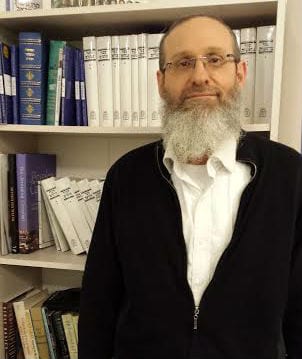 All of the US is in shock as rioting continues into the eighth straight day all around the country. At least 14 people have been killed, black and white, police and civilian. Under such dire conditions, Breaking Israel News turned to two respected rabbis to explain the prophetic sources and implications of the events.

Rabbi Aryeh Weingarten, the founder of Karmei Chesed, saw the events in America as being related to similar events in Israel.

“The riots in America are so much like the Intifada we suffered through in Israel,” Rabbi Weingarten noted. “It is as if God is given a warning, measure for measure, trying to show the American people how horrible it is what the world expects Israel to suffer. First, they were stuck inside their houses, just like Israelis under fire from Gaza. We were forced into shelters, cowering in fear with death outside. Now, the American people got a taste of that.”

“Then, as soon as they are allowed out, as soon as the all-clear siren sounds, they are stuck by violence from their own neighbors, just like Israel during the Intifada.”

“All of Israel is praying for the violence to stop and we would not want anyone to suffer or to be hurt. But perhaps the people of America can understand what we go through when rockets fall on us from Gaza when an Israeli can be attacked at any moment in the street.”

Rabbi Weingarten noted that as the time to implement the Peace Plan, it becomes clear that Israel will be forced to divide the land in direct contravention of Biblical law.

“And now, the American government wants Israel to walk away from the land that God told us to protect, the land that we finally returned to after 2,000 years,” Rabb Weingarten said. “God forbid, if the US forces us to do that, will there be another measure for measure teaching them what it means to leave their land? I can’t imagine it but who could have imagined the coronavirus and then these riots?”

Rabbi Yosef Berger, the rabbi of King David’s Tomb on Mount Zion, agreed, noting that this was indeed a case of measure for measure.

“Maimonides taught that once the exile began and prophecy left the world, one of the only ways God can speak directly to us is by middah k’negged middah (measure for measure). He shows us messages through what is happening in the world.”

‘It is clear that historical reasons can be found to explain what is happening and these need to be acknowledged. But from a Biblical perspective, it is not surprising that America is suffering a civil war, which is what it is, no more and no less.”

“Several hidden tzaddikim (righteous Jewish mystics) warned that this would happen. This is the process before the final redemption in which the evil parts of Edom are being revealed in order to be burned away. Edom cannot rejoin Israel until it is purified, until the hatred and bloodthirsty aspects are revealed and rejected.”

Rabbi Berger related to a prophecy in Isaiah relating to and aspect of the Exodus from Egypt that will reappear before the final redemption.

“I will incite Egyptian against Egyptian: They shall war with each other, Every man with his fellow, City with city And kingdom with kingdom. Egypt shall be drained of spirit, And I will confound its plans; So they will consult the idols and the shades And the ghosts and the familiar spirits. Isaiah 19:2

“As its name implies, the greatest power of the United States is in their unity. The coronavirus and now this civil war destroyed that. I have consulted with several hidden tsaddikim (saints) in Jerusalem and they all agreed that the United States will not recover from this.”

“We are in an age where the power does not come from the government but from the One True Ruler; Hashem. The entire point of this is that the people are rejecting the entire concept of a human ruler. America needs to repent and this includes Israel, just as the repentance of Egypt included the Jews. When Abraham made his covenant with God, as part of the covenant, God promised that he would bring judgment to Egypt. The repentance was for Pharoah to send the Jews. Not just to let them go but to actively send them. The same was true for Cyrus.

NOTE: Karmei Chesed is helping to bring the redemption closer through acts of loving-kindness. You can help via their website.