Talkin’ About a Double Standard 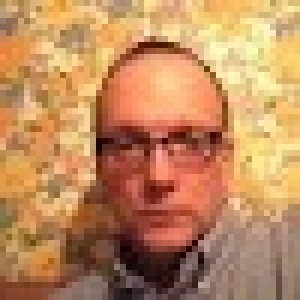 Home » Talkin’ About a Double Standard 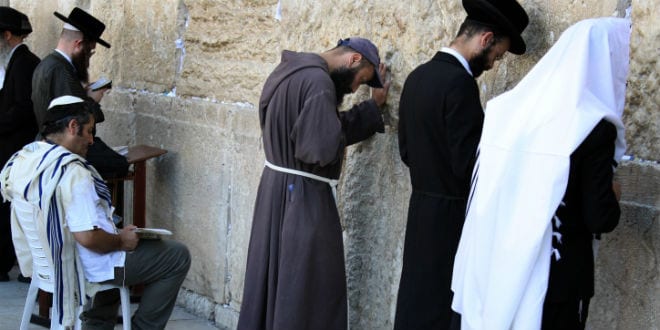 If the leader of a Jewish or Christian charity had posted the type of things on Facebook that the chairman of the board of a Muslim charity had posted on his Facebook page a few years ago, there would be hell to pay. Suppose, for example, the leader of a prominent Christian or Jewish organization in the United States had shared a photo of a rally where protesters displayed a sign that said “Death to China!” or “Death to Iran!”

Suppose the leader of a mainstream Jewish organization had posted a photo of Baruch Goldstein—the man who killed 30 people and wounded more than 120 worshippers at the Tomb of the Patriarchs in 1994—on Facebook and declared him a “hero.” Or maybe the leader an Evangelical Christian organization lionized the Christian Phalangists who perpetrated the massacre in Sabra and Shatilla in 1982.

Within a couple of hours, screenshots of the ugly anti-peace messaging from that naughty Christian or Jew would be all over the internet. Twitter would be aflame with outrage. It might even make the Drudge Report.

The Forward and the Christian Century would be all over it, for sure. Jewish Voice for Peace, J-Street and the mainline peace fellowships would issue statements condemning the leader’s comments.

Christian and Jewish leaders would intone mournfully that the bad man’s postings provided a “teaching moment” about the evils of hate speech. Tikkun Olan and all that.

It goes without saying that leaders of Christian and Jewish communities would lament the terrible things that their soon-to-be-former colleague had posted on Facebook. Because of his violation of the public trust accorded him as the leader of a nonprofit organization in the United States, he would be forced to apologize and resign in disgrace. The scandal would be mentioned in the first few paragraphs of his obituary.

His career as a philanthropist and as a public figure would be over. In sum, he’d be canceled.

But in this case, the Facebook postings did not come from the leader of a Christian or Jewish organization, but Mohsin Ansari, who serves as the chairman of the board of a Muslim charity called Helping Hands for Relief and Development (HHRD). Founded in 2005 and headquartered in Michigan, HHRD does much of its work in Pakistan.

HHRD, which has provided speaking platforms in the United States to extremists, organized a 2017 conference in Pakistan which included speakers from two charities associated with Lashkar-e-Taiba (LT), a well-known Pakistani terrorist organization.

And LT is a jihadist organization. Its leader, Hafiz Saeed, was recently convicted for his role in planning the 2008 attack in Mumbai, India which cost 160 people their lives, including six Americans and six Israeli Jews at the Chabad House in Mumbai. It’s simply not right for HHRD, a charity supported by tax-deductible donations in the U.S., to be providing a platform for speakers from charitable front groups for Lashkar-e-Taiba, a terrorist organization responsible for the death of U.S. citizens.

No matter how strongly they disagree with American foreign policy, American-based charities can’t affiliate with front groups of an organization that has murdered U.S. civilians. It’s a violation of public trust.

HHRD’s decision to work with LT front groups in Pakistan gives some context to the Ansari’s postings on Facebook. In 2017, Ansari shared a photo from Jamaat-e-Islami Pakistan’s Facebook account that showed of a crowd of extremists in Jerusalem displaying a sign that declares “Death to Israel. Death to America.” Above the photo, Ansari typed, “We Love Jerusalem!” (America and Israel? Not so much.)

Ansari’s willingness to post anti-American (and anti-Israel) incitement from a well-known Islamist organization, Jamaat-e-Islami, on his Facebook page is astounding. The man is the chairman of the board of HHRD, a 501C(3) organization operating in the good ol’ USA!

The organization he leads is given tax-deductible status by the very government the protesters in the photo were inciting against! This is clearly a violation of the public trust of the American people.

In the caption he wrote above the photo, Ansari declared that the men in the picture would be regarded by the Pakistani nation as heroes “for generations to come.” This is a pretty odd way to refer to the men pictured, who were accused of crimes against humanity for their actions during the 1971 war.

One of the men in the photo, Motiur Rahman Nizami, was convicted and executed on charges of genocide, murder, and rape for his actions. The BBC reported that Nizami “was found guilty of responsibility in the targeted killing of dozens of Bengali intellectuals in the last days of the war.” Prior to his conviction on the charges related to Bangladesh’s 1971 war for independence, Nizami was convicted and sentenced to death for smuggling weapons to a rebel organization hiding in India.

In a comment beneath the photo Ansari reported that he had spoken with one of Nizami’s sons prior to his execution and that Nizami himself had written a letter to his supporters, asking that they not engage in acts of violence after his execution and that democracy is the best way to achieve Islamic revolution.

Nizami’s apparent change of heart about the use of violence to achieve Islamist goals came too late to stop a spate of machete attacks on secular activists in Bangladesh prior to his execution in 2016.

There is a substantial amount of controversy surrounding Nizami’s trials and execution, but the upshot is that by lionizing Nizami as a “martyr,” Ansari—the leader of an American nonprofit—is lionizing a convicted war criminal.

Interestingly enough, HHRD is a member of InterAction, an umbrella group in the U.S. that lobbies Congress and federal bureaucracies on behalf of 180 relief and development agencies. InterAction’s standards of membership declare that “A member shall recognize that all of its activities impact on the public perception of the NGO community and that it shares a significant responsibility to enhance the public trust.”

Postings like those described above can only undermine the public trust of the NGO community which InterAction’s members are called to uphold.

This is where the double standard comes in. If leaders of any other charity in the U.S. had engaged in this type of propagandizing—regardless of their religious background—they would be excoriated for violating the public trust and harming the reputation of charities in general. The example of World Vision comes to mind. When its activists in Ireland engaged in anti-Israel propagandizing a few years ago, the push back was ferocious and the response from World Vision USA was apologetic.

But for one reason or another, HHRD and the chairman of its board of directors, Mohsin Ansari, were given a pass. There was virtually no media coverage of these ugly postings. Intentionally or not, Ansari broadcast a photo calling for the death of his fellow Americans who, through the workings of their government, have accorded the organization he leads tax-deductible status.

It is a shameful and dishonorable insult to the American people that needs to be exposed by the media and rectified.