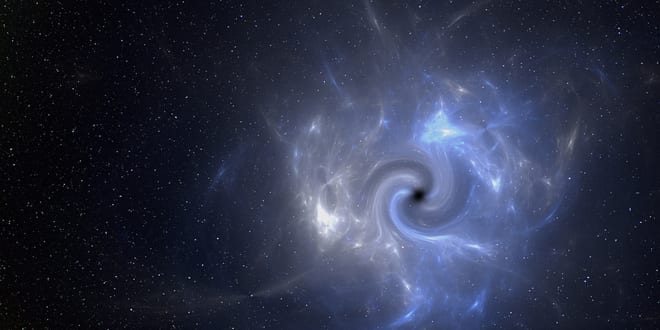 The Black Hole at the Center of the Milky Way Acting Strange; Sending a Celestial “Winking” Signal At the Earth

“The sun shall turn into darkness And the moon into blood.” (Joel 3:4)

The enormous black hole at the center of our galaxy is acting in an increasingly unusual manner, making stars dance around it and blinking in our direction. One rabbi noted that in their quest for answers to the mysteries of the stars, scientists are finally coming closer to what is explicitly written in the Bible.

SGR A*: HUGE, POWERFUL, AND ACTING IN UNEXPECTED MANNERS

At the center of our galaxy, 26,000 light-years away, is a supermassive black hole known as Sagittarius A* (Sgr A*), which is four million times as massive as the Sun.  Because the black hole is so massive, even light cannot escape Sgr A*making it impossible for scientists to observe it directly but by observing the blackhole’s interactions with bright stars or dust clouds that surround it scientists can understand what is happening with Sgr A*.

On the night of May 13, 2019, UCLA astronomer Tuan Do was observing Sgr A* from the Keck Telescope on Mauna Kea in Hawaii. In a span of just two hours, the black hole became 75 times brighter in the near-infrared band of the light spectrum.

Here’s a timelapse of images over 2.5 hr from May from @keckobservatory of the supermassive black hole Sgr A*. The black hole is always variable, but this was the brightest we’ve seen in the infrared so far. It was probably even brighter before we started observing that night! pic.twitter.com/MwXioZ7twV

The flareup was exceptional. In the 20 years since astronomers have monitored Sgr A*, the next-brightest event has only been half as dazzling as this one. Astronomers had several suggestions as to what may have caused it (close encounters with other astral objects, passing dust clouds) but they are still unsure.

But that was not the end of Sgr A*’s antics. A study published in February revealed that at least six objects are orbiting the black hole in unexpected manners.

“These objects look like gas and behave like stars,” said Andrea Ghez, an astronomer at UCLA and co-author of the new study, published in the journal Nature.

Instead of being absorbed into the black hole as expected, they performed a “star dance” around the huge gravity trap.

In a newly released study, published in the Astrophysical Journal Letters in April, a team of Japanese researchers observed Sgr A* through the Atacama Large Millimeter/submillimeter Array (ALMA), an extremely powerful telescope located in Chile. The study, conducted for ten days, was focused on detecting much smaller changes in the black hole.

Their study revealed that Sgr A* was blinking with a 30-minute regularity intermingled with hour-long slow variations.

“This emission could be related with some exotic phenomena occurring at the very vicinity of the supermassive black hole,” said Tomoharu Oka, a co-author of the study.

Scientists attribute the emission to a gaseous disk orbiting the black hole since there can be no emissions from a black hole.

The rate of inexplicable activity at the dark center of our galaxy is increasing dramatically.  A team of French and Belgian researchers led by astrophysicist Enmanuelle Mossoux of the University of Liège in Belgium are about to publish a paper in Astronomy & Astrophysics claiming that the rate of bright x-ray flares from Sgr A* increased threefold from 31 August 2014.

Based on an earlier study by Mossoux, based on observations from the Chandra and Swift observatories collected between 1999 and 2015, the study noted 107 flares in total. Not only were the brightest X-ray flares increasing after August 2014. Further observations up to 2018 detected 14 more flares to add to the previous data for a total of 121.

They said in their paper that this was “unprecedented compared to the historical data.”

These recent scientific discoveries confirm what Biblical scholars have long known. Some experts in Jewish mysticism have suggested that black holes could be compared to Kabbalistic “spheres of nothing”, as it was written in an early Kabbalistic text Sefer Yetzirah: “For that which is light is not-darkness, and that which is darkness is not-light.

Rabbi Eyal Riess, Director of the Tzfat Kabbalah Center, noted that black holes were hinted at in the Biblical story of creation.

“This black hole is exactly what is described in the very beginning of Genesis,” Rabbi Reiss said.

When Hashem began to create heaven and earth, the earth being unformed and void, with darkness over the surface of the deep and a wind from Hashem sweeping over the water Genesis 1:1-2

Rabbi Reiss noted that before creation, darkness existed that was not simply an absence of light. He compared this to black holes which are darkness even in the presence of light.

The rabbi went on to discuss the concept of “tohu va’vohu” which is translated as ‘unformed and void,’ citing the Sefer Yetzirah, the earliest extant book on Jewish mysticism.

“There is a beautiful expression saying that God’s act of creation was an ‘engraving’,” Rabbi Reiss said. “What he did was he carved an empty space into his divine reality, creating a space into which he created the universe. This was a stage prior to the creation in which He made the possibility for consciousness. This is the same thing as a black hole; the pre-creative ‘dark’ space empty of everything except possibility.”

Rabbi Reiss will be holding a special broadcast on Wednesday night in preparation for the holiday of Shavuot.