The Abbas Comedy and the Ongoing Palestinian Tragedy

Home » The Abbas Comedy and the Ongoing Palestinian Tragedy 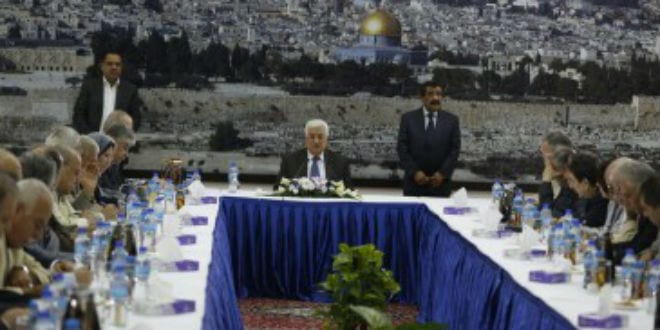 If you think you’ve seen this movie before, you’re right.

Palestinian Authority leader Mahmoud Abbas has declared that he is abrogating all agreements with Israel so many times it’s a wonder that he could do so again with a straight face. Indeed, he started making these threats as soon as he succeeded PLO chairman Yasser Arafat and has never really stopped during the course of the 15 years of his four-year term as leader of the P.A.

The latest occasion for his usual theatrics is the possibility that Israel might extend sovereignty into parts of the West Bank, as envisioned by the Trump administration’s “Peace to Prosperity” plan. Abbas didn’t merely reject the Trump scheme, as he did several other even more generous Mideast plans in the past. He refused even to negotiate with the Trump administration.

The government of Prime Minister Benjamin Netanyahu is looking to take advantage of Trump’s promise that Israel could move on the Jewish settlements there if the Palestinians didn’t join in the talks. So Abbas is attempting to blackmail the world into forcing Israel to back down by threatening to blow up the Middle East—or create enough chaos in the West Bank and elsewhere to make Netanyahu think twice about making good on his campaign promises.

Or at least that’s what he wants the world to believe he’s doing.

Surely, not even the most clueless and credulous observers of the Palestinians—and by that, I refer to the so-called “experts” about the Middle East in the foreign-policy establishment and the mainstream press—could possibly fall for his act.

That’s not just because Abbas has tried this gambit many times before. It’s because even in the same statement in which he made his threat to implode the P.A.—thereby forcing Israel to directly administer the West Bank and to end all security cooperation with the Israelis—he included a caveat basically saying “never mind.”

Even in the same breath that the Palestinians threaten to blow up the region again, Abbas’s mouthpieces conceded that the cooperation would continue. So would the kleptocratic rule of the West Bank on the part of Abbas’s Fatah Party that passes for government in the realm of the P.A.

Why then does he even bother to repeat this tired routine?

Unfortunately, a lot of those “experts” are taking him seriously—or are at least pretending to—so as to gin up opposition to Israel’s sovereignty plans. The notion that the P.A. will dissolve itself is reported as if it is realistic possibility in outlets like The New York Times and cited by Democrats such as their all-but-certain presidential nominee Joe Biden, who continues to falsely assert that Netanyahu is foreclosing even the theoretical possibility of peace.

Just as troubling, sources in the Trump State Department who are hoping to squelch “annexation” are also citing Abbas’s threats. After failing to derail the president’s decisions to move the U.S. embassy from Tel Aviv to Jerusalem and the American withdrawal from the Iran nuclear deal, which experts also opposed, some inside the government think this is an argument they can win.

But the issue here is more than Abbas’s blatant insincerity and cheap theatrics. The P.A. leader won’t make good on his threats because it’s not in his interests to do so.

While Netanyahu is often lambasted for his desire to maintain the status quo in the conflict, which he wisely seeks to manage rather than solve, Abbas is desperate to keep things just the way they are.

Abbas won’t or can’t end the conflict, no matter how inviting Israeli offers of peace might be. Taking that kind of risk would be suicidal since the P.A. has inculcated Palestinians with the message that recognizing the legitimacy of Israel is treason to their national cause.

He also won’t abdicate his autonomous rule over the West Bank because doing so would mean surrendering both power and money. It would also mean that Abbas and his family, in addition to subordinates that profit from their corrupt rule, would have to fend for themselves, just like the hapless Palestinians over which they maintain their despotic rule.

Even more important, Abbas’s vows to end security cooperation with Israel are even less credible than his other histrionics.

Although Israel benefits from being able to coordinate with the P.A.’s various intelligence agencies, the real beneficiary of the scheme is Abbas. Without Israeli security to fend off both Hamas and Islamic Jihad, the P.A. leader’s life would be in jeopardy. He needs Israel a lot more than Israel needs him.

But there’s one more good reason to treat this subject with skeptical derision.

Far from having abided by the Oslo Accords that Abbas now threatens to abrogate, the Palestinians have made a mockery of them from the moment they were signed on the White House Lawn in September 1993.

Though the late Yitzhak Rabin made the argument for the peace process by saying that Arafat would fight Palestinian terror, he was tragically wrong. Arafat was never against terror; quite the contrary, he was inciting, planning and funding it. His successor Abbas carries on the tradition of paying for terrorism through the pensions and salaries the P.A. gives those who commit violence against Jews and Israelis with higher amounts going to those who shed the most blood.

That’s why Israelis are so disillusioned with the sort of mindless talk about peace and a two-state solution that passes for informed comment on the situation by people like Biden and the op-ed writers at the Times.

The tragedy of the Palestinians is that they could have had peace and an independent state if their leaders been willing to give up the illusion that Israel could one day be eliminated. Instead, they have chosen corruption, fantasies about the end of Israel and more comedic relief from Abbas. It’s a poor bargain, but until Palestinians decide they want something better from their leaders, it’s all they’ll ever have.