Jerusalem: An Eye to the Future Amid the Challenges Today, Built on the Foundation of the Past

Home » Jerusalem: An Eye to the Future Amid the Challenges Today, Built on the Foundation of the Past 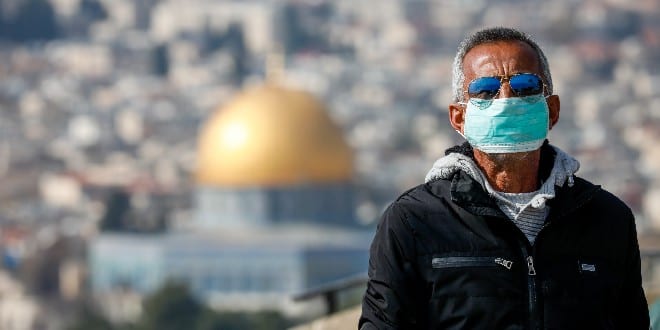 Since King David established Jerusalem over 3000 years ago, it has had many noteworthy leaders.  Some are Biblical icons. Some are modern political, religious, and civic leaders. Numerous tyrants have conquered, destroyed, and occupied Jerusalem. In the modern era, there have been several leaders who have stood out for their noteworthy building of the city and activities on behalf of all the residents.

Deputy Mayor Fleur Hassan-Nahoum will go down in Jerusalem’s history as one of these. Since joining Mayor Moshe Lion’s team, and being designated essentially as Jerusalem’s Foreign Minister, Deputy Mayor Hassan-Nahoum’s vision for Jerusalem has been celebrated. She’s made unique inroads being able to put this into action, particularly as it relates to how people overseas relate to Jerusalem, and how Jerusalem relates to them. One of her passions is connecting modern Jerusalem with Christians worldwide, based on its Biblical significance.

While Jerusalem faces many new challenges, the significance of the rebirth of Israel with a united Jerusalem as its capitol under Jewish sovereignty is significant Biblically, as the fulfillment of prophesy, and geo-politically.

Yom Yerushalayim, Jerusalem Day, celebrates the anniversary of the miraculous reunification of all of Jerusalem in the 1967 Six Day War.  It’s observed on the Biblical calendar, the 28th of the month of Iyar, corresponding with May 21-22 this year.

When we pray for the Peace (Shalom) of Jerusalem, it’s doesn’t just mean no war. In Hebrew, the root of “Shalom” comes from the word that also means “wholeness” or “togetherness.” In light of some of the challenges facing Jerusalem today, and with an eye to the future, Hassan-Nahoum provided some sage insight as how to keep Jerusalem together.

What’s the current state of Jerusalem due to the Corona crisis?

Nearly three months have passed without any tourists, primarily because the pandemic has halted tourism. For Jerusalem, whose economy is largely based on tourism, this is a terrible blow. Nearly 10 million tourists visited the city in the two past years. Now there are none. This has taken a drastic hit on the economy, especially among people in the tourism industry like hotels, restaurants, gift shops, tour guides, and bus drivers. But the impact has also been felt among people servicing the tourism industry. Tens of thousands of people work, directly and indirectly, in Jerusalem’s tourism industry. Many of these have no work now.

Why do things seem worse in Jerusalem than the rest of Israel?

Jerusalem has faced many challenges since reunification, like wars and terrorism. But the Coronavirus has been particularly challenging because our economy is heavily based on the tourism industry and there’s no end in sight.

As strange as it may be for people to hear, Jerusalem is also one of Israel’s poorest cities, largely because of the high percent of Arabs and ultra-Orthodox Jews, among whom there is a higher rate of poverty. That means less tax revenue for Jerusalem from a large portion of the population, but a higher need for municipal services. All this has been exacerbated by the pandemic.

What do you see for Jerusalem’s future coming out of the crisis?

We have established a committee to plan for the resuscitation of tourism, engaging all sectors of the industry, to rethink tourism, including more domestic tourism, until tourists from abroad are back, and to make that more attractive. It won’t be an overnight process.

We need to maintain all public services and, as Israel’s largest city, provide for the weakest among us. This is unique in Jerusalem. These include elderly and Holocaust survivors, families of at-risk children, and Jews and Arabs alike who suffer a high rate of poverty.  This is a challenge, but a responsibility we take seriously.

What are some of the ideas to remake tourism?

I want to create packages combining hotels with sightseeing; religious sites, museums, gardens, and even the Biblical zoo. As soon as the crisis ends and international tourism begins to come back, we envision a surge in visits to the holy sites. Because of our uniqueness religiously, we need a thoughtful plan specifically for the Holy Basin: the Temple Mount, City of David, Christian sites, the Western Wall, and surrounding areas.  Jerusalem needs more coordination in tourism which is central to my plan. We need to map the next two years, and understand what tourists need in order to feel safe. We also need to help the industry understand that it may have to reduce profit in order to breathe life into their industry. We are all in this together.

Ultimately, we will come out of this stronger, as Jerusalem always has.  We will have to create a more of a boutique experience that’s less crowded, fewer people in dining rooms, limiting the number of people at sites, etc.  Those who have been here before may be disappointed, but we may need to rethink the incredible all-you-can-eat buffets, with hundreds of people wrestling in line. The most important thing is health and safe hygiene.

How has Jerusalem been blessed during the crisis?

Thank God, Jerusalem is blessed by a wide network of organizations that existed before the crisis and have stepped up to fill the gap among the neediest.  Even though everyone is struggling through hard times, we are grateful that so many from abroad, Jews and Christians in particular, have helped.  Because Jerusalem is central to Jews and Christians, one of the special blessings is the Genesis 123 Foundation, a coalition of Jews and Christians who have come together to provide for serious needs among those most at risk.

What are some unique things we have to look forward to in the coming year?

I am looking to make Jerusalem the model in post Corona tourism, so we can welcome back our Christian and Jewish friends, restoring tourism here, as well as be a light unto the nations in a way that we never projected, but which I hope will help others internationally. I can’t wait to see our streets full of visitors again from throughout the world.