Why GodTV is the Worst Form of Anti-Semitism

Home » Why GodTV is the Worst Form of Anti-Semitism 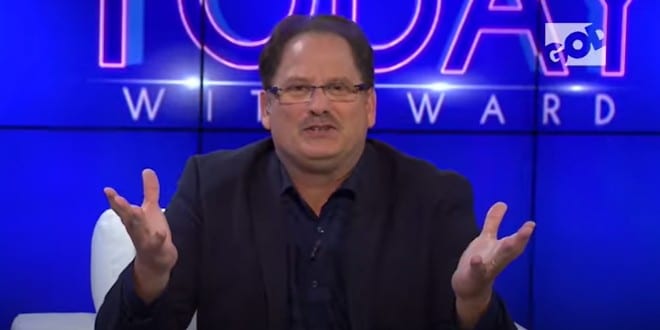 I’ve held off on writing about the GodTV controversy, not because I didn’t care but because I care too much. It has been the focal point of many heated editorial meetings but BIN has only published one article on the controversy written by my esteemed colleague, Dr. Rivkah Lambert Adler. But I find that I have too much that I want to say, points that I feel must be said in the public arena.

Jews and Christians will never agree on proselytizing. For Jews, proselytizing is strictly forbidden and discouraging conversion is an actual part of the process of converting into Judaism. A Jew who preaches is suspect. For Christians, preaching is hard-wired, a mission they received from Jesus. Jews, especially religious Jews, simply cannot understand why anyone would perceive preaching as a positive act of faith.

It has taken me several years but I finally am able to understand that Christians perceive proselytizing as an act of love. They want to share the best thing in their life with me. I should note that I have many Christian friends and only one of them has ever proselytized to me. And I don’t think it is because they don’t love me. A few times, I have turned to my Christian friends, asking them to explain certain points of faith, aspects of Christianity I was unfamiliar with and needed to understand. I have had to press hard to get an explanation because they are so reluctant to discuss Jesus with me.

I should add that whether it is true or not, I consider myself to be unconvertible. I am a very simple man and my mind is not sophisticated enough to hold more than one faith. I am genetically Jewish and my DNA cannot make the jump. When I tell my friends that I stand accused of being an undercover Christian missionary, they laugh hysterically, telling me that I could not possibly be an undercover anything. I am entirely transparent. What you see is what you get.

I am in awe of pro-Israel Christians. For me, they are the single most powerful proof that we are currently in the final days before Redemption. I value my Christian friends, not despite their Christian faith, but because their Christian faith has brought them to a love of the God of Israel.  They are wonderful people and I sincerely consider several of them to be family.

And I believe this is mutual. I believe that many Christians view Israel as the manifestation of prophecy. They truly love Israel in a way I wish many Jews in America would. But I also wish my Christian friends would accept that in order for me to be a Jew, living prophecy in Israel, I cannot and do not believe in Jesus or accept him as my savior.

And Jews believing Jesus is an oxymoron, A Jew can remain a Jew ethnically but is not a practicing Jew or a believing Jew. He is a Jew who believes in something other than Judaism.

That being said, Christians need to understand that proselytizing Jews is not, as you believe, an act of love. It is, in fact and in entirety, anti-Semitism in its original and eternal form. You cannot claim to love the Jew, as Jesus would have, while hating the Judaism inside of him. You do not love the Jew if you reject the most essential aspect of his soul. The Jewish soul was put there, inside every Jew, at Mount Sinai. It was put there as God’s will as described in the Bible yet you would change that.

The people of BIN and Israel365 have been working very hard to build bridges to connect with Israel-loving Christians and we have very few red lines. One clear red line is replacement theology. I am astounded that few Christians fully understand how deeply replacement theology has worked its way into the very soul of their religion and how much damage it has done to their faith.

But until this point, I have continued to work with Christians with the knowledge that they view my Jewish faith as flawed and if they had a choice, they would have me accept Jesus as my Savior. As a Torah Jew, I do not see them in the same way. It pains me deeply but this knowledge does not prevent me from having a deep and meaningful relationship with them. I do so because it is my understanding that in the manner of the first two Temples in Jerusalem, the Third Temple will be a House of Prayer for All Nations, a place where we are all required to be our true selves and accept the other. It will be a place for non-Jews to come and praise the God of Israel (not the Jewish God but the God of the Bible we share)  before returning to their normal lives.

I love the faith of my Christian friends and would not want to change them to be more like me. I will not tell them how to connect to God. But if I could, I would love to see my Christian friends lead a reformation in the Christian world that would allow Christians to accept me as a Jew without rejecting the Judaism that is the essential me. For the time being, I do not judge my Christian friends for that belief and I know in the depths of my heart that they do not reject me. I strongly suspect that I have created a dilemma for them, which may be the reason they do not want to tell me about the details of their faith.

I love these people, as I love Jews who believe in the God of the Bible, the God of Israel (as he self-identifies) and hope to look around and see them all in Jerusalem when God finally reveals himself in Jerusalem.

That being said, I reject GodTV for what they do but I do not advocate to shut them down. I am a strong believer in free speech. GodTV borders on hate speech, as I explained above, but even hate speech must be allowed in a free society.

But there are those Jews who perceive GodTV as an assault on the Jewish people by the Church, the likes of which we have seen countless times throughout history. Presented in Hebrew, GodTV is focused on preventing the prophesied return of the Jews to Israel, replacing it with a Christian incarnation albeit populated with ethnic Jews.

I reject GodTV because it is driving a wedge between Christians and Jews, endangering the relationship between the new breed of Jew which exists in the land of Israel and the Christians who see us as the manifestation of God’s eternal covenant. I do not understand why evangelicals who love Israel so much would support such an endeavor. I am entirely perplexed at the great investment in a project that yields such meager results. My understanding is that very few Jews convert (accepting Jesus constitutes religious conversion, though the person remains an ethnic Jew). I find it deeply disturbing that converting Jews is such a priority, the highest accomplishment. There is surely no room for any relationship between Christians and Jews if that is the case.

The opening of GodTV has generated enormous animosity among the Jews, even secular Israelis. The Israeli government will soon decide what it will do about the future of GodTV. But I think the more pressing questions are for Christians:

-Are you willing to endanger or cut off your relations with Israel in order to have GodTV preach to Israelis?

But the more important questions are hidden inside the issue:

-Can you accept Jews as Jews, the spiritual descendants of Abraham, Isaac, and Jacob, as we are, without Jesus as our savior?

-Will you choose a future that includes Jews an Christians walking separate paths to a common Final Redemption? Or do you prefer to perpetuate a historical relationship of Inquisitions and Holocausts based on rejecting the Judaism inside the Jew that you claim to love?

I fear that I am issuing an ultimatum to the Christians I love, forcing them to choose between their fellow Christians, who cannot accept a Jew who does not accept Jesus, and a relationship with Israel. But the Mishna teaches that Elijah the prophet precedes the Messiah in order to pull in those who got pushed out and push out those who forced their way in. The end-of-days will most assuredly be divisive.  The Christians describe it as separating sheep from the goats. Our tradition teaches that only 20% of the Jews left Egypt and even fewer returned from Babylonia. Many of my fellow Jews have turned their backs on Israel in a manner that was unthinkable for even the most secular Jews just a few years ago. That decision is part of a growing divide separating the Jewish nation into two distinct entities in a manner that may be permanent.

Yes, I am losing a lot of Jewish brothers but what I received in return was an entire new set of friends that was equally unimaginable a few years ago: Christians who shockingly feel more like brothers than the Jews who rejected Israel. I am asking my Israel-loving Christian friends to become my complete brothers: to set aside any thoughts of converting Jews or of having us accept Jesus, to accept me as I am, to accept Israel as we are, and to reject missionizing in the Holy Land.