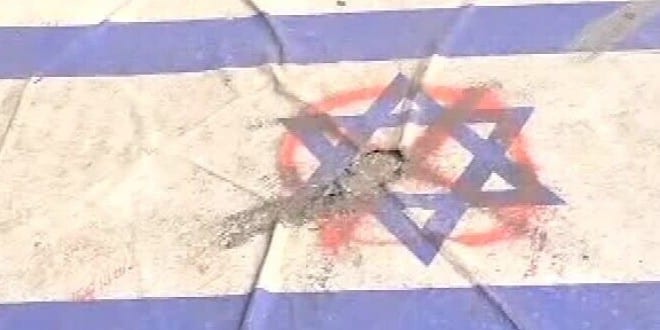 “Annexation Would Hurt Israel” declared the headline of a May 8 op-ed in The New York Times by Mideast scholar Daniel Pipes. According to Pipes, the incorporation of any part of the Judea-Samaria territories into the State of Israel is a bad idea because it will anger a lot of people. But the historical record shows that such fears are not well founded.

U.S. President Donald Trump will “erupt in fury,” writes Pipes. Democrats will be “alienated” from Israel. “Major European states” will be outraged. The hope for improving relations with moderate Arab regimes will “quickly blow up.” And it could “incite” Palestinian Arabs to violence.

There’s no need to speculate about what might happen if the whole world becomes angry at Israel … because it’s happened before. Let’s recall that episode and examine the consequences.

It was in June 1981. Ignoring the danger that many people around the world would become angry, the Israelis bombed Iraq’s nuclear-weapons facilities.

The pro-Israel Republican president, Ronald Reagan, condemned the Israeli action and even suspended the delivery of F-16 fighter aircraft as punishment.

Undersecretary of State Walter Stoessel Jr. testified before the House of Representatives that the Reagan administration, was “dismayed by the damage which has been done to the search for peace in the Middle East” by the Israeli action. He accused Israel of “embarrassing” Egyptian President Anwar Sadat.

In fact, the Israel-Egypt peace treaty proceeded without interruption.

Some Democrats defended the Israeli strike, but many did not. The chairman of the House Foreign Affairs Committee, Rep. Clement Zablocki (D-Wis.) condemned Israel and praised Reagan for withholding the planes.

Sen. John Glenn, (D-Ohio) denounced Israel for “taking the law in its own hands.” Rep. David Brown (D-Miss.) blasted the Israelis for failing to wait “until they had exhausted diplomatic efforts.” He said Israel “acted in a way which endangered the peace process.”

Yet most Democrats continued to be pro-Israel. The changes in their party regarding Israel were decades away.

Daniel Pipes is worried about “major European states” criticizing Israel. Well, they criticized Israel in 1981, too. So what?

The British called the Israeli bombing “unprovoked.” The French, who had built the Iraqi nuclear reactor that Israel bombed, demanded that Israel pay reparations for the damage caused. (“Did the Allies pay reparations after they destroyed the Nazis’ atomic plant at Peenemünde and elsewhere during World War II,” Israel’s ambassador to the United Nations responded.)

Anti-Semitic Austrians were up in arms. The Nazi war criminal Kurt Waldheim, then serving as secretary-general of the United Nations, vehemently denounced the Israelis. So did Prime Minister Bruno Kreisky, who accused Israel of acting “according to the law of the jungle.” Kreisky said the problem with the policies of the Polish-born Israeli Prime Minister Menachem Begin was that “they think in such a warped way, these Eastern Jews, because they have never had political responsibilities.”

Was it so terrible that all these people were mad at Israel in 1981? Not really. The United States remained pro-Israel, despite the occasional disagreement. The Europeans continued trading with Israel, because it benefits their economies, regardless of political disagreements. Egypt went ahead with its peace treaty with Israel because it was in Egypt’s interest.

That’s more or less what would happen today, too. Various governments will condemn Israel if it annexes part of Judea and Samaria. But they will continue to have relations with Israel because it’s in their interest to do so. Their bark is much worse than their bite.

The Palestinian Arabs certainly will object. Perhaps they will stage a few riots. But how different would that be from the current situation, in which Palestinian Arabs periodically fire rockets from Gaza or stab Israelis at random? I have full confidence in the ability of Israel’s security services to deal with such eruptions, as they always have.

First: It will affirm the Jews’ right to their national homeland. Judea and Samaria have been the heart of the Land of Israel for 3,000 years. “Annexation” is not the correct word—that term implies taking over some foreign territory. “Reunification” is the accurate word.

Second: It will abolish a grievous double standard. The hundreds of thousands of Israelis who reside in the territories have a right to be governed by Israeli law, just as 98 percent of the Arabs living in Judea and Samaria are governed by the laws of the Palestinian Authority.

Third: It will put an end to the threat of “Nine Miles Wide.” Israel requires permanent control of the Jordan Valley, the Etzion bloc and the other areas under discussion in order to have defensible borders.” Giving those areas to the Arabs would mean a retreat to the pre-1967 armistice lines, when Israel was just nine miles wide and could be cut in two in a matter of minutes.

It’s one or the other. “Annexation” and some international whining—or nine miles wide and a daily threat to Israel’s very existence. That’s the choice Israel really faces.