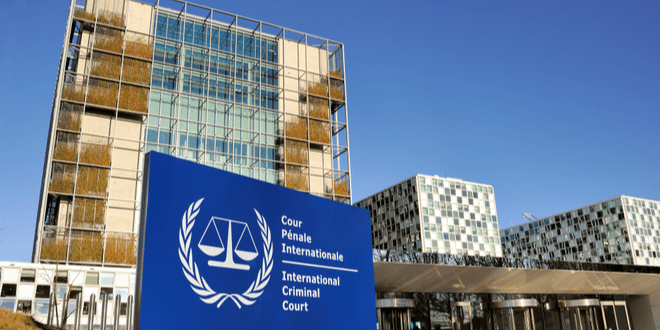 On the eve of the American Secretary of State Pompeo’s visit to Israel, an NGO called ‘Combatants for Peace wrote’ to Knesset members, warning them against personal liability under customary international law for whoever supports the annexation plan.

Combatants for Peace is financially backed by the EU, Germany and the New Israel Fund.

“There are countries that observe the Universal Jurisdiction, as well as other possible sanctions. Therefor, you are advised to seek independent legal consultation before reaching a personal decision whether or not to vote in favor of the annexation, in order to examine the contents of this letter and the personal consequences you might be facing”, the letter said

In the letter, that was sent to all 120 Knesset members, Combatants for Peace explains that the notice was sent in order to inform the MK’s that voting in favor of a unilateral annexation of Judea and Samaria, fully or partially, will hold them personally responsible for committing major crimes under customary International Law and for violating United Nations Security Council Resolutions, which therefor may expose them to various personal sanctions around the world. Among other things the letter says:

“this notice is sent to you since the head of the transitional government, Mr. Binyamin Netanyahu, and the Knesset Chairperson, Mr. Benny Gantz, misrepresent the situation as if a unilateral annexation will be considered legal if personally approved by the President of the United States Mr. Donald Trump. The President of the United States has no legal authority whatsoever to approve a violation of the International Law.

Throughout History there were many cases of American presidents who politically, financially and militarily supported regimes and leaders of countries in Latin America, Africa and South East Asia, and enabled them to perform major crimes as defined by International Law. Some of these leaders were tried in their own countries, or in international criminal courts, for war crimes, crimes against humanity and genocide, while others were condemned in Truth Commissions, were excommunicated and their possessions confiscated.”

MK Matan Kahane, from the right-wing Yemina party, tweeted that he received the letter and hinted that he intends to burn it in honor of the Jewish holiday of Lag B’Omer.