Plagues and Rainbows and Blessings from Israel

Home » Plagues and Rainbows and Blessings from Israel 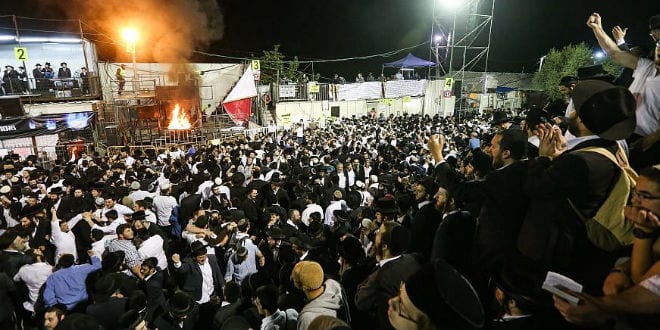 This week is the milestone of two major events in Israel that relate to each of us and the Corona crisis pandemic, no matter where we are.  I’d like to share these, tie them together, and share a prayer from Jerusalem based on the common principles derived from these.

This week, Jews in Israel and around the world celebrate Lag B’Omer, a holiday celebrated on the 33rd day of the counting of the Omer, the days between the beginning of Passover and Shavuot (Pentecost), which falls on the 18th day of the Biblical month of Iyar. Lag B’Omer is considered to be a day of celebration, during an overall period of mourning.

It’s customary on Lag B’Omer to celebrate weddings and other joyous milestones, and with big community bonfires. This year of course, because of social distancing bonfires have been prohibited, and other celebrations will be muted.

While we can all relate to living in a period of mourning, according to Jewish tradition, we celebrate Lag B’Omer as the day on which a plague ended that killed 24,000 disciples of the first and second century Jewish sage, Rabbi Akiva.

Rabbi Akiva lived during one of the most tumultuous times in Jewish history, the destruction of the Second Temple.

Today we are living in one of the most tumultuous times in human history.

It is said that Rabbi Akiva began his rabbinic career at the age of 40, already an old man at that time. Due to his brilliance, charisma, and creative interpretation of the law he was propelled then, and remains today two millennia later, one of the greatest Jewish leaders and thinkers of all time.

Rabbi Akiva is well known for the principle that he taught his disciples, “You must love your friend like you love yourself – that is a one of the fundamental teachings of the Torah.” Today, this teaching is a popular song upon which Jewish children grow up singing.

As we struggle with isolation, Jewish and Christian leaders and ministries have worked diligently to embrace this principle, and create loving, albeit virtual communities.

There are different interpretations as to the cause of the plague that killed Rabbi Akiva’s followers, just as there are speculations about what caused the plague today. Some say the plague’s victims were casualties of Roman Emperor Hadrian’s attempt to obliterate Jewish life.

Others say that it was because of unkind and competitive behavior among Rabbi Akiva’s disciples, in direct contrast of what he stood for.

Neither are mutually exclusive. Whatever happened to cause the death of so many of Rabbi Akiva’s students, Lag B’Omer continues to be celebrated as the day on which the tragedy ended, and hope was restored. May this week also become at least the turning of the corner in the end of the devastation we have all suffered.

This week is also the anniversary of Israel’s declaration of independence on the secular calendar, May 14. in its Declaration of Independence, Israel’s founders stated that “The State of Israel will be based on precepts of liberty, justice and peace taught by the Hebrew prophets; will uphold the full social and political equality of all its citizens without distinction of race, creed, or sex; and will guarantee full freedom of conscience, worship, education and culture.”

As much as the destruction of the Second Temple during Rabbi Akiva’s life was tumultuous, the rebirth of Israel and restoration of Jewish sovereignty is a milestone at the opposite end of the spectrum no less significant.

While we have a way to go to fully realize our founders’ vision of 72 years ago this week, based on generations of Jewish teaching, one can sum it up, and the simple philosophy of Rabbi Akiva, in the scripture of Leviticus 19:18, to “Love your neighbor as yourself.”

I didn’t know Rabbi Akiva, or any of the founders of Israel. But I do know that his principles guide many of our religious and civic leaders today.  There are many challenges before us, but many are rising to the occasion to create and strengthen communities, virtually.  This includes the many ways that Christians and Jews are connecting with one another on the basis of what unites us, including Israel. For that we are blessed.

Jewish tradition teaches that when we see a rainbow, we say a prayer of thanksgiving, “Blessed are You, Lord our God, King of the Universe, who remembers the covenant, and is faithful to God’s covenant, and keeps God’s promise.”

We are familiar with the idea of finding a pot of gold at the end of a rainbow, but why does a rainbow deserve such a special blessing?  In Genesis 9:13-15 God establishes a covenant with Noah, using the rainbow as a sign of this covenant, “between Me and the earth.”

He says, “When I bring clouds over the earth, and the bow appears in the clouds, I will remember my covenant between Me and you and every living creature among all flesh, so that the waters shall never again become a flood to destroy all flesh.”

The rainbow is a symbol for God to remember His covenant not to destroy the earth again.

As we find ourselves in the throes of a pandemic that’s wreaking havoc and destruction on so many; medically, economically, psychologically, and in many other ways, join me in prayer: Aveinu she’bashamayim, Our Father in Heaven, we beseech you as your children and creation, each approaching you according to our own faith, to show us Your rainbow and reaffirm Your covenant with us today.

Please end the plague today as you did in Rabbi Akiva’s day that we may serve you.

Please grant a full and speedy recovery to those among us who are ill, and provide healing and comfort to those who have lost a loved one in this recent plague. Bless with abundance those suffering because of fear or economic instability.

Please continue to guide our leaders with Rabbi Akiva’s vision, that we love our neighbors as ourselves, and may we come out of this stronger, individually, and as a community. As we live in trying times, please give us the resources to help our faith to remain strong.