The Myth of Saudi Moderation

Home » The Myth of Saudi Moderation 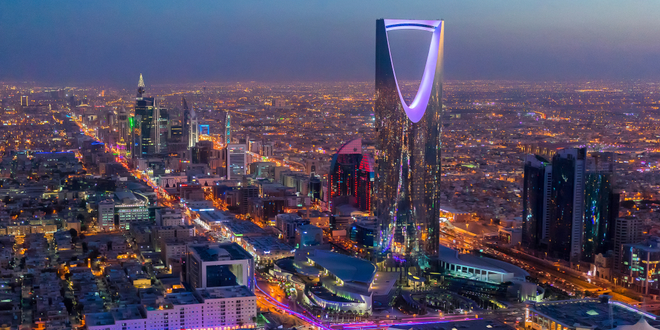 They almost had me believing.

The Saudis, that is. Last week, they almost had me believing that they are truly becoming moderate and really do accept Israel’s existence. Then the mask came off, and my hopes all came crashing down.

What got my hopes up, all too briefly, was the controversy over a new series on Saudi television concerning relations between Jews and Arabs in the Persian Gulf in 1948. Since Saudi Arabian society is completely controlled by its authoritarian government, it was big news that some Arabs were denouncing the TV series for depicting the Jews too sympathetically.

And not just financing—let’s not forget those crates of U.S.-made rifles that were sold to Saudi Arabia and then were discovered in PLO terrorist bases when Israeli troops entered southern Lebanon in 1978. If those were the weapons that were discovered, it’s a good bet that many other Saudi-purchased weapons were shared with the terrorists, too.

But earlier this year, a delegation of presidents of American Jewish and Zionist organizations visited Saudi Arabia. These Jewish leaders proclaimed that the Saudis were becoming more tolerant and reasonable. I wanted so much to believe them.

The producers of the series, which is called “Umm Haroun,” went public to answer their detractors and explain themselves. Since the Saudi media is completely controlled by the Saudi government, we may assume that what the producers said is consistent with what the regime officially wants. As the Times of Israel noted, “producers [in Saudi Arabia] must heed red lines set by the region’s autocratic rulers.”

That’s a polite way of noting that Saudi television producers who don’t toe the government line could end up like Jamal Khashoggi, the exiled Saudi dissident who was kidnapped by Saudi agents and dismembered inside a Saudi consulate in Turkey.

So, here it is—the Saudi government line, as articulated by Ali Shams, the head writer for “Umm Haroun,” in an interview with the Associated Press: “We differentiate between Jews and Israel. Israel occupied Palestine and committed atrocities against the Palestinian people.” Producer Emad al-Enazy added: “Our work has nothing to do with politics or normalization. The Palestinian cause is our cause.”

As if that were not clear enough, Prince Turki al-Faisal, a prominent member of Saudi Arabia’s ruling family and a former intelligence chief for the regime, gave a prime-time interview to clarify where Riyadh stands. He explained by way of a weird anti-Israel conspiracy theory: “The main promoters of this idea of normalization are Israel, the leftist Palestinian organizations and other movements that are hostile to the kingdom.”

There you have it, in black and white. The Saudis still hate Israel and slander its good name with blood libels about “atrocities.” The only kind of Jews they can tolerate are those that lived as second-class citizens in the Arab countries before 1948.

“Umm Haroun” depicts the Saudi version of the “Good Jew”—the one who lives submissively under Muslim domination. They have a word for that in Arabic: dhimmi.

Yes, the Saudis occasionally find themselves at odds with some group or government that is anti-Israel; hence, al-Faisal’s reference to “leftist Palestinian organizations” and the Saudis’ well-known tensions with Iran.

I won’t deny that Saudi and Israeli leaders may be dealing with each other under the table as they fight the common enemy in Iran, but it’s just that—it doesn’t mean the Saudis now accept Israel or will officially do so any day soon.

So, let’s not kid ourselves. Let’s not pretend to see “moderation” where there isn’t any. The Saudi public is still being fed the same old lines about Israel. The Saudis simply haven’t changed.