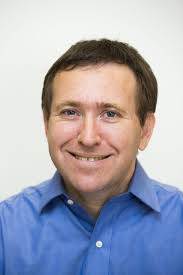 As life in Israel slowly begins to return to normal after over 200 people died and over 15,000 too sick from COVID-19, over a million remain unemployed or on unpaid leave. Three people have already been reported to have committed suicide out of desperation over their economic state.

More than a third of the dead lived in long-term geriatric homes where COVID-19 tests, which the Health Ministry allowed only very late, and initially, the ministry centralized testing in less-than-efficient labs and focused mostly on people arriving from abroad. Significant numbers in ultra-Orthodox cities and neighborhoods were not prevented from celebrating holidays, studying and praying in large groups, resulting in disproportionate numbers of infection and deaths in this sector.

Was the crisis – which nearly brought the country to a standstill and caused much suffering – managed skillfully by the Prime Minister’s Office, the Health Ministry and other ministries, the security services and other bodies? Or is criticism widely heard only due to hindsight?

In a new study published online on www.arxiv.com, Hebrew University of Jerusalem business Profs. David Gershon and Alexander Lipton and infectious disease epidemiologist and public health physician Prof. Hagai Levine of the university’s Braun School of Public Health and Community Medicine show that – based on real-life data, Israel and other countries could have controlled COVID-19 without lockdown.

ArXiv is a free distribution service and an open-access archive for 1,690,780 scholarly articles in the fields of physics, mathematics, computer science, quantitative biology, quantitative finance, statistics, electrical engineering and systems science, and economics. Materials on this site are not peer-reviewed.

The authors noted that pandemics are nothing new and have been afflicting humankind since prehistoric times. While the Black Death,

which devastated Europe in the 14th century and killed about 30% to 60% of Europe’s population, others included the Russian flu (Asiatic Flu between 1889 and 1890, which caused some one million fatalities worldwide; and the Spanish flu in 1918-1919, which was caused by the H1N1 virus and was considered to be the most severe pandemic in recent history.

In theory, wrote the university professors, authorities can stop an epidemic by using the medieval method of quarantining all the population for a prolonged enough period. “However, the economic and social toll of a long lockdown these days is catastrophic in any dimension.  Expected consequences include enormous unemployment and social aspects of quarantine, such as isolation and loneliness, low access to healthcare, drug abuse and domestic violence, hunger and social unrest and on top of it the destruction of the economy will cause an enormous deficit that will weigh down the economy for years.”

It is expected to ask if the lockdown is really necessary or is it an act that governments triggered too late when the pandemic has already spread out massively, they continued. “Often, governments state that the purpose of the lockdown is “to flatten the curve” or in simple words to ensure that the health system does not exceed its full capacity. In the case of COVID-19, the likely measure is if the number of beds in the intensive care unit (ICU) is enough for all the patients that require ICU.” The ministry seemed petrified of the possibility that intensive care and internal medicine departments in the public hospitals would be overwhelmed by patients with severe illness, forcing doctors who choose who would live and who would die.

While there were predictions that thousands, or even tens of thousands of COVID-19 patients would have to be sedated and ventilated in hospitals and authorities scrambled to purchase many more respirators, there are currently only around 100 needing this treatment.

They authors developed a very detailed and precise model to calculate the consumption of ICU beds and hospital beds in general during the spread-out of the pandemic. It considers each of the stages of the disease and separates between different population groups (for example by their vulnerability to the disease, residential density and behavioral characteristics) and calculates the rate of infection, hospitalization and ICU beds for the different populations.

The model was calibrated with real-time data from recent research articles about COVID-19 in different countries with information about infection rates, hospitalization and death cases as well as number of patients in ICU.

According to the model, if a country adopts a policy of social distancing as much as possible, including at work, 14 days self-quarantine of every person with symptoms such as fever or cough, testing all individuals with symptoms and hygiene measures including facemasks in public places, then “in most cases there is no need in lockdown. By now, all the high-risk population is aware of the danger and the need to over protect itself in general more than the low risk population. Naturally, frequent testing is an advantage that improves the control on the infection but the model assumes that there are limitations with the number of tests that can be provided,” they wrote.

One of the model’s conclusions is that in countries where the number of ICU beds for COVID-19 patients is above 60 beds per million (depending on the ratio between the high- and low-risk population and the level of compliance of the population to the hygiene measures), then no lockdown was necessary and when the number of ICU beds for COVID-19 per million people is below 60 then a temporary partial quarantine of the high risk population may be required but in any case the economy and society can continue to operate.

When the numbers that correspond to Israel are plugged into the model then under the worst assumptions and without any lockdown, the number of ICU beds for COVID-19 patients would not exceed 600, the professors continued. It was published that before the COVID-19 burst there were 2000 beds in Israel and currently around 3000 beds. This means that the lockdown was unnecessary and could be stopped and replaced with a responsible policy of hygienic behavior in public places mentioned before.

One can explore the results of the model on countries like Sweden, Singapore, Taiwan and South Korea, they continued. “In all these countries, there was never a lockdown, and the health system never got close to full capacity, even though the number of ICU beds per population is less than in Israel.

As for countries like Italy, Spain and the US, where despite the lockdown thousands of people died, the professors’ explanation is two-fold.  First, in these countries the number of people that die every year from seasonal flu is extremely high. Among the reasons is the exceptionally high percentage of high-risk population due to aging; second, most likely, when the lockdown was finally placed, the number of infected people was already enormous, and no hygiene measures – which could have reduced the infection rate significantly –

were adopted before,” they concluded.

No comment was received from Israel’s Health Ministry by press time.