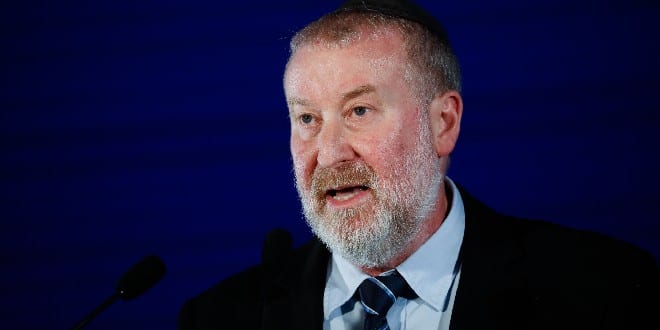 Israel’s Supreme Court, and the Justice System as a whole has long been accused by Israel’s right as enjoying a disproportionate amount of power and clout in the day-to-day political agenda. They are often accused as working in collusion with the EU as well as the Soros backed New Israel Fund to allow for the destruction of various Jewish villages in Judea and Samaria on questionable legal grounds.

For example, in the Jewish village of Netiv Haavot in Judea, no one has yet proven ownership of the land in question. And despite the fact that the legislature certified the homes as legal, the Supreme Court ordered the homes demolished in 2016. The ruling was petitioned by the Soros affiliates “Peace Now,” together with several Arabs who claimed ownership of the land despite a complete lack of evidence. This same type of judicial overreach is what also led to the destruction of the Judean towns of Migron and Ofra.

The role in the disengagement

One of the more egregious cases of Judicial overreach was when former Prime Minister Ariel Sharon was about to be tried on corruption charges. But once he enacted the disengagement from Gaza, which involved evacuating 8,000 Jewish Israelis from the strip and essentially giving the coastal enclave over to Hamas, the case against him was suddenly closed by the Attorney General claiming that “it does not interest the public.”

Former Member of Knesset Zvi Hendel claims to have first hand knowledge that Sharon carried out the disengagement to avoid his legal insurrection in a report revealed by the JCPA. Defense Minister Moshe Ya’alon served as chief of staff until ten weeks before the disengagement echoed Hendel’s sentiments in a book called Derech Aruka Ketzara (The Longer Shorter Way).

Netanyahu acknowledges the deep state from within the Justice System. According to a report in Haaretz, The prime minister has been heard saying that strings of this shadow government are ostensibly pulled by the prosecution. He also believes that prosecutors and judges have a symbiotic relationship whose goal is ousting him.

Netanyahu’s not the only one

Consistent justice ministers, even from the left have noted that there is a deep state within Israel’s Judicial Branch. Compounding the accusations, Rabbi Daniel Asor notes that the building of the Supreme Court was donated by the Free Masons which is why it features a pyramid on its roof – a widely viewed inappropriate ornament for an institution that’s supposed to represent the Jewish state.

And so June of 2019, Netanyahu appointed his fellow Likud loyalist Amir Ohana as the Justice Minister. Ohana, a fierce defender of the separation of powers, then appointed Dan Eldad as state attorney in February. Eldad has a reputation among many for fighting for justice within the Justice system.

The ‘Deep State’ strikes back
The Attorney General, Avichai Mandelblit, who has been a leading force in the push to indict Netanyahu, has seemingly out of nowhere, instructed Eldad to resign immediately, and has instructed Ohana to fire his new appointee. His reasoning is because Eldad “holds meetings with Ohana behind his back.” It should be noted that such meetings are not in contravention of either the spirit or letter of the state attorney’s role.
The real reason
The reason is because apparently, Mandelblit has some skeletons in his closet and Eldad, unlike other state attorneys, isn’t afraid to investigate them.
A request to investigate why the case involving Mandelblit’s role in a scandalous military deal called the Harpaz affair was closed despite overwhelming evidence implicating the attorney general. That evidence could lead to an embarrassing trial for Mandelblit.  And so, Mandelblit is calling for Ohana to fire Eldad. They are ignoring his calls noting that Mandelblit has no authority to act on the matter.
Calling for back-up

Suddenly, hundreds of lawyers, judges and all of the State Prosecutors seemed to have rallied behind Mandelblit and wrote a letter backing his call to fire Eldad.

The patriots respond
In response, the Eldad has organized close to a hundred lawyers and retired judges to support his investigation. In addition, Eldad has also issued a complaint with the State Comptroller against Mandelblit. And although the State Comptroller has no legal authority over Mandelblit, the complaint. which under normal circumstances would be filed with the Supreme Court, couldn’t be filed there because the Supreme court is backing Mandelblit.
The battle has just begun
The fact that practically the entire justice system is calling for Eldad’s head without a clear reason why seems to indicate that the ‘deep state’ feels threatened by Israel’s patriots. It could also indicate that Netanyahu is finally fighting back.