After Holocaust Day:Germany-EU Warn that Jews Should be Restricted From Living in Judea-Samaria

Home » After Holocaust Day:Germany-EU Warn that Jews Should be Restricted From Living in Judea-Samaria 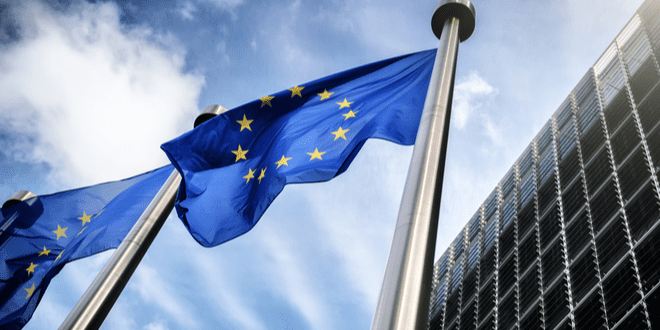 Rather than congratulate Israel on forming a unity government after three elections, many governments responded by warning the new alliance against annexing Biblical Judea and Samaria thereby allowing Jews to fulfill prophecy by returning to the homeland promised to them by their covenant with God.

Netanyahu and Gantz, political rivals, agreed to form a unity government this week in which Netanyahu would remain prime minister for 18 months before handing over the position to Gantz for the remainder of a three-year term.

The agreement also stated that the new government would  bring Donald Trump’s “vision for peace” to a government vote from 1 July. The plan gives Israel full military control over Judea and Samaria. This would hopefully prevent the region from being used as a base of  terrorism, as Gaza has become since the IDF exited in 2005 and ethnically cleansed all Jews from what was once a thriving community.

The Netanyahu-Gantz deal stipulates that any Israeli action would need US backing, and must take into account Israel’s peace treaties with neighbouring Jordan and Egypt.

The European Union and several European states, including Germany, France and the United Kingdom made public statements saying that Israeli annexation of Judea and Samaria would endanger their relations with Israel.

China also warned Israel of annexation. This comes at a time when the Chinese Navy is threatening military action against Malaysia in the South China Sea over disputed oil territories.

The announcement comes significantly the day after the Holocaust Day of Remembrance. The first stage of the genocide perpetrated against the Jews of europe in 1939 was to restrict Jews from entering specific sections of Germany and by later deporting them. It should also be remembered that the inception of Palestinian nationalism began with an alliance between Haj Al-Amin Husseini, the mufti of Jerusalem, and Nazi Germany.

The UN’s special Middle East envoy Nickolay Mladenov on Thursday said that anyu Israeli moves towards annexing the “occupied territories” would be a “devastating blow” to the two-state solution which calls for the creation of an unprecedented Palestinian political entity inside Israel that is ethnically cleansed of Jews. The EU said annexing Palestinian territory “would constitute a serious violation of international law.”

The German mission said it “advises against the annexation of occupied Palestinian territories” as this would have negative repercussions on the viability of the two-state solution and Israel’s standing in the international community.

March 12 marked 82 years since Adolf Hitler, a native Austrian, led Germany to annex Austria, which led to more than 65,000 Austrian Jews being murdered during the Holocaust.

French Ambassador Nicolas de Rivière went further and said annexation “would not pass unchallenged and shall not be overlooked in our relationship with Israel.”

In stark contrast, U.S. Secretary of State Mike Pompeo said on Wednesday that annexing parts of the West Bank is “ultimately Israel’s decision to make.”