‘In End of Days, We’ll Demand Freedom Like in Egypt. But this time: it’ll be from the Vatican’ say Rabbi

Home » ‘In End of Days, We’ll Demand Freedom Like in Egypt. But this time: it’ll be from the Vatican’ say Rabbi 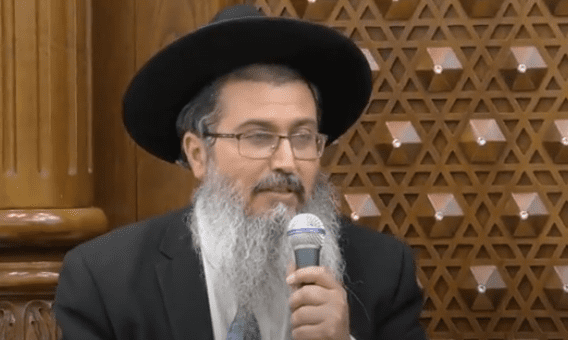 In the book of Micah, we learn that in the End of Days, the final redemption will mirror that which took place in Egypt.

I will show him wondrous deeds As in the days when You sallied forth from the land of Egypt. (Micah 7:15)

According to the spiritual leader of the Yanar Institute in Jerusalem, Rabbi Daniel Asor, just as in Egypt, the world will be enslaved by a cabal of Globalists headquartered in the Vatican. At that point, the Jewish Messiah will struggle with the ‘Black Pope’ in the same fashion that Moses did to free the Jews from Egypt.

The current black Pope is Jesuit Father Arturo Sosa Abascal, superior general of the Society of Jesus. Asor explains that the Jewish Messiah “will go to that Black Pope and demand that he release his nation from slavery.”

So how does the world enter slavery to begin with?

According to Rabbi Asor, it’s all related to the coronavirus and it involves both Bill Gates and 5G technology. The rabbi explains that ultimate plan of the globalist cabal is to reduce the world’s population just like Pharoh did when he had the nation of Israel cast away their first born.

Then Pharaoh charged all his people, saying, “Every boy that is born you shall throw into the Nile, but let every girl live.” (Exodus 1:22)

Asor claims that Microsoft founder and champion of Third-World Humanitarianism Bill Gates, who is investing in a COVID-19 vaccine, will insert a microchip into the vaccine that he is developing to track our movements. Gates has openly stated that vaccines are a means of reducing the population. He has also called for a “digital certificate” for health records. Additionally, his company Microsoft owns International patent #060606 which is a cryptocurrency system using humans who have been chipped as the “Miners”. Finally, Gates has said he wants to vaccinate “the entire world.”

According to Asor, “the technology the vaccine’s chip will work in tandem with 5-G technology. The combination of the microchip and the 5-G will enable the Globalist Cabal to track all of our movements wherever we are in the world and even have the ability to kill us with it.”

“This will place the entire world in bondage” Asor adds.

At that point, the Black Pope, who Asor claims prays to Lucifer and “practices the same witchcraft that Pharaoh did” will arise and “convince people that he is the second coming.”

He sources this in a Medrash which says that the head of the New World Order in the end of days will be Armelios adding that according to Pirkei Rabbi Eliezer, ‘Armelios will claim to be ‘Christos’.”

Shlomo allied himself by marriage with Pharaoh king of Egypt. He married Pharaoh’s daughter and brought her to the City of David [to live there] until he had finished building his palace, and the House of Hashem, and the walls around Yerushalayim. (Kings 1 3:1)

Asor also says that “the Royal family of England are direct descendants of Pharaoh.”

However Rabbi Asor concluded his vision with a silver lining saying that we have “no one to rely on but God” adding  that the best way to avoid such a scenario was to to teshuva – or repentance.