Hilltop Youth vs. the World

Home » Hilltop Youth vs. the World 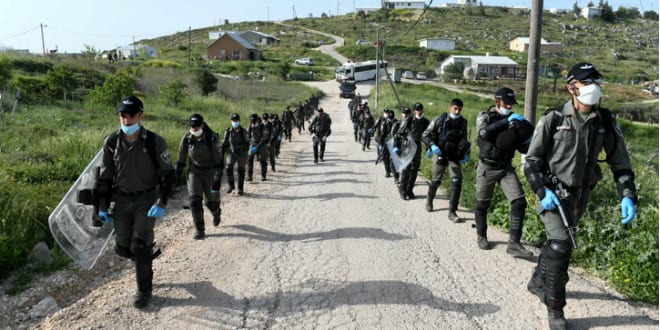 I want you imagine a quick scenario.

Imagine a group of teenagers between the ages of 14-16 in the United States. And instead of being glued to Instagram all day like many of their peers, they set off to the country side in Montana to build houses with their bare hands.

Most rational people would probably say that these young men are to be admired for their work ethic and grit. You might even go so far to say that they are the gold standard for today’s youth.

Now take those very same kids and transplant them to the Samaria region of Israel. Those same kids, are what’s better known as the ‘Hilltop Youth’.

Hilltop youth is a pejorative term for teenagers from Judea and Samaria who build homes on deserted hilltops in the region.

Somehow, the Israeli media has succeeded in vilifying them to the point of even calling them domestic “terrorists.” They justify these slanderous accusations by claiming that those same kids are responsible for vandalizing Arab property with graffiti. Yes, you heard correctly, in Israel, the mainstream media has painted all of these Hilltop Youth with a broad brush as terrorists because of vandalism that according to just about every investigation, they didn’t even commit. You really can’t make this stuff up.

The result is an all out information war against these teens by not only the media, but by the Shabak (Israel’s secret police) who will stop at nothing to vilify them in an effort to justify their arrests on trumped up charges. In fact, just this week, the Shabak called a man who employs two Hilltop youth to warn him that his hard-working employees “are not innocent” (that’s really what Israel’s Secret Service have been reduced to).

But that’s nothing compared to the almost nightly harassment and false arrests these Hilltop youth endure at the hands of the Israeli police at ranches like Kumi Uri next to the settlement of Yitzhar in the Samaria region.

At least three times a week, the police at the behest of the Shabak, show up to Kumi Uri to either destroy the homes they built, arrest them without charges or just to threaten them with arrest.

Meanwhile, a gag order was place on an indecent whereby an Arab vehicle was set on fire. Needless to say, the police spokesman himself violated the gag order to blame the indecent on (who else but) the hilltop youth.

Making matters worse, Defense Minister Naftali Bennett, who claims to be the man who keeps Netanyahu right-wing, came out condemning the “actions” of the hilltop youth saying that they“crossed all red lines.”

“We have ordered security forces to find the suspects as quickly as possible and bring them to justice, so that the message will come across clearly: you pay for violence,” Bennett said. Mind you, the condemnation at a time when Bennett is not allow to discuss any details of the case let alone lay blame on the alleged perpetrators.

But this rhetoric was the perfect set up for another police initiated showdown at Kumi Uri on Wednesday when around 500 border policemen, during the peak of the coronavirus lock-down, raided Kumi Uri and destroyed several homes despite the fact that the homes themselves weren’t violating any property or zoning laws. They didn’t even have a warrant from the court.

Furthermore, these homes were supposed to be protected under an order issued by the Army itself not to destroy homes during Israel’s coronavirus lock-down.

But as Israel slips deeper and deeper into an all-out police state, the hilltop youth have no one to protect them against the police’s crusade of abuse and corruption against them. Not the Supreme Court who displays an obvious pro-Arab agenda and not even defense minister Bennett, the supposed champion of the settler movement.

The difference with Haredim

Yes the Haredim are also abused by the police but at least they have representation in the Knesset who will go to bat for them.

The hilltop youth on the other hand, have no one in power that will protect their civil rights. The Israeli government, the Palestinian Authority and the EU have all united in a vicious crusade against these teenagers whose big crime was nothing more than to just build a few houses.

In the meantime, organizers of the Hilltop youth have set up a fund to help rebuild Kumi Uri. The entire world has still failed to break their holy spirits.